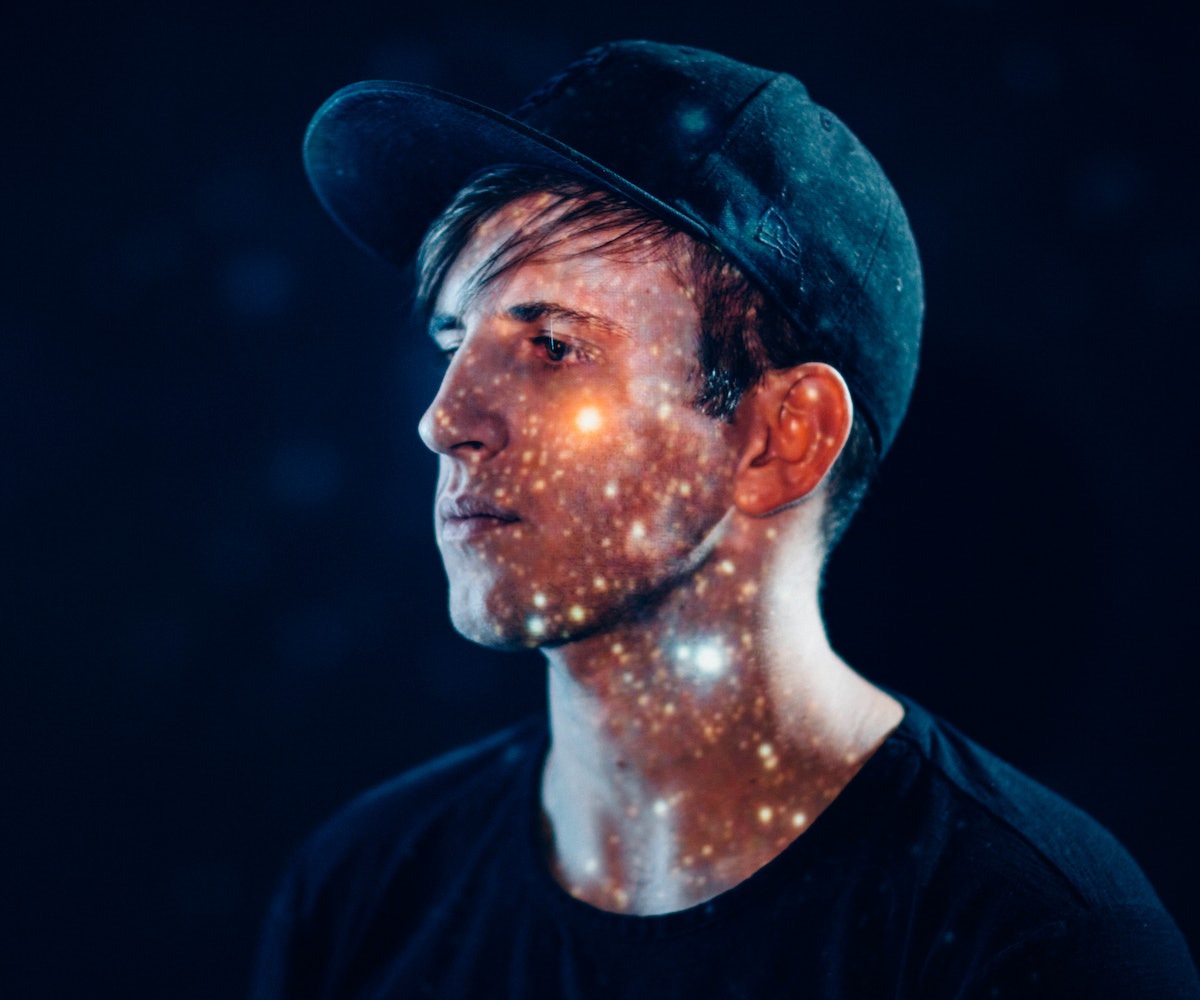 The electronic dance scene is changing. It's becoming more niche, and we're on board. The diversity of sound and Choose Your Own Adventure type of journey the scene has evolved into is a welcome departure from the build-drop mentality of just a few years ago. Illenium is one of its new leaders.

As the story goes, Nick Miller felt the pull to make music after seeing Bassnectar do his thing at Red Rocks, Colorado. From there, Illenium was born, and last year, he dropped the transformative Ashes LP. He has an ear for melody and layers tracks to create lush beds of sound for vocalists to soar over, under, and through. It's introspective and deeply moving. His latest single, "Fractures," marks a new chapter in Miller's career, one that already has a stellar Gryffin collaboration to its name. Today, we're proud to premiere Trivecta's remix of it—a remix that takes the original to transcendental heights. Illenium is the future. Plus, with a new tour on the way filled with what we're told is 99 percent his own material (something most producers don't do today), he's breaking even more new ground. Get into it below.

How far I've come. Making music has totally changed my life and brought me from my lowest point to the highest. It's an opportunity I'm incredibly grateful for. Looking back, it still amazes me that things turned out the way they did.

I feel like it's always someone different. Today I'm going with Elon Musk. That guy is just on another level, and I'd love to hear him out on everything going on in the world today.

Eden is so good for any activity, including driving.

In all honesty, I think every artist has to take their own path, but I really like the career path of Bassnectar and Griz. They just have such die-hard fans, and I love the longevity of it. Griz has awesome music, but he also connects with his fans on another level that I really love.

Probably the studio that Trevor [Said the Sky] and I built in our house. Out of necessity, I've had to become more comfortable with creating music while on the road, but I prefer being at home.

Probably my SF Giants hat. I already wear it all the time, so it wouldn't be that much of an adjustment. It's my hometown, so gotta rep it!

They're not superstitions if they actually work...

The '60s just because there were so many iconic musicians and performances. I'm afraid if I went too far back, I might die of dysentery or something, so I'll stick to the last 50 years.

If I have the time, I try to meditate for a little bit each day. Just to clear my head and remind myself to stay in the present. Other activities I'll do alone are playing "Rocket League" or watching TV (Game of Thrones!).

Definitely when I'm creating music. It's sort of like meditation for me, everything melts away and my mind focuses only on what's right in front of me. I've yet to find anything that can compare to that.

Ready Player One by Ernest Cline was so awesome. I think it's not too far off either because it's all about the world in a post-apocalyptic setting and it's basically unlivable. Everyone starts to exist mainly in a virtual world to escape what the world has become. I heard they're making a movie out of it which would be really sweet.

I was a lot different back then. [Laughs] I was super into lacrosse, so I guess you could say kind of jock-ish.

Asking for help used to be one of the hardest things for me to do. I've since learned that humbling yourself and reaching out takes a lot of strength. That it's not a sign of weakness to ask for help. I had to learn that the hard way, but it's made me the person I am today—someone who's able to show up for my friends and family.

I don't have any phobias, but I just learned about an interesting one: hippopotomonstrosesquipedaliophobia. No joke, it's a fear of long words.

I'm not too big on going out. I think some people have a misconception that being a DJ or producer is all about rocking shows and partying. When I'm home, I prefer to stay in and make music, play "Rocket League," and just hang out with my girlfriend and dog.

It's not a new hobby, but I would absolutely be stoked to get back into skiing! I love the mountains in Colorado but have been so busy with touring that I haven't had the chance to get up there in awhile.

I'm hoping to have another album out by the end of the summer!

I try not to get too far ahead of myself. One thing I'm sure of is I want to continue making music and continue sharing it with people. If I'm still doing that five years from now, I'll be happy.

"A day at a time." That one phrase got me through a lot of hard times and gave me the strength to keep moving forward. Sometimes all you can do is put one foot in front of the other and keep at it. Small actions add up to big outcomes. Take the first step, then take the next.