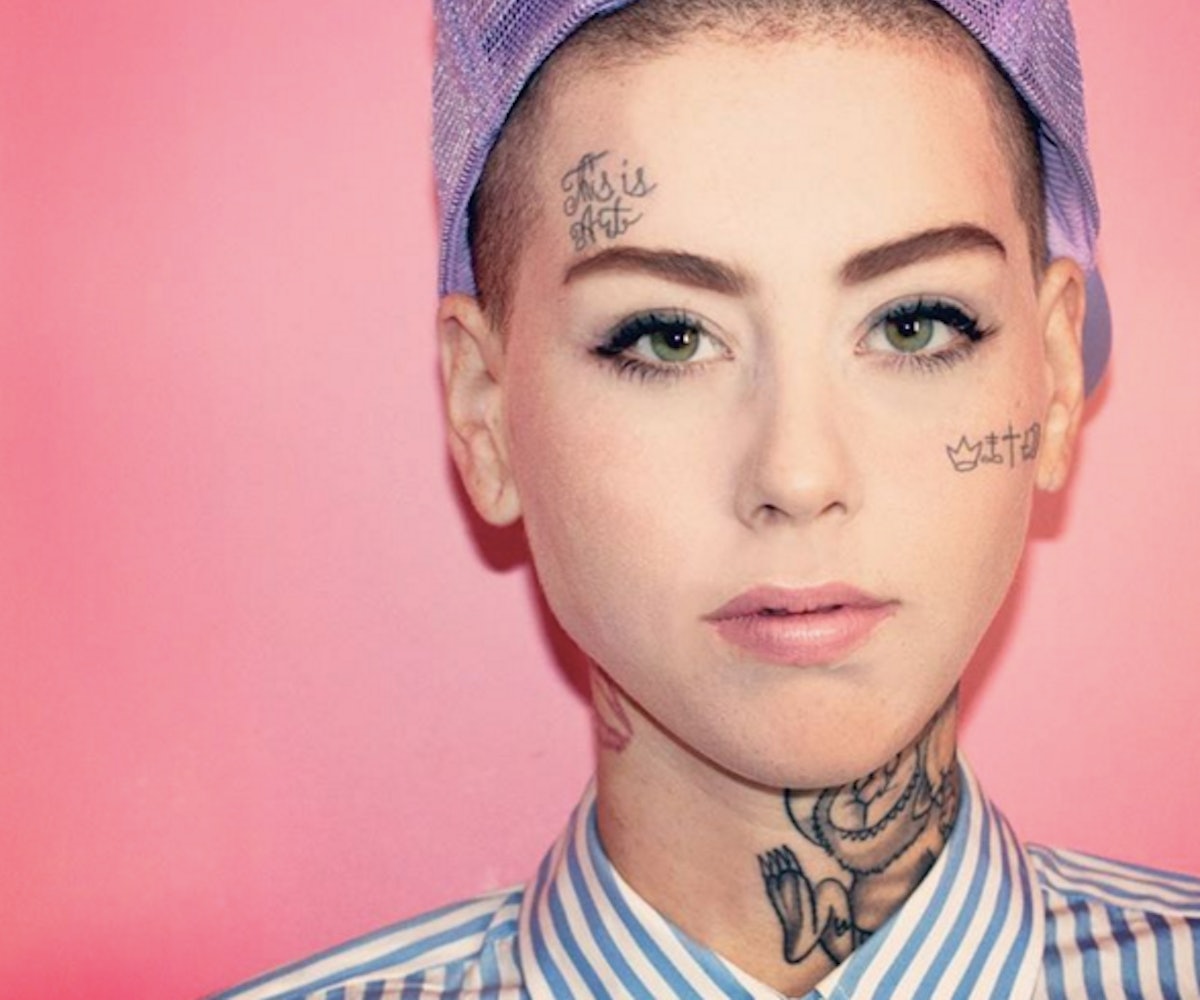 Illma Gore's Donald Trump saga just took a very ugly turn. According to Gore—who gained notoriety recently when her nude painting of the U.S. republican hopeful made headlines—she was punched in the face by a Trump supporter outside her L.A. home.

"Today I was punched in the face by a man who got out of his car and yelled, 'Trump 2016!' in Los Angeles, just days after I returned home from London and just down the road from my house," Gore wrote on social media underneath a photo of her newly blackened eye.

"Though I encourage passion, opinion and emotion, especially though art, I think violence is disgusting. To live in a place where Facebook has given my address to an anonymous third party makes me feel like I am homeless again. This type of violence makes creatives feel like we live in a world where our individual creative input isn't safe."

Gore went on to address Trump directly, pleading with him to stop "glamorizing and perpetuating violence."

"I am sad that this is the state of our America right now," Gore added. "I am sad that Trump, and many of his supporters, don't find words enough to express their opinions—they need walls, waterboarding, and punches."

According to Gore, the culprits fled the scene laughing. She has filed a detailed report with law enforcement. If you have any information about the assault, please contact the proper authorities.

NEXT UP
The Art Issue 2022
True Life: My Partner Is Obsessed With NFTs
Culture
There’s a Second M3GAN Trailer To Tide You Over Until January
Culture
Bong Joon Ho's Sci-Fi Adaptation 'Mickey 17' Will Star Robert Pattinson
Culture
Lana Del Rey Announces 'Did You Know That There's A Tunnel Under Ocean BLVD'