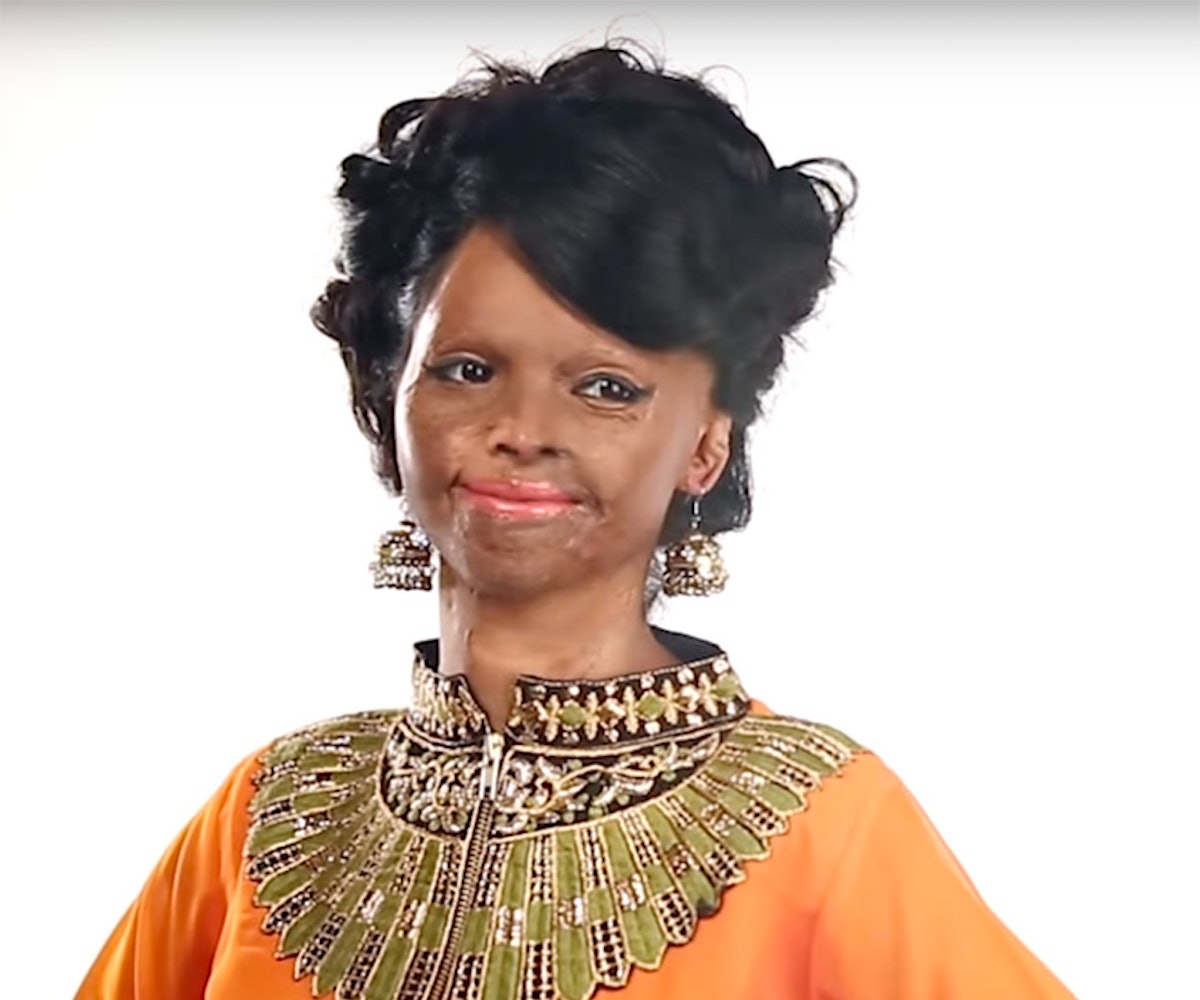 Laxmi Saa, a 26-year-old victim of a brutal acid burn attack, has become the new face of Viva N Diva, a huge Indian-based manufacturer and distributor of designer saris. The company chose her for the campaign because they want to change people’s views of beauty, showing the world that it is much more a person’s physical attributes. Co-founder Rupesh Jhawar told BBC in an interview that, "For a moment I had seen beauty in a very different way and we wanted to capture it—remove any speck of being a victim from those eyes and give them a stage, an employment, a platform, a medium to flaunt it with style."

Saa was only 15 years old when she was attacked by the 32-year-old man that she refused to marry, which left her with permanent burns on her face, neck, and arms. More than 10 years later, she is now one of the most outspoken activists fighting to stop acid attacks in India, helping to run a campaign out of Delhi. She told BBC, “This opportunity to represent an apparel brand was a platform for me to set an example for women like me to be confident and have courage despite their physical appearances. This was also a platform for me to send a clear message to criminals that women will not lose courage even after they are attacked with acid to destroy their physical beauty.”

Check out the inspiring campaign video below.