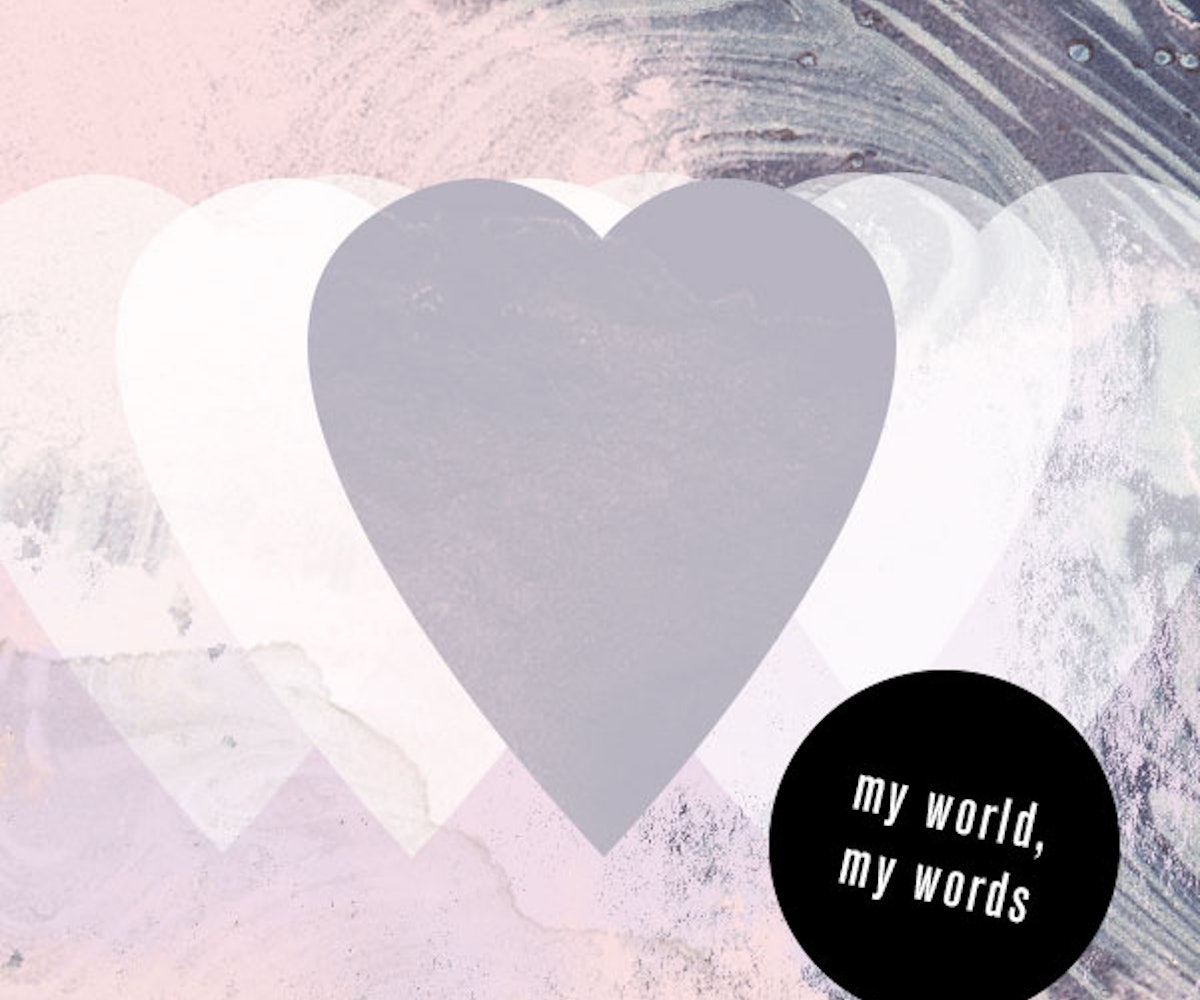 London, October 2011: It is our mutual friend’s birthday. A and I are seated next to each other at a pub overlooking the Thames and St. Paul’s. I had moved to London a month prior to pursue my Master’s degree, and am meeting him for the first time. I think he is slightly vanilla; he thinks I’m a bit of a bitch. We both come from Hindu families from neighbouring states in India. With one glaring difference: His family is from the highest Brahmin caste, and my family is of the slightly lower Kayastha caste.

London, December 2011: It is the day before my birthday. Through fairly bizarre circumstances, A and I have found ourselves at a Starbucks on Marylebone High Street. Our conversation lasts for five hours. We have found that elusive “connection.” We discuss our third-culture-kid Indian origins, our families, our international upbringings and educations (his in Malaysia; mine in Oman), and our love of travel (I disingenuously claim that I love hitchhiking and staying at hostels).

It is the day after my birthday. My resolution this year is to date more—say "yes" to everything. My Blackberry beeps: A asks me on a date. It feels like fate, even to a staunch atheist such as myself.

London, January 2012: It is our first date. I’m nervous—I haven’t been on a date in a long time. He is running five minutes late. I quickly down a vodka shot to dull the nerves and brush my teeth. He takes me to a Malaysian restaurant in Soho. Our reservation isn’t on the database, and we are comically shoved into a corner table next to the fuse box and forced to sit side-by-side to avoid the swinging door. It is not awkward. We laugh; he orders like a pro, thanks to years spent in Penang. It is the best date of my life.

Santorini, April 2014: It is my father’s 60th birthday. A and I have just became a long-distance relationship; I am moving to Denmark for a new job, and he is moving to the States for his MBA.

We have spent two gloriously happy years together in London. We lived together; we travelled together; we drank our way through every bottle of Pimms in W1 during the summer, and often found ourselves in obscure, little pubs on a quest to find the best mulled wine in the winter. We messaged each other during the day, suggesting new restaurants to try for dinner (inevitably ending up at our favorite gourmet burger joint on Dean Street). When we were broke, I would research interesting recipes for us to cook together, he as my sous chef, sportingly doing everything I hated (chopping onions and cleaning). We would argue every Saturday morning—he wanted to sit in the park, I wanted to stay in bed and watch Netflix.

The sunset over the Caldera is one of the most spectacular I have ever seen. We are having cocktails on the terrace of our beautiful boutique hotel in Fira. He asks my parents for my hand in marriage. They're ecstatically happy and agree wholeheartedly.

Copenhagen, June 2014: A proposal in haiku form over homemade quinoa salad and Champagne across my white Ikea dining table. I, of course, say yes. How did I get lucky enough to wind up spending my life with the best human being I have ever met? Can anyone possibly love each other more than we do?

Bombay, July 2014: Our parents meet to discuss the wedding. It will be the quintessential Big Fat Indian Wedding—400 people celebrating six events over the course of three days. I want a destination wedding in Marrakech or Kerala; his parents insist on Bombay. A doesn’t really care “as long as we are married at the end of it.” We agree to host the wedding in Bombay. I want a sunset wedding; his parents insist on the traditional Hindu 2 a.m. ceremony. A thinks his parents are being unreasonable. I want to serve meat and alcohol at the wedding; his parents fear being viewed as sinners because of it. A agrees with me, but is worried about damaging his family’s conservative reputation.

His caste, Brahmins, are typically vegetarians and teetotallers. Mine, Kayasthas, are meat-eaters and alcohol-drinkers with a strong laissez-faire streak.

Our parents reach a compromise: The non-vegetarian food will be placed at the opposite end of the vast venue, away from the delicate sensibilities of the Brahmins, and alcohol will only be served to my family and guests. A and his brother both eat meat, and the entire family (barring his mother) drinks alcohol. However, during the wedding, they will do neither for fear of scandalizing their extended family.

Seattle, July 2015: We have been engaged for over a year. A’s brother invites me to Seattle to surprise him for his birthday. A week before I leave for Seattle, my father receives an email from A’s father. “If there is meat or alcohol at the wedding, my family will not attend.” Their pious Brahmin guests are horrified by our openly Kayastha lifestyle.

A and I fight. “We are respecting your family’s way of life, please respect ours,” I implore. He agrees with my point of view. We spend a week together in Seattle, discussing our course of action. He decides to inform his family that he will take control of the wedding.

Our kiss goodbye was perfunctory, routine. We were meeting the following month in Bombay to organise our wedding clothes together. It would have been the shortest amount of time we would be apart since we had begun long distance.

We never saw each other again.

Marbella, July 2015: I am on my annual holiday with my family. A’s family has descended upon Seattle, and I am riddled with anxiety. A calls me: His family has revoked their support for our marriage. They have threatened him with disownment if he insists on marrying me. His mother, in hysterics and desperately embarrassed of having an unapologetic Kayastha daughter-in-law, threatens to take her own life if he chooses to be with me.

“I’m weak,” he pleads. “Please convince them that we are happy.”

I refuse. “Your family is vehement in their belief that I am an unsuitable daughter-in-law; why would I willingly go into a hostile environment to convince them that I am good enough for you? I have made you happy for three-and-a-half years. Can’t they see that? Isn’t it your job to tell them that we want to be together? Isn’t our marriage non-negotiable to you? It is to me, but I shan’t beg. Is the petty detail of what my family eats and drinks more important than us being together?”

In the face of extreme familial and societal pressure, he crumbles. With his family campaigning so aggressively against us, he neither defends me, nor the life we have built together.

We were a modern, Indian couple living in a modern, global world. We were color-blind, vociferous in our stance against homophobia, religious fanaticism, and misogyny. We believed in total equality. But, we were no match for the caste system. The caste system isn’t simply about lifestyles; it is tightly bound to classism and women’s rights, and is fiercely insular. Deeply ingrained in his family, the horror of their ascetic Brahmin image being tarnished by a lower-caste daughter-in-law nullified my personality, education, career successes, and the happiness A and I found with each other.

A—terrified, torn, and unable to take a stance—is far guiltier of being parochial and intolerant than his backward family is, simply because he is far more educated and exposed than they are. Despite everything he has seen, studied, read, and experienced, his family’s regressive logic and sinister threats have overpowered his own principles and moral code. A is a good, kind man. But his weakness of character invalidates his benevolence.

The caste system has taught me that we have not progressed. The world is not a better place. We are still governed by ideologies that should be obsolete—hegemony, segregation, sin, and being pure-blooded, if you will. All societies continue to be influenced by ignorant ideologues who are staunch in their outdated faiths. Does being vegetarian make you a good person even when you refuse to treat another human being with respect and dignity?

In a globalized world, we are learning to be more dogmatic every day. In a time when barriers are rapidly collapsing, we insist on frantically clutching on to the anachronistic beliefs that make us feel superior. We secretly take pride in our bigotry, because we are the chosen ones who have been born into lives of divine privilege. Everyone with a different belief is an infidel, a sinner, or a heretic.

Today: I am an atheist who enjoys beef and wine, smokes cigarettes, pays her bills on time, travels the world, reads terrific literature, and worships only Stephen Fry. My morality is tied not to what I choose to put in my body, but to how I treat the people around me. And I won't apologize for it.