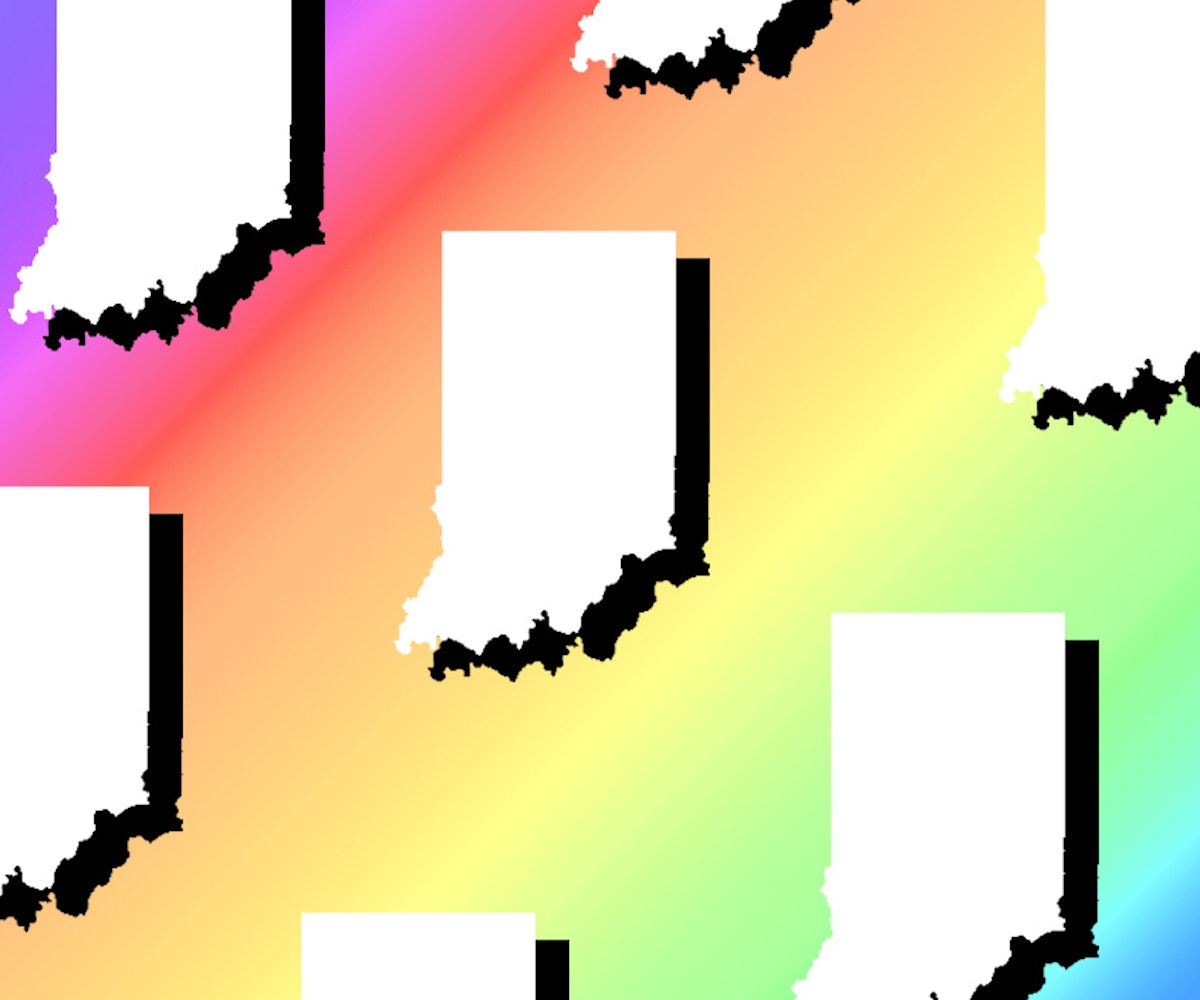 All eyes are on the Midwest this week: Indiana and its governor, Mike Pence, are drawing the ire of everyone from Tim Cook to the NCAA and faced with threats of boycott all because of their new religious freedom law, SB 101. There's nothing new about religious freedom bills in the US; in fact, we've had one as a federal law since 1993, when it was passed near-unanimously in both the House and the Senate. Nineteen different states have adopted their own Religious Freedom Restoration Acts. Indiana's law, though, is different: Thanks to its wording, it might allow for legally sanctioned discrimination.

In theory, Indiana's Senate Bill 101 is designed to protect individual religious freedom in a pretty standard way. The text of the law explains that it's meant to "[prohibit] a governmental entity from substantially burdening a person's exercise of religion." However, the Indiana bill has a few unique elements that mean it can be applied more broadly than its similar counterparts. The law contains unusual language, saying, "A person whose exercise of religion has been substantially burdened, or is likely to be substantially burdened, by a violation of this chapter may assert the violation or impending violation as a claim or defense in a judicial or administrative proceeding, regardless of whether the state or any other governmental entity is a party to the proceeding." In other words, it can be applied to claims of religious freedom being violated in interactions between private citizens. It also defines a religious exercise as "[including] any exercise of religion, whether or not compelled by, or central to, a system of religious belief." There also isn't a definition of "religion" in the bill, which means that the grounds for what freedoms are being protected is vastly broad and general.

What does this mean:

Ultimately, this means is that Indiana's law is much broader in what it claims to protect than others like it, including the federal RFRA—so broad that it's possible it could be construed as taking legal precedence over human rights ordinances meant to prevent discrimination against marginalized people. Indiana also doesn't have any anti-discrimination laws protecting LGBT people on the books, nor does their RFRA include any language to exclude discrimination. With all these factors combined, someone could try to use SB 101 as a license to discriminate.

The response to the law was swift and decisive. Almost immediately, big names like Salesforce and Apple were speaking out against the law, Salesforce even going so far as to cancel any corporate travel to Indiana so their employees wouldn't have to risk legally sanctioned discrimination. Even religious organizations like Disciples of Christ publicly opposed it. Organizations and individuals that had stimulated Indiana's economy for years, like GenCon, began talking publicly about relocating elsewhere. The NCAA expressed interest in hosting the Final Four elsewhere in the future. Indiana's own board of tourism called the move bad for Indiana as the state quickly became a national headline. Indiana's governor, Mike Pence, only made things worse when he appeared on This Week and refused to answer a question about whether a hypothetical florist would be able to refuse service to gay customers. He later published an op-ed in the Wall Street Journal insisting that SB 101 wouldn't allow anyone to legally discriminate, and that the law had been "grossly misconstrued" and maligned by the press.

Now, mere hours after publishing his letter, Pence is changing his tune. While he maintains that the law is anything but discriminatory, he's now committed to "clarifying" it: Earlier today Pence called a press conference to say, "It would be helpful to move legislation this week that makes it clear that this law does not give businesses a right to deny services to anyone." While those who have called for a full repeal aren't likely to get their wish, it does appear that Indiana will add language to SB 101 that makes it clear the law doesn't protect the denial of goods or services. Pence has repeatedly stated that he's not interested in creating a separate law to protect the rights LGBT citizens, which would be a stronger legislative approach to preventing discrimination in the name of SB 101 or otherwise.

So, how does this affect America?

The fact of Indiana's (partial) turnaround on this issue isn't unprecedented. Extremely broad religious freedom bills have faced backlash before, like Arizona's SB 1062, which looked a lot like Indiana's SB 101 before it was vetoed by Arizona's governor, Jan Brewer. What is different this time around is the nature of the backlash. Since SB 1062, Tim Cook has come out and becoame the first openly gay CEO of a Fortune 500 company; and Marc Benioff of Salesforce has worked with the queer women's organization Lesbians Who Tech. We've seen significant changes in spheres besides business as well, with religious organizations like the Presbyterian Church voting to approve same-sex marriage. Majorly influential institutions are increasingly seeing issues of LGBT rights and safety as more than just a social issue; that LGBT people are their customers, employees, and colleagues, and that what happens to them affects the organization on every level.

Indiana's riveting legal drama is just one example of the difference that kind of investment can make. It will be fascinating to see whether this kind of institutional activism could extend to LGBTQ issues less popular than marriage equality and anti-discrimination, and what kind of impact might be possible in the long term.

NEXT UP
Culture
An Exhaustive Breakdown Of The Balenciaga Controversy
Life
NYLON Daily Newsletter: December 2, 2022
Culture
NYLON Party Report Card: Partying With The Stars & 94 Foot Long Whale At The Natural History Museum Gala
Entertainment
Precious Pepala Is Going From TikTok Covers To Her Own Resonant Songs