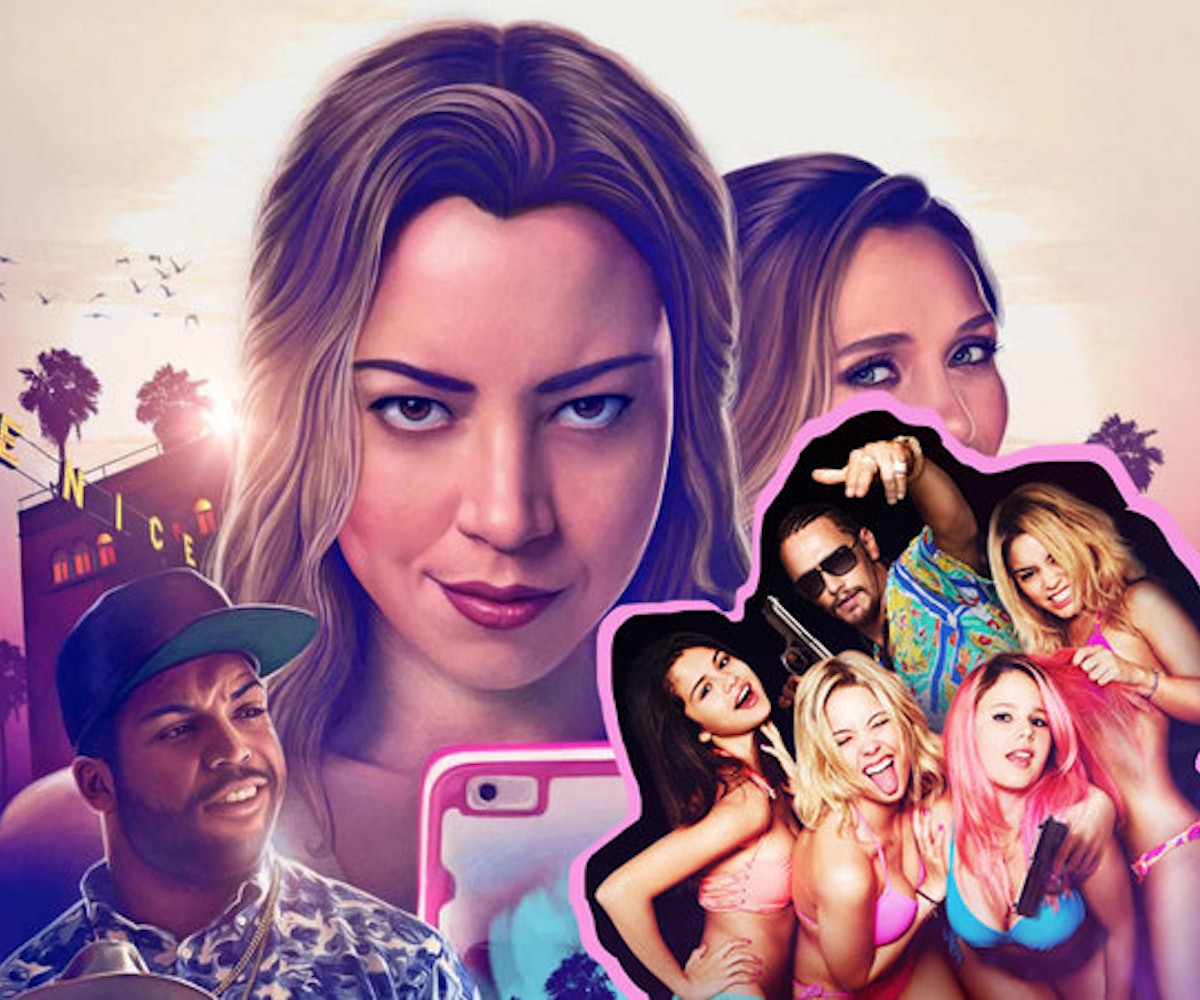 Photo courtesy of NEON and A24

Life, liberty, and the pursuit of happiness is the essence of the American Dream. On a personal level, this means pursuing and living a life that is true to yourself, compelled by your wants and needs. How we set about achieving our goals, as well as the goals themselves, has changed dramatically since the whole thing was first dreamed up. But while the goals have evolved over time, they're all still variations on a theme; we still want shelter, sustenance, and love, they just look different than they used to. And how we reach those goals looks different, too; now, to get what we want, or even perpetuate the illusion that we already have what we want in order to get more of what we want, we brand ourselves and sell it across social media. Likes mean money, and money means more opportunity to (ideally) pursue the Dream. How exhausting.

In Matt Spicer's new film, Ingrid Goes West, Elizabeth Olsen plays Taylor Sloane, a self-made "photographer," she claims, who also gets paid by brands to share a variety of lifestyle products and experiences to her thousands of Instagram followers. From the all too perfect Venice, California, bungalow she shares with her artist husband and quasi-famous dog (he has his own hashtag) to her expertly stacked and layered delicate gold jewelry, she's an influencer. You most likely follow someone like this already, wondering what went into those pithy and acute captions.

Aubrey Plaza plays the mentally ill Ingrid Thorburn, one of Taylor's followers bent on living a life just like hers. So, that's what she pursues: Taylor Sloane's self-made, well-curated, and well-liked life.

That life—that dream!—however, is rooted in want. What Taylor does is make people want her life. Her Instagram feed is one very attractive advertisement for that authentic, artisanal lifestyle that Ingrid so desperately wants. Taylor, whether she's aware of this or not, wants Ingrid to like her because that like is transactional, it gets her paid. Taylor appears happy, and Ingrid wants that happiness. Want is an insidious thing, though, and both of their wants, as shallow as they are, become needs.

Harmony Korine's 2012 Spring Breakers' is cut from a similar cloth. Four college girls make the annual pilgrimage to the beach in March for spring break, where bacchanalian debauchery ensues and the pressure to #YOLO is high. Korine's opening sequence is pop art—set to a sensory overload of a Skrillex song, sun-kissed bodies dousing themselves in equal parts tanner and beer, performing obscene acts because it's spring break dammit and MTV told you to. The girls' phone calls to their respective family members sound like something Taylor Sloane would caption a photo. "It feels as if the world is perfect, like it's never going to end," Selena Gomez, as Faith, says at one point. They go after that MTV Spring Break happy life, and they wind up getting more than they bargained for.

It's Korine's directing, though, that is the most biting aspect of the film. Spring Breakers is a very good movie that does what any good sponsored Instagram does: make what's being shown appealing. It plays into the brand that is spring break by playing up how beautiful it is. The parties look nuts, but there's still an element of FOMO to them. Korine glosses the movie in delicious neon color and muted pink sunsets. The soundtrack fuels the Dionysian culture he's both satirizing and reveling in. The American Dream is more than just living your best hedonistic life, it's having that life validated through objects, money, and making others want it.

All of the "shit" James Franco's Alien proudly shows off to Vanessa Hudgens' Candy and Ashley Benson's Brit is akin to Taylor Sloane showing off her life through Instagram. Both movies paint a very frightening picture of how underhanded our pursuit of happiness can be. We crave a life that's shareable and ultimately likable, instilling a need for wanting more. We want experiences that feel like the world is never going to end, and to capture those experiences so that perhaps one day we can make money off them, to have a life that's visually authentic. The American Dream, now, is about having a brand that's built off that sybaritic validation. Spring Breakers is that brand, and Ingrid Goes West exposes the ruthless commitment it takes to build that brand. Because, really, if you don't Instagram your life, are you even living it?