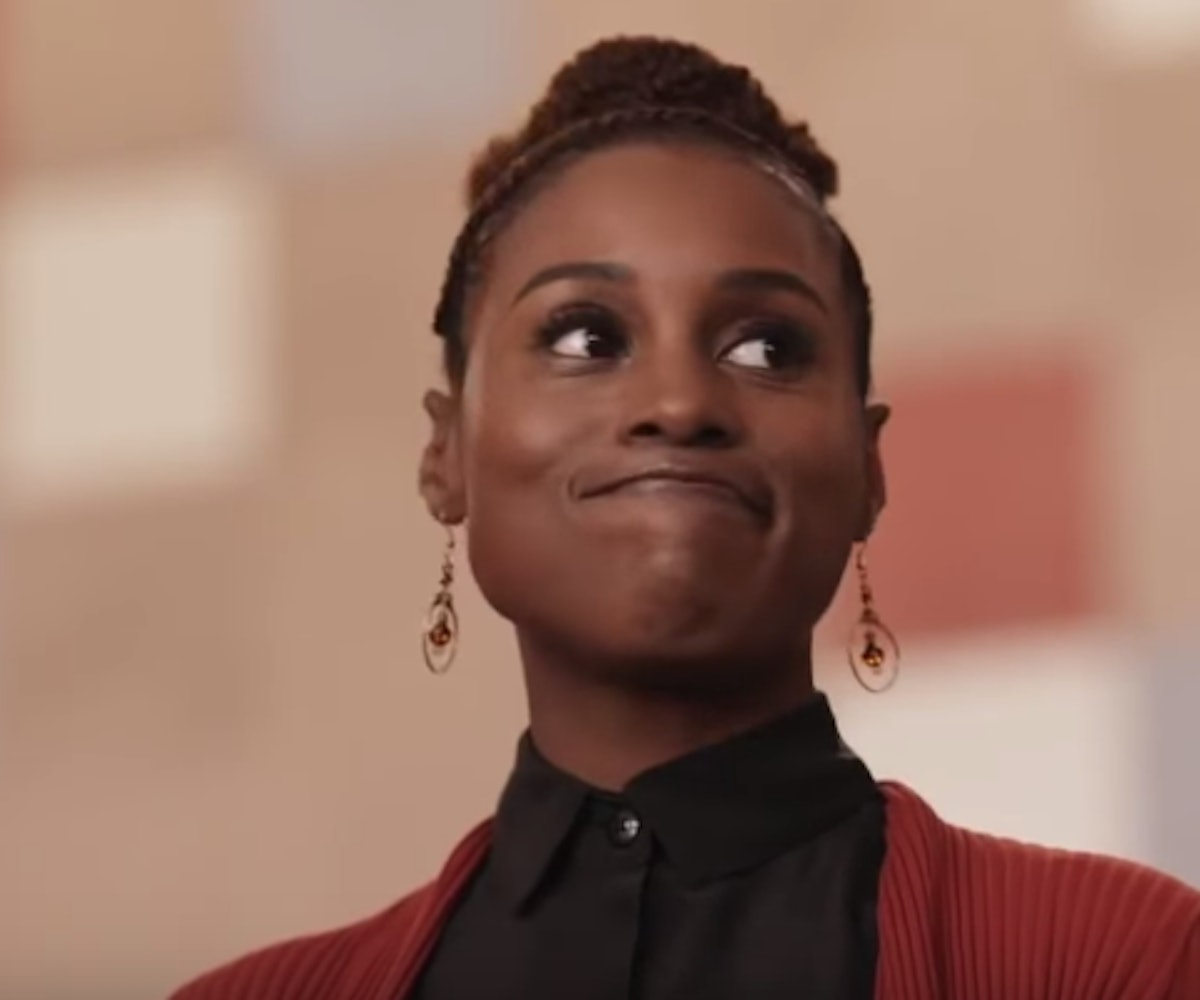 Last month, Issa Rae revealed that her HBO series, Insecure, would be exploring topics of black masculinity and "adulting in a new way" for its highly anticipated third season. Now, we have finally been given a taste of what that will look like thanks to the show's first full trailer.

The show shared the first look inside some of the drama unfolding in the third season, including the characters' lives as they enter their 30s and Issa's struggle to attain financial independence. "I think we’ve watched our characters really fumble and fuck up—and in some ways, in your 20s you are allowed that—but this season is about not acting like you’re naive anymore or that you don’t know better," she told The Hollywood Reporter in June. "So it is about, what does it look like to know better and to do better?"

To recap, last season, we saw Issa and Lawrence finally forgive one another after their turbulent breakup and her moving in with her ex-fling, Daniel. The new trailer highlights their new living situation as Issa struggles to fight her feelings for him. Under the advisement of her friends, Molly, Kelli, and Tiffany (who is now pregnant!), Issa attempts to "do better."

Will she succeed? Guess we'll have to find out when the show returns on August 12. In the meantime, you can see the new season's trailer, below.

NEXT UP
Entertainment
FLO Is Headlining Their First US Tour This Spring
Culture
Phoebe Dynevor Will Not Return for Bridgerton Season 3
Culture
Succession Season 4 Trailer Explodes With Family Drama
Entertainment
Raye Explicitly Speaks Her Mind On Debut Album, ‘My 21st Century Blues’
Style + Culture, delivered straight to your inbox.