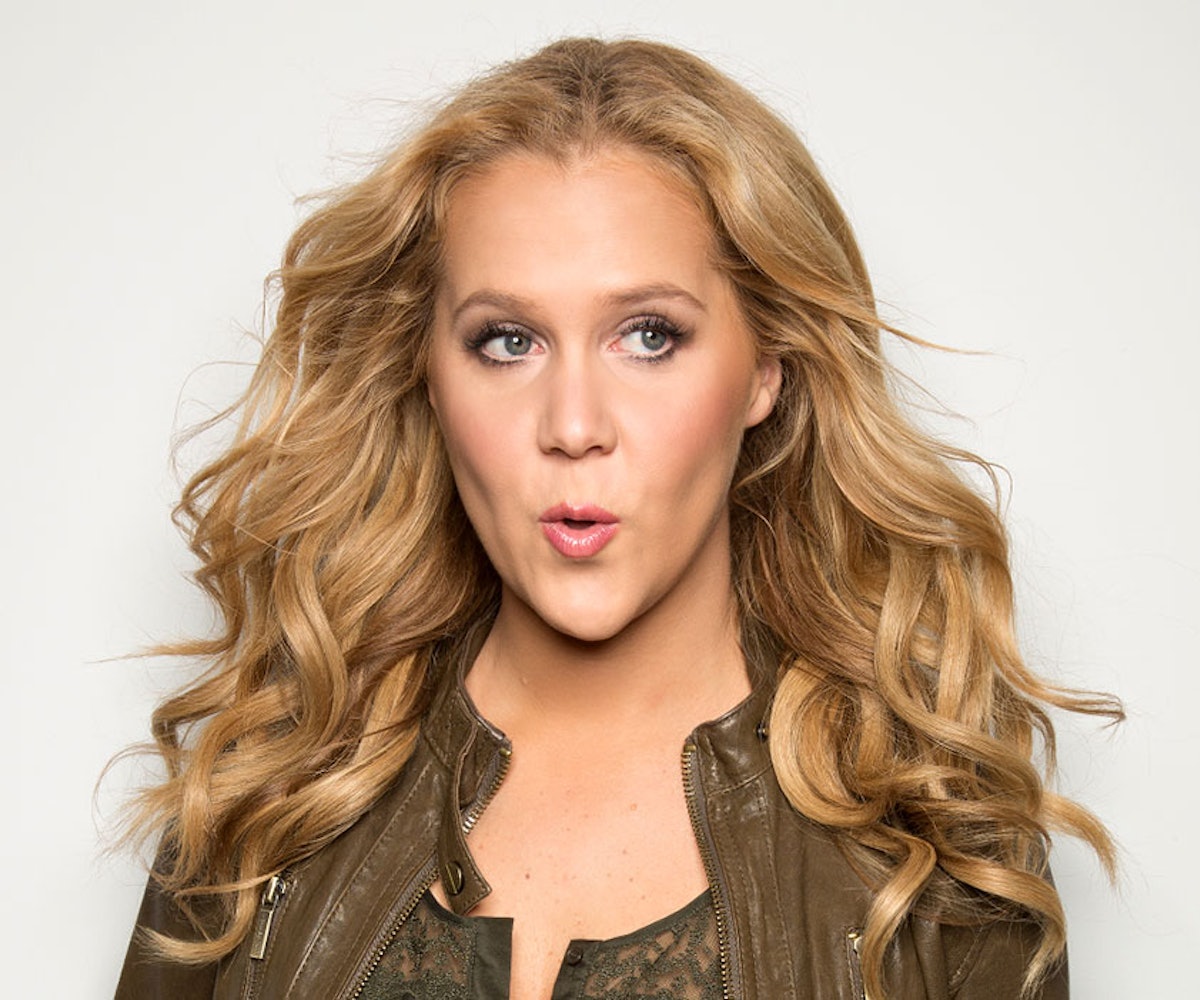 News flash that will surprise no one: The premiere episode of Inside Amy Schumer is all about sex. And Schumer brilliantly covers the topic in all its facets—from raunchy to ridiculous and even in what the comedian calls the “worst thing in the whole world,” rape.

As part of the Tribeca Film Festival’s Tribeca Talks, viewers were treated to a sneak peek of the third season premiere of Inside Amy Shumer (which returns to Comedy Central April 21). The show opens with a rump-shaking music video called “Milk Milk Lemonade,” a spoof on over-sexualized hip-hop videos. Jemima Kirke, Amber Tamblyn, Method Man, and her MTV Movie Awards promo special guest, Amber Rose make cameos (“Amber Rose and I have strangely become friends. She’s awesome!”). The ass-appreciation song hits the highest level of absurdity with lines like, “This is where my poop comes out” and a role call of icky names for butts: “turd cutter, loaf pincher, dookie maker, fudge machine.”

Schumer explains during the post-show Q&A, “If you make it flashy enough and show an ass—even if it’s about shitting—people will still watch it, a lot.” But don’t worry, she’s not plotting a music cross over.“I’m delusional with a lotta things, but I do not think I’m a rapper,” she says.

The comedian does however think she has a pretty bootylicious backside after years of catcalling by dudes, so she has declared 2015 The Year of the Butt (Kim Kardashian and J.Lo’s “Booty” probably had a lot to do with that). In true Schumer fashion, she took to the streets to ask the men of New York the most hard-hitting of questions: “Will titties ever make a comeback?” Spoiler alert: The answers will surprise you!

The episode also masterfully covers really serious topics like women’s rights to birth control, female-only ageism in our society, and how rape culture often goes hand in hand with sports—without being heavy-handed. While no topic seems to be off limits for Schumer, she does want to be clear that she and the show’s writers are sensitive to certain topics. “We’re not just like, rape’s hilarious,” says Schumer. “It’s always a risk. Some people will be upset just at hearing the word. But we’re really trying to educate.”

Though Schumer—who headlines this summer’s big-screen comedy, Trainwreck—originally thought her brand of feminist humor was something she “had to sneak in” to the show (after all, she follows Tosh.O and wanted to retain his viewers), she now realizes it was the worst kept secret in the world. She’s a feminist, so of course anything she writes about will be from that point of view. And all of humanity is lucky to have her.