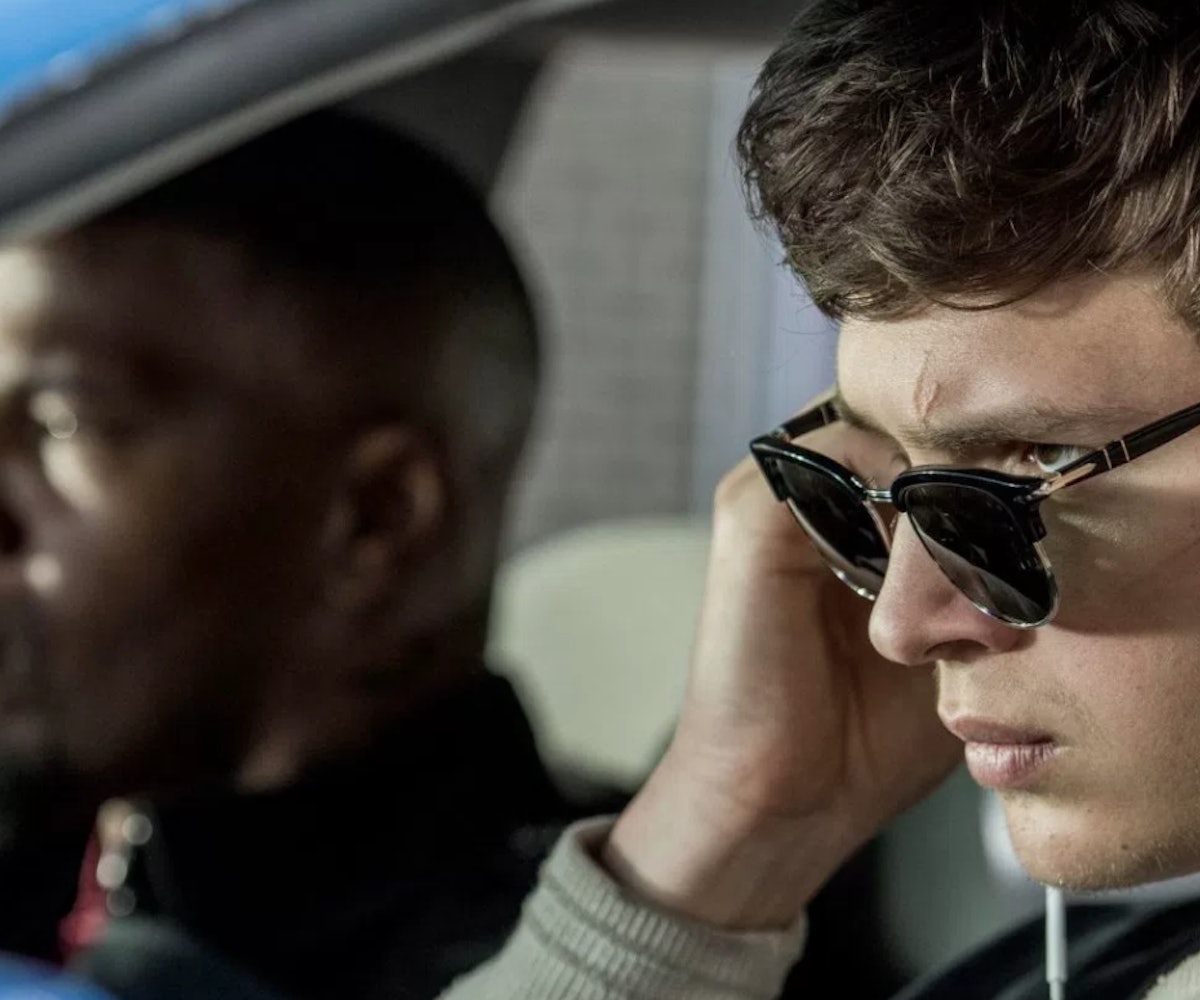 At 7:35pm on September 17, as my plane dipped down onto the runway at San Francisco International Airport, the first notes of Art Blakey and the Jazz Messenger’s “Johnny’s Blue” piped into my headphones. Buried deep on a compilation of the group’s collected work, I was almost certain I’d never heard it before. Still, its upbeat, swinging rhythm was refreshing and engaging, readily accessible in a way that exceptional jazz music always seems to be. In many ways, it was emblematic of the experiment I began that night: What would happen if I entrusted my iPod Classic’s shuffle setting to dictate my music listening for the next month and a half, trusting the device to guide my listening experience?

I set the terms of engagement rather simply: With 20,051 songs on my 160GB device, totaling over 53 days of music, I would not seek out any specific song over that span of time, instead trusting the invisible algorithm to continuously play the next track. Although initially considering a Baby Driver-style approach, with headphones on 24/7 to filter the world around me, I made do by turning to my iPod whenever seemed appropriate: going on walks, doing dishes, commuting. In short, all the usual moments in which music intervenes into life, without the type of control we typically dictate over what we’re listening to.

It was a surprising and challenging experience, and I learned plenty about the nature of music consumption in a digital age. While for many, the Classic is unnecessary in an age in which our phones can connect us to conceivably any song imaginable, it’s still integral to my daily functioning. I’ve long considered it to be the platonic ideal of a piece of technology: always on (the battery is so damn good), serving a singularly necessary task, capable of holding a lifetime’s worth of music. There’s also a serious comfort in having a device unconnected to the web. It’s much easier to feel capable of getting lost in an album when distraction isn’t a click away. It’s unsurprising that still-functional Classics continue to sell for hundreds of dollars on eBay: They fulfill a unique niche that hasn’t disappeared in the age of always-on streaming, capable of delivering up your favorite song at a moment’s notice, no cell phone service necessary.

Although I could no longer turn to my iPod to deliver the ideal mood music, a handful of fortuitous moments still created an unexpected synchronicity between sound and surroundings. On a darkened Capital Corridor train from Sacramento to Oakland, exhausted and isolated during a solo vacation on the West Coast, came the chilling melancholy of David Bowie’s instrumental song “Warszawa,” granting the scene a sense of significance it would have otherwise lacked. While I was unable to trust the device to create a genuine sense of flow, as you might expect from an album or a well-curated playlist, one hot streak saw a Madvillain instrumental slide into a Flying Lotus B-side, capped by two straight tracks from Miles Davis’ later, more experimental days. These skillful juxtapositions were obviously an anomaly, compared to countless head-scratching combinations, but both types helped me appreciate the overabundance of musical forms, and the surprising ways in which songs could speak to one another.

In between, I became reacquainted with the nooks and crannies of my music library, giving me an appreciation for songs that had long since faded from memory. Eventually, I came to understand the buildup of a music library in many of the same ways as our own thoughts work, the product of years of sedimented experiences, easy to lose track of amidst the overabundance of thousands of songs, but still readily accessible with the right prompting. Still lingering in my library, I came to reconsider many tracks that had slipped out of my routine listening, many of them years ago. For example, I was forced to reevaluate my teenage love of ‘90s alternative rock, grateful for the many Pavement CDs I’d purchased over the years, but regretting the truly atrocious Smashing Pumpkins and Pearl Jam songs that managed to resurface.

There were other strange moments: plunging into the perplexing emotional mix of high school, triggered by a song by the Faunts that came off of a mixtape given to me by my first heartbreak; listening to Bob Dylan’s “Girl from the North Country” as I walked around my old neighborhood on my 23rd birthday, feeling simultaneously staggeringly old and pitifully young. It was impossible to anticipate such cathartic moments in advance, of course. But these unexpected encounters reminded me that, while we do our best to soundtrack our lives with music in meaningful ways, sometimes a hint of spontaneity can go further than if we were to consciously choose the “appropriate” accompaniment for the moment. If nothing else, a forced encounter with the recesses of what I’d accumulated pushed me out of a musical (and occasionally emotional) rut, reminding me of how easily I could slip off a desire to spin the same recent records endlessly and fall into songs familiar yet unexpected.

By the end of the nearly two-month stretch, I realized that I had turned to my iPod less than I had originally planned. Even with the sense of novelty and discovery of my own music collection, I began to grow weary of not being able to depend on my iPod to deliver precisely what I was hoping to listen to. Still, this process rekindled a sense of comfort and familiarity toward my music library that will never be captured by a streaming music site.

The 20,051 songs available to shuffle were a product of at least 15 years of careful curation, a combination of CD and vinyl rips, tracks pulled from my college radio station stacks, and flash drive swaps with friends, creating an unwieldy 146 gigabytes of music. Contained within that are countless songs you’ll never see on Spotify or Apple Music—free mixtapes from long-dormant rap groups, music made by close friends, outtakes from musicians only available for purchase at a live show. While there’s a real value in having access to most artist’s work in a matter of moments, the intimacy of curating one’s own music library is an art form that’s been with us since at least the birth of recorded music. Although I know plenty of people who still have an iTunes catalog of downloaded songs at their disposal, I’m afraid such curating may become less and less familiar to future generations.

I was also struck by how shuffling through the hidden recesses of my own music related to other algorithms that define our current music consumption. The relationship between streaming music and our music-listening habits has evolved dramatically since 1999, two years before the first iPod was introduced. That’s when Pandora founders Will Glaser and Tim Westergren conceived of the “Music Genome Project” as a quest to break down hundreds of thousands of tracks into discrete components such as groove, harmony, and monophony, amongst countless other fine-grained details. Today, the effort to manually analyze and categorize each and every song feels almost as anachronistic as the iPod Classic, with Spotify using advances in deep learning to train its computers to generate its “Discover Weekly” mixes, playlists that users have described as uncannily intimate in their selections. There’s certainly good evidence that such advances can benefit music fans of all stripes, cluing them into new sounds that would have otherwise gone unnoticed.

At the same time, there’s plenty that suggests that the impact of streaming services isn’t all rosy. For one, Spotify has quietly begun putting “Sponsored Songs” into their playlists, a 21st-century version of payola that’s both disappointing and unsurprising. On a deeper level, a recent Pitchfork article suggests that streaming music is literally reshaping how music is written, with songwriting teams and analytics-driven marketing companies hoping to reverse-engineer songs that will succeed on influential streaming site playlists. While the article notes that changing forms of music consumption, from 45 rpm singles to MTV music videos, “have helped shape what we hear” for generations, the pressure to produce music that can outsmart the countless invisible algorithms dictating so much of what’s heard today feels qualitatively different than what’s come before. For as arbitrary as my iPod’s shuffle feature often felt, it was satisfying to remember how so many of the songs came from friend’s recommendations or a lucky music blog download years ago, rather than a song fed to me by an opaque recommendation engine. Although there’s no use in being too critical of the many different ways in which we can seek out new music, considering that a listener is still capable of deciding what they like or dislike, the possibility of machine learning over determining what we’re “supposed” to enjoy hearing is a definite possibility today.

Ultimately, that’s what made this experiment feel so satisfying, even at times when I wanted to jump back in and take control of what I was hearing. On a deeper level, I had already done that. By consciously acquiring the many thousands of hours of music that were present on my iPod, I had already expressed an openness to these songs, even if I didn’t get the chance to hear them when I first downloaded them. On some level, that sense of unknowability is fundamental to life, and to our encounters with the cultural output that keeps us engaged on a daily basis—without it, things would get boring rather quickly. I was reminded of a quote from an interview that I’d done with New York Times film critic A.O. Scott a few years before, discussing the ways in which we can do our best to encounter the unexpected or unfamiliar:

I argue for an openness to the new, a willingness to jump the tracks of your own tastes or what is familiar or what's comfortable… I hope that even though you're not going to see everything, that doesn't become an excuse to maybe not see some things that you should.

Although plenty of what I heard over the course of those seven weeks was familiar, dependable, there was a joy knowing I will still never scratch the surface of my own music collection. Even as I finally switched off of shuffle near the end of November, eager to download the new Björk album, I was grateful for the 781 songs I had managed to hear in that stretch. Still only a fraction of what’s there to hear on my dependable little music machine, I was left imagining some faraway desert island, equipped with only my headphones, my iPod, and a charging cord, the possibilities of diving even deeper into its endless musical expanses enough to keep me occupied for a lifetime.