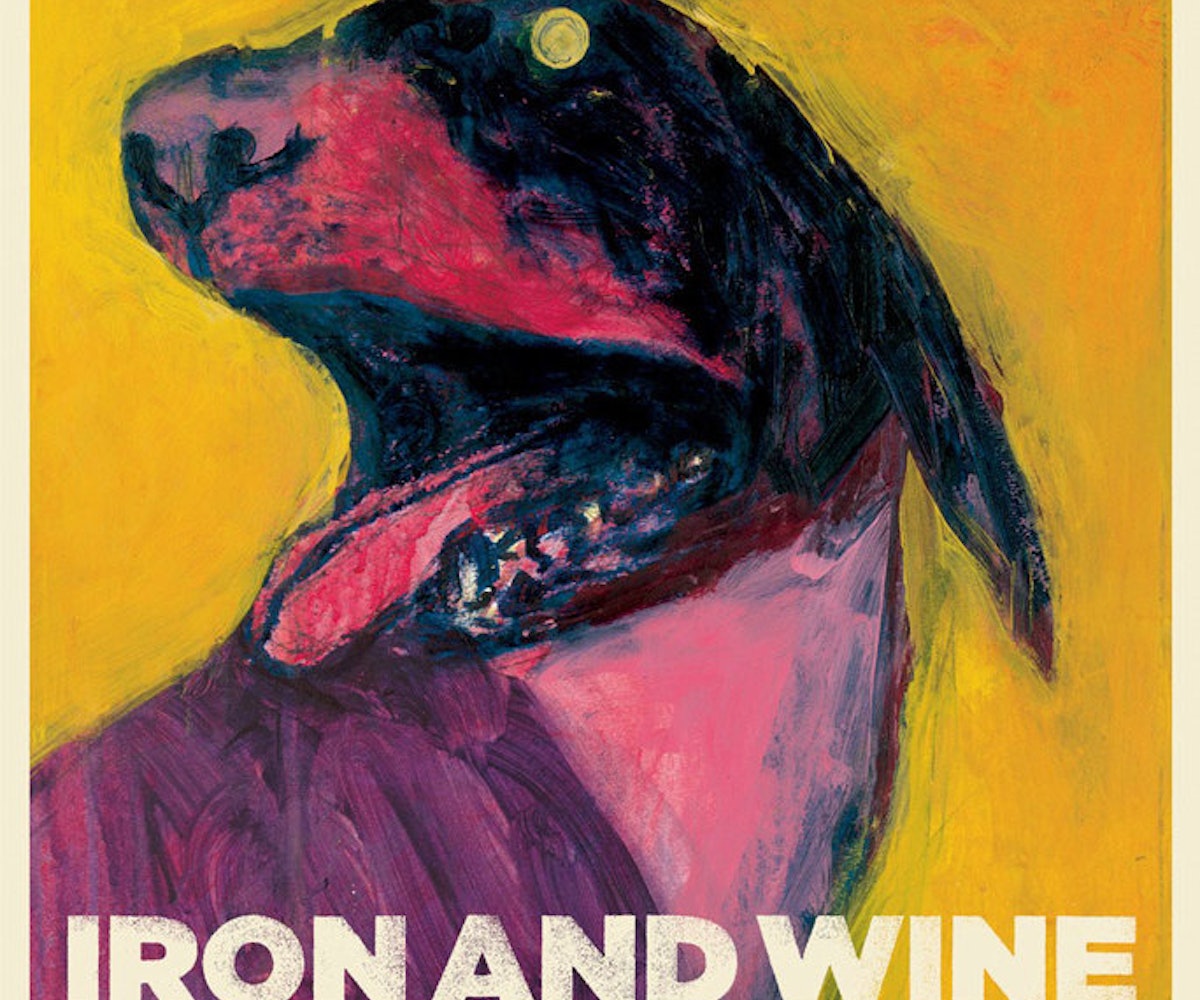 How do you review an album that's not bent on album sales and one-upping its predecessors? How do you review an album from an artist that doesn't court bombast—an artist that is, essentially, not pop? Artists more rooted in artistry, atmosphere, and vibes over hooks exist in a peculiar place within music; instead of clocking their production or ability to make earworms, we clock their progression as musicians, as storytellers. Compared to pop stars, singer-songwriters are relatively less about facades and personas, which makes approaching the 10-year-anniversary of Iron & Wine's third album, The Shepherd's Dog, especially peculiar.

In the decade that's passed since Samuel Beam released his third LP as Iron & Wine, his first with a larger band and fuller sound, not much has truly changed about his music. Sure, he's flirted with heavier distortions and leaned more into the rock territory, but at the root of every Iron & Wine album is Samuel Beam's content and discontent with life's contradictions and faith. The Shepherd's Dog, in a way, marks the beginning of that current reality.

Unlike Beam's previous albums and EPs, The Shepherd's Dog finds him shedding his lo-fi past and embracing all things robust and rounded. The steel guitar of "Love Song of the Buzzard" and the West African-influenced "House by the Sea" work in concert to give this album a timeless worldliness, free of any wariness; Beam celebrates these influences, molding them to his folky sound. He maintains charm even as he tells the story of disastrous coupling in the biblically allegorical "Ressurection Fern." Snakes, death, stubbornness, and nature's battle with time ebb and flow with the ease of guitar strums and the occasionally more percussive rhythm ("Boy with a Coin"). The Shepherd's Dog is not an album touting a handful of singles, but a true album's album—something Samuel Beam is consistently good at making.

The album today sounds just as fresh as it did a decade ago and will continue to do so in another decade. There's a reason Pitchfork gave it a rare 8.6 (out of 10) rating when it dropped: It's damn consistent and transcends any trend. The album's closer, "Flightless Bird, American Mouth," hasn't fallen ill to being known as just that one song that played during that Twilight scene because of how untethered to any moment in time it is. That's a song that, like wine, will continue to get better with time because of its wholesome harmonies and the artist's refusal to buy into any formula. For Beam, the formula has always been pathos and allegory. "Flightless Bird" and the album, in general, succeeds because it makes lofty cries to some higher power feel intimate and personal without sacrificing the sublime, extraordinary quality of the cries themselves. Yes, the world works in mysterious ways and any attempt to make sense of it is in vain, but The Shepherd's Dog makes it feel attainable and, more importantly, makes it feel worth our while.