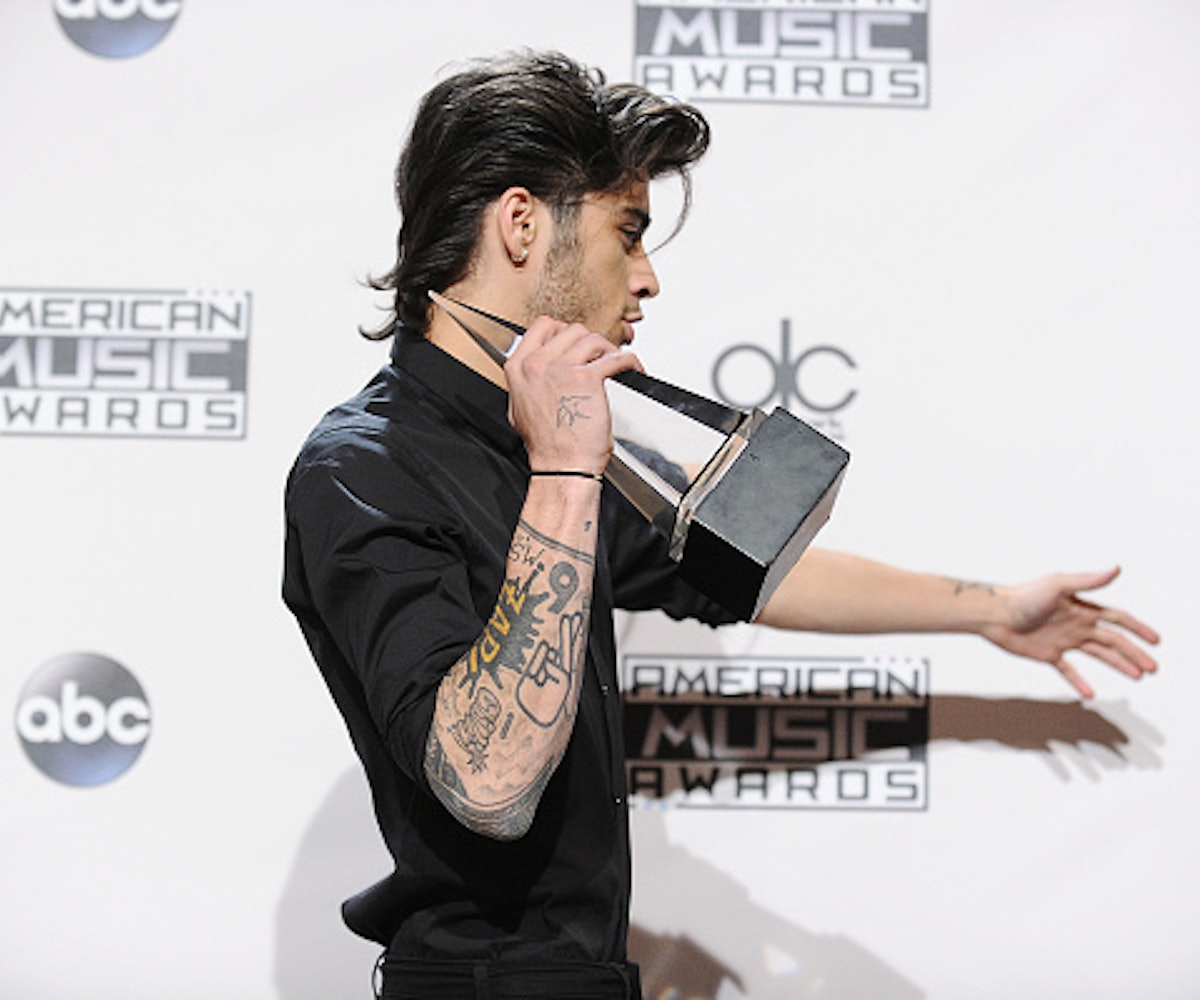 After five years of glamorous globetrotting and subsequently garnering a massive fan-girl audience, Zayn Malik has announced his decision to go in a new direction—a different direction from his four former bandmates.

I’m skipping the five stages of grief (the denial that a member of a boy band could actually grow up; the anger that I can no longer watch five boys play homo-erotic jokes on each other; asking myself if I had been enough of a fan for him; then, of course, the imminent descent into depression, resulting in a five-pound weight gain and binge-watching original X Factor One Direction videos). Instead, I have decided to accept Zayn leaving. I'm moving right on to the juicy, hard hitting questions that really matter: A quantitative analysis of what it takes, after a band breaks up, to become the most successful and culturally relevant former band member. Or, in short, how one becomes Beyoncé.

As an older and wiser adult, I have been through similar—dare I say, harder—times. For example, the heartbreaking, earth-shattering demise of Destiny’s Child, *NSYNC, The Spice Girls, and the Backstreet Boys. What events in the following years turned some members into stars while others fell into cultural irrelevance? Is it about skill, circumstance, or just plain old good luck? Ahead, I break down what it takes to be the Bey of your band, and who among the many hopefuls has succeeded.