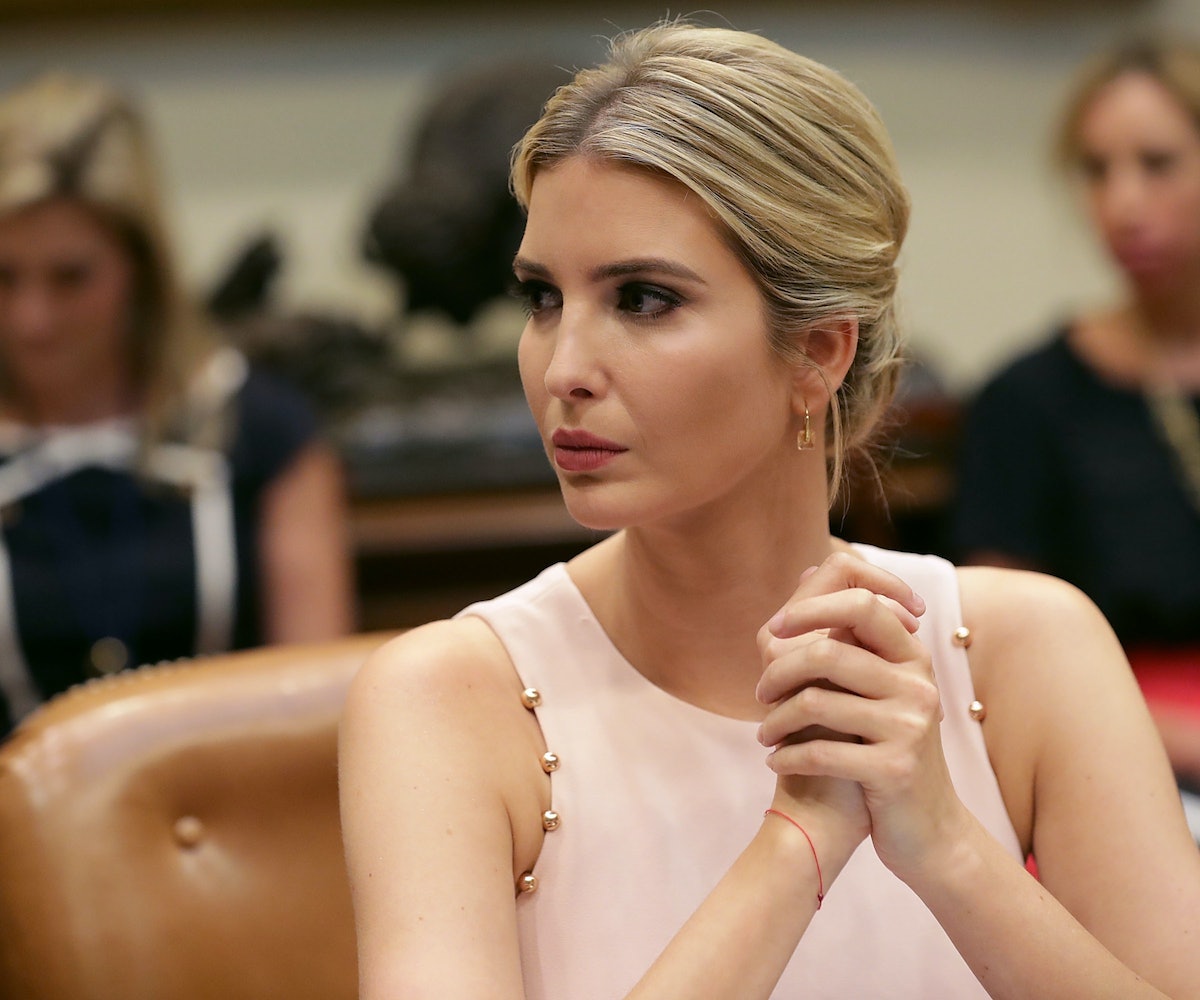 Fashion lost a real industry player today: Ivanka Trump, who is closing her eponymous brand to further pursue her work in the White House. The shuttering of the brand comes more than a year after she formally separated herself from it in order to take on the role of senior advisor for her father’s administration. (Cue the tiny violin.)

Trump’s brand sold moderately priced clothing and accessories, and while sales boomed after the 2016 election, the brand also became the target for critics of her father’s administration. Activists called for customers to boycott stores that sold the brand in order to show resistance of the president's policies. Multiple retailers, such as T.J. Maxx, made the decision to stop or scale back their sales of Ivanka Trump products, but due, they claimed, to the brand's in-store performance. You might recall the president’s tweet that followed Nordstrom pulling the brand from its stores, as well as White House advisor Kellyanne Conway’s (totally unbiased, very ethical) call for the public to “go buy Ivanka’s stuff.”

Trump has apparently been contemplating closing her company for months, after becoming increasingly frustrated by the restrictions she was having to put into place to avoid potential conflicts of interest while she worked in the White House. She is unsure whether she will move back to working in retail once she leaves her post in Washington.