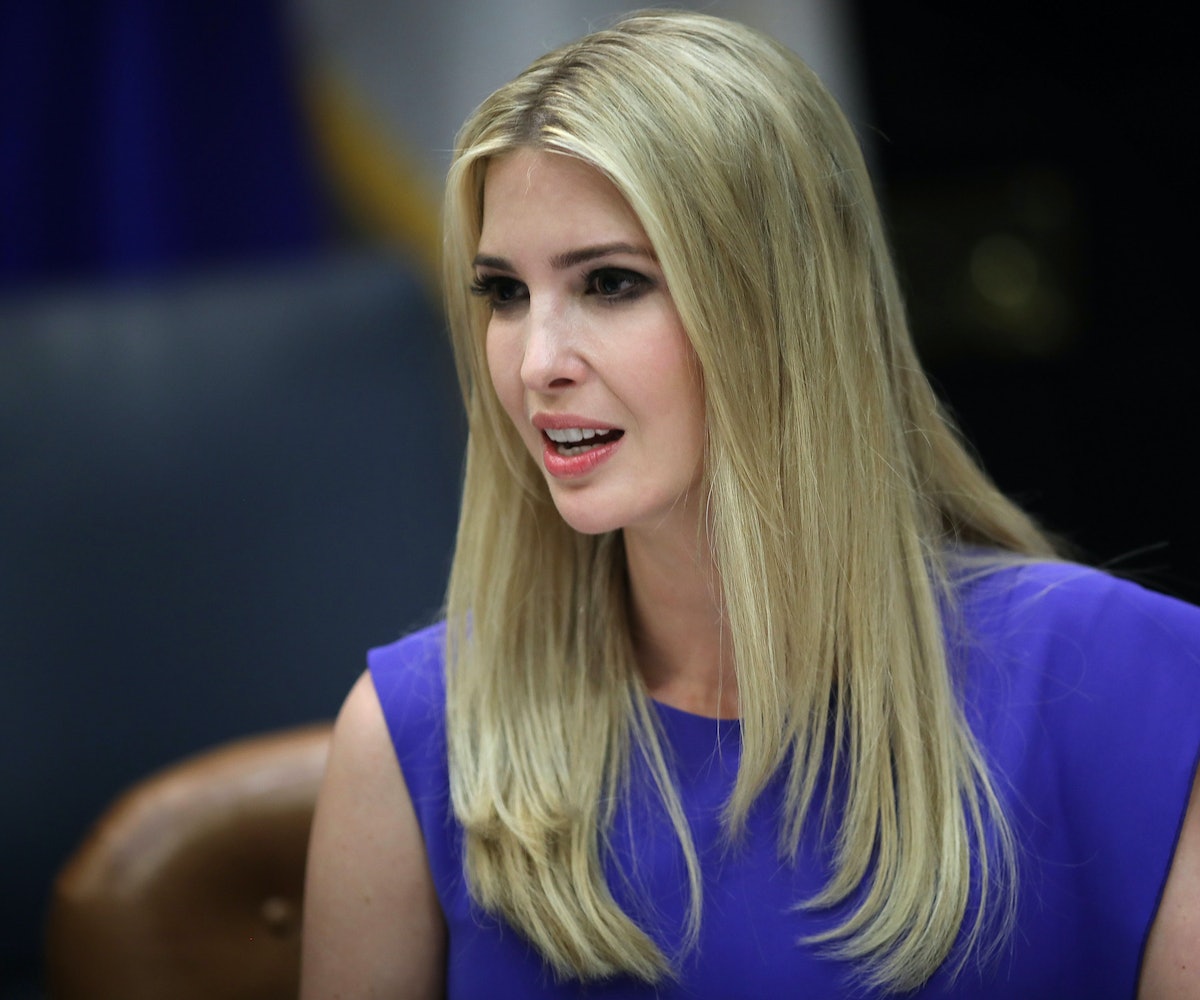 How do you deal with the daily stress of being alive in America right now, while Trump occupies the White House? Many choose to stay informed and up-to-date on the news cycle, even at the cost of their own sanity. Ivanka Trump, on the other hand, likes to look the other way.

While many people worry about their rights being stripped, or their access to health care being denied, or the alleged sexual assailant being appointed to the Supreme Court, Ivanka doesn't worry at all—because she doesn't even really know what's going on. That’s right, the senior advisor to and daughter of the President of the United States deals with the “daily chaos” of the White House by “ignoring the noise,” because paying attention is “distracting.” Must be nice.

At the Concordia Summit in New York City, Trump described the way the news affects people around her who actually do pay attention. “I have seen people care so much and want to do good work, but then they start getting Google alerts,” she said. “Then it starts to take more of their time, and they get defensive and suspicious of those around them, they start to ask who circulated certain things.” Sounds like the workings of a well-run government right there, definitely something that can be ignored. She goes on, saying that she thinks paying attention to the news is “pointless, drains energy, and causes their internal compass to go awry.” We wouldn’t exactly call being informed “pointless,” but then again, she works in an administration where the truth literally means nothing.

While it would be great to be able to stop reading the news and put on noise-canceling headphones so we wouldn’t have to deal with the usually idiotic, sometimes triggering news surrounding the government right now, that’s an ultimately privileged thing to do. Imagine being so entitled and high in power that you didn’t think that keeping up with politics was worth it, or that human rights were worth fighting for, or that actual issues within the White House should be addressed? Can’t relate.

We hope Trump takes off her hater-blockers soon so she can see that paying attention to her own country is actually important, but based on her track record, we’re not holding our breath.