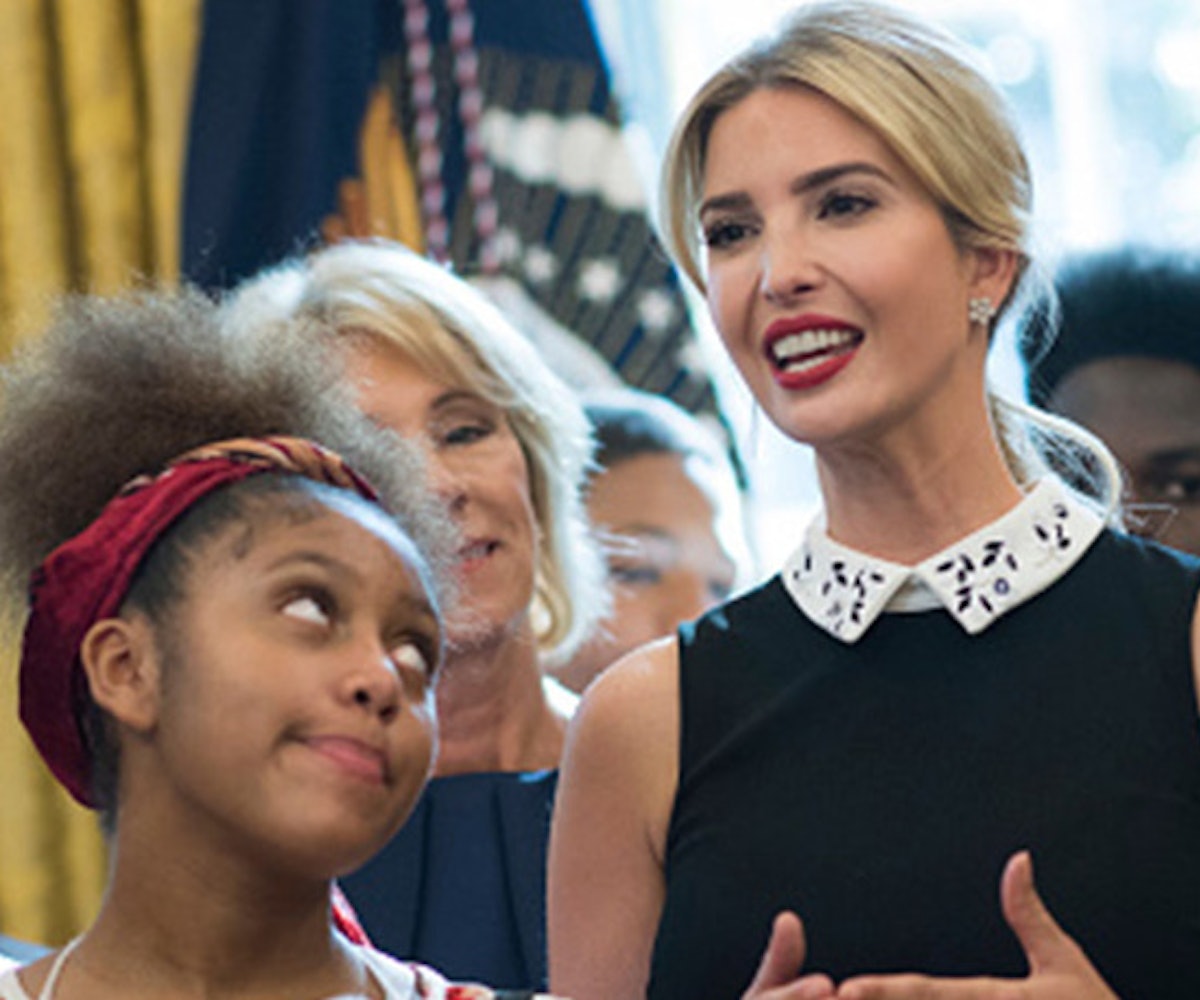 Ivanka Trump, President Donald Trump's favorite child and "White House adviser," has once again decided to half-heartedly throw her support behind a cause she knows little about. While she's previously said her role in the administration will be to advocate "for the economic empowerment of women," she's apparently decided to shift focus to another area. Ivanka recently wrote an op-ed for the New York Post about integrating tech education into school as early as kindergarten. She described this issue as part of her "White House portfolio," despite not having any legitimate experience in education or tech or politics.

In the letter, she wrote that "a cornerstone of our administration’s approach is the integration of coding and computer science into the fabric of not just what we teach, but how we teach." This was surprising to a lot of people who assumed the cornerstone of Trump's administration was white supremacy.

People had a lot to say about Ivanka's op-ed. Mostly, they wanted to remind her about the email scandal that she and her husband Jared are currently embroiled in. After being caught using private email accounts to conduct White House business, the two began to re-route their personal email accounts into a third private account that they shared. This is ironic considering they were a part of a presidential campaign that vilified candidate Hillary Clinton for using a private email server while she was Secretary of State.

Others wanted to remind Ivanka that she and her brother Donald Jr. narrowly avoided a criminal indictment for cheating buyers into purchasing "condo-hotel" rooms in their building in New York City, a story that broke on Wednesday.

Basically, nobody trusts a Trump to educate their children.

Someone suggested another topic Ivanka could focus on.

No one is impressed.

Ivanka, people would like you to keep this one.

It's likely that nothing will come of Ivanka's new initiative, just like nothing came to fruition with any of the other tasks she's taken on in the White House. The first daughter once told Gayle King on CBS This Morning that "most" of the impact she has during her father's presidency "most people will not actually know about." Sounds about right.