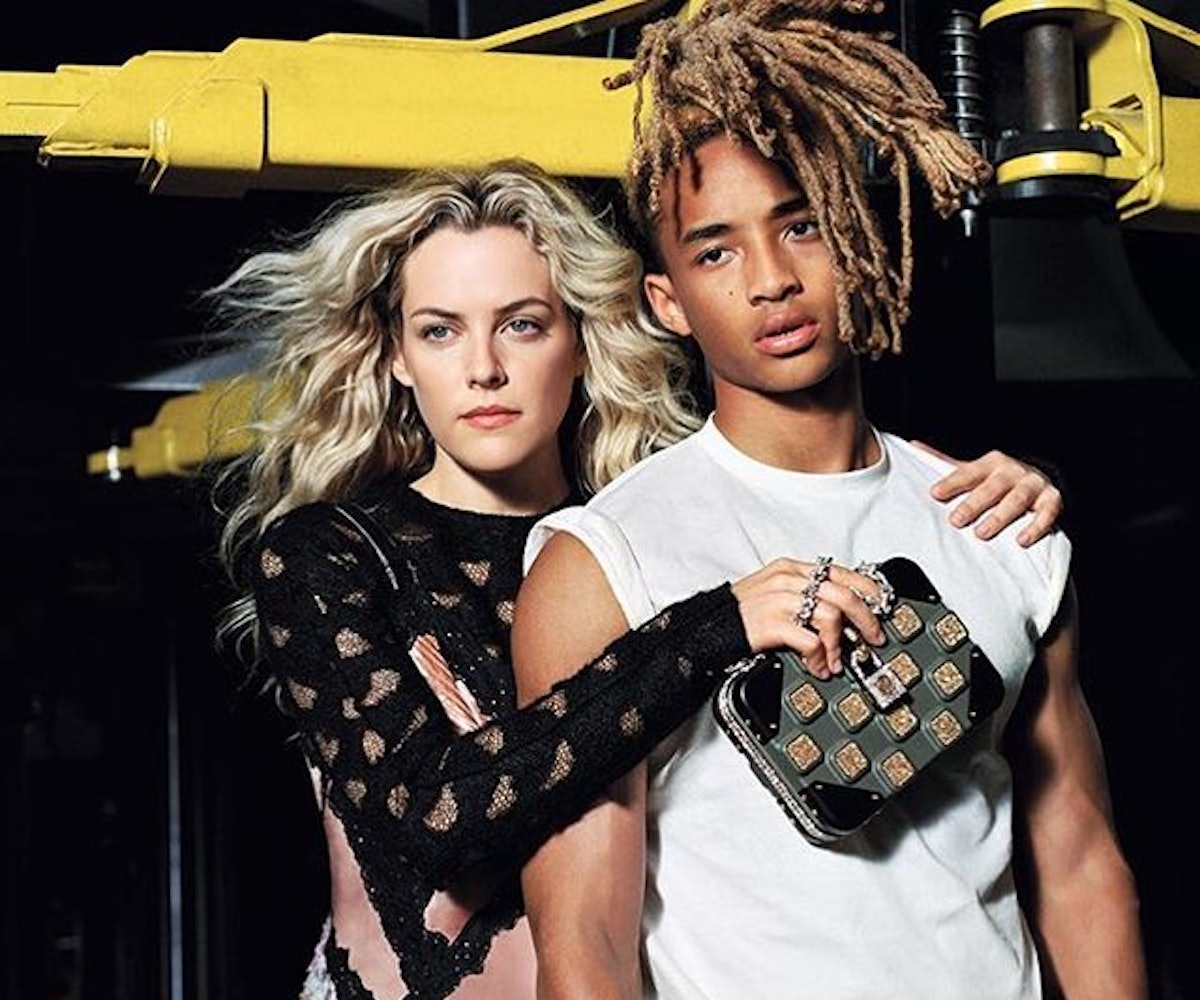 Jaden Smith and Riley Keough are the faces of Louis Vuitton's newest campaign, and we honestly cannot handle the perfection.

Nicolas Ghesquière posted the first look into the LV Series 7 collection on his Instagram account yesterday afternoon, starring both Smith and Keough. He also enlisted Game of Thrones' Sophie Turner and model Santiago Robledo to star in the campaign as well. See the promo photos, below.

It shouldn't come as a surprise that the duo starred in the campaign. Last year, Smith made headlines when became the face of LV's Spring/Summer 16 womenswear campaign.

Back in January, Keough's American Honey co-star Sasha Lane starred in the luxury brand's Spring/Summer 2017 collection alongside Michelle Williams. All the dreamy campaigns were shot by legendary photographer Bruce Weber.

While we wait for the collection to drop, we can only hope that a Louis Vuitton Series 7 Batman suit for Smith is in the works.