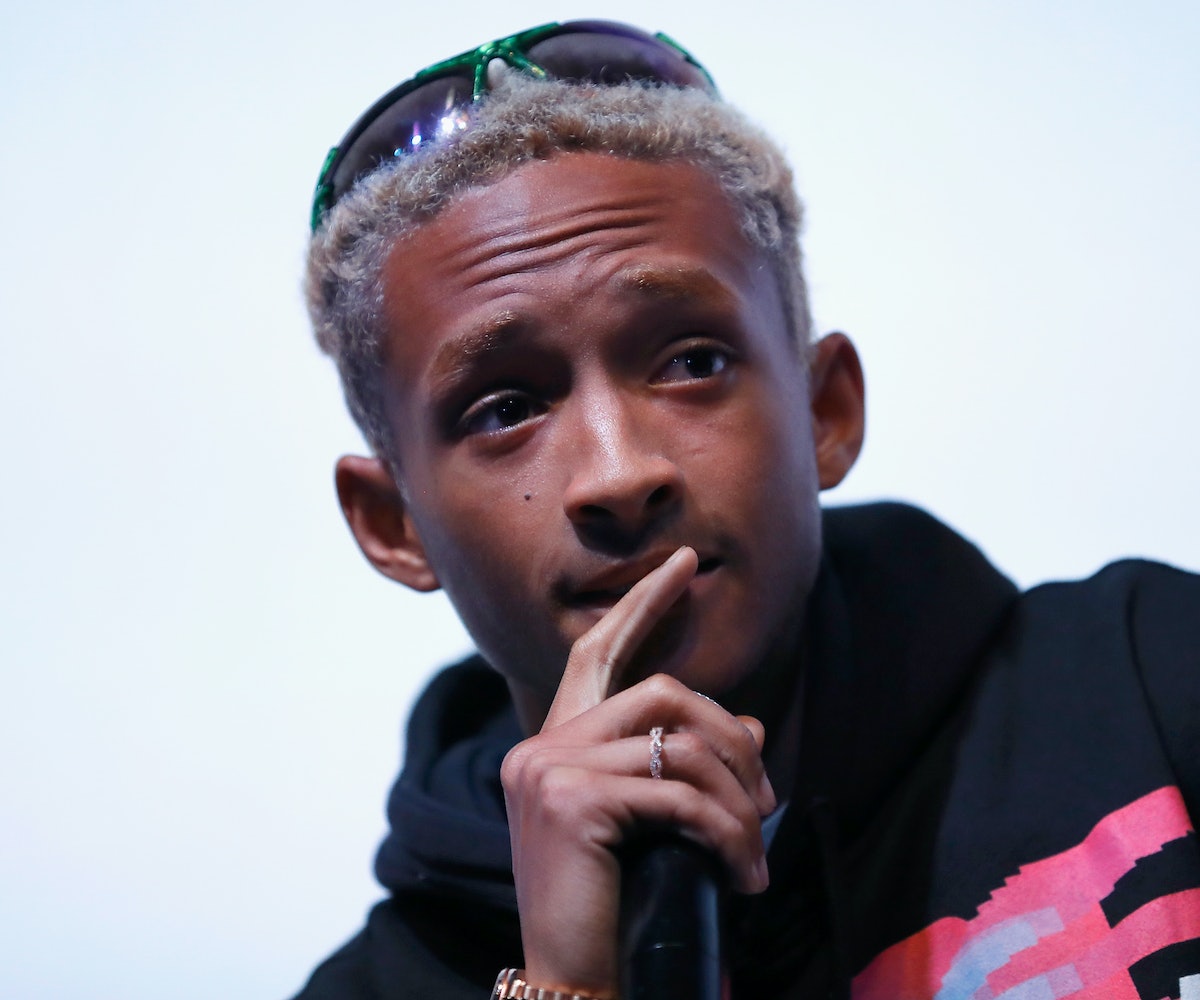 If you have trouble decrypting Jaden Smith’s often-perplexing tweets, you’re not alone. The Huffington Post recently sat down with actor-musician and asked him to translate his most cryptic ones—and for some of them, even he didn't know what he was talking about at the time.

When questioned on the meaning behind a tweet from 2014 which read, “If A Cup Cake Falls From A Tree How Far Away Will It Be From Down. #Jupiter," Smith drew a blank. “I really don’t know where my head was at with that one,” he said. Regardless, he stands behind it: “That was like an abstract painting in the form of words. The visuals that get created in your mind when you say that sentence, I created those visuals in your mind.”

Some of Smith’s classics do have a legitimate background story though. Take, for example, this one from 2013 that many dub one of his greatest: “How Can Mirrors Be Real If Our Eyes Aren’t Real.” Turns out, this abstract thought was inspired by a study where a scientist compared eyes to mirrors. “We take in the information upside down and then the brain flips it right side up so that we can see it right side up," he explained. “And I was like, if we take in the raw visual information upside down and mirrors portray things in reverse, then they’re not real. We’re living in the Matrix.”

It certainly feels like we are after reading some of his more out-there statements. Read the rest of the puzzling tweets, here.

NEXT UP
Culture
Kaia Gerber Won’t Stop Until She’s Cast As Patti Smith In A Biopic
Culture
13 Valentine’s Day Gifts Under $100
Beauty
“Birthday Makeup” Is Sparking A Battle of The Sexes On TikTok
It Girl
Madison Bailey Is Embracing The "Elegance" of Being in Her Mid-20s
Style + Culture, delivered straight to your inbox.