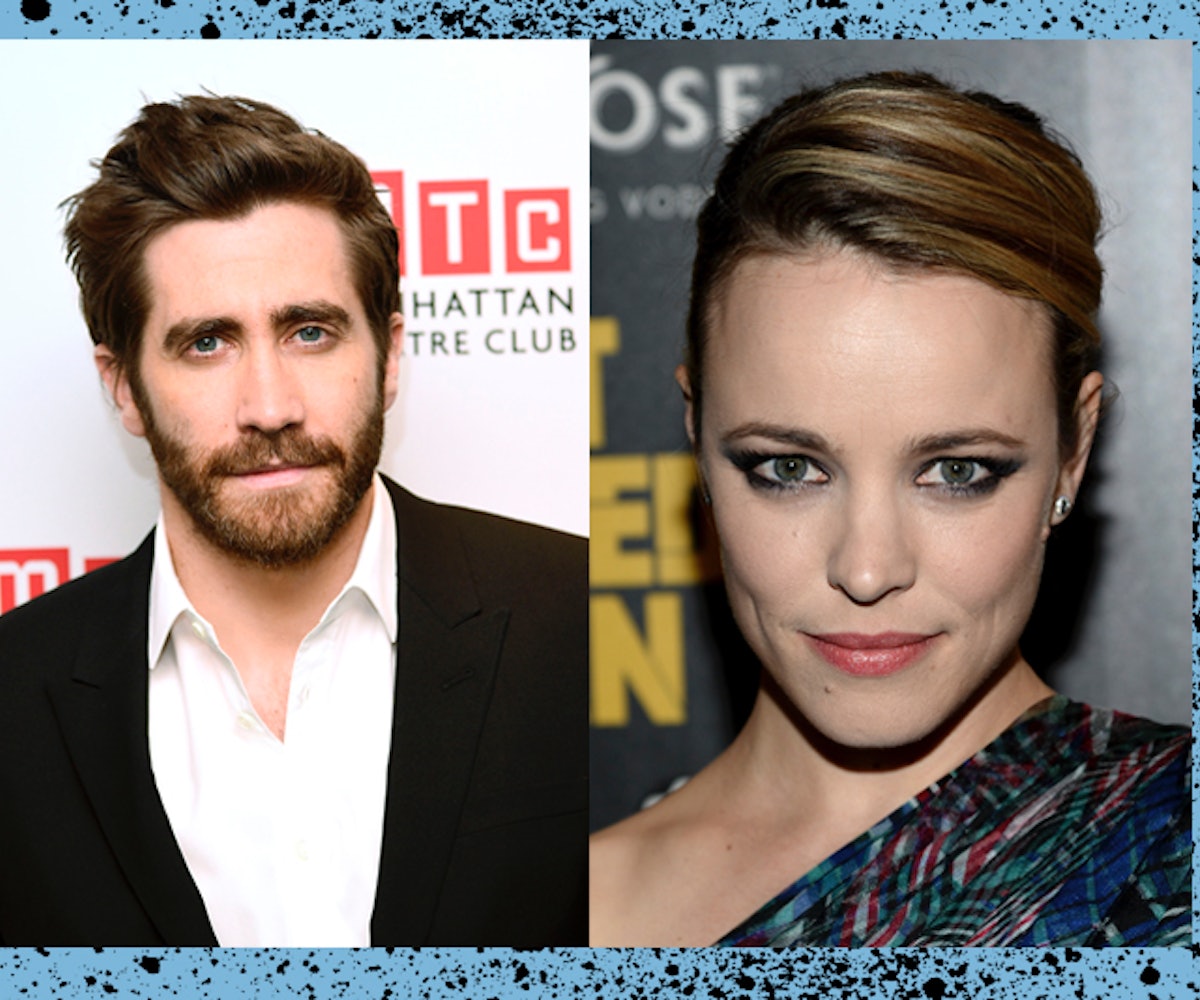 Ah, the inevitable celebrity dating rumor mill churns once again. Two famous people go out for what seems to be an enjoyable meal and suddenly they’re knocking boots. Can’t one famous person ingest some food around another famous person without some headline announcing they’re probably bedfellows? (Answer: unfortunately no.)

Jake Gyllenhaal and Rachel McAdams were photographed at a restaurant yesterday. They appeared to be happy. It’s been reported that the date was “romantic,” but who knows! It could’ve been friendly—maybe even just cordial. The two have been friendly since 2010 and did recently work on the movie Southpaw together. Perhaps, unlike the vast majority of us, they were actually following through with the ol’ “good to see you; let’s get a drink soon” promise. Or they’re totally dating and that faint white noise you hear from time-to-time is actually the sound of single hearts breaking, knowing their celebrity crush is definitely off the market. (via New York Daily News)