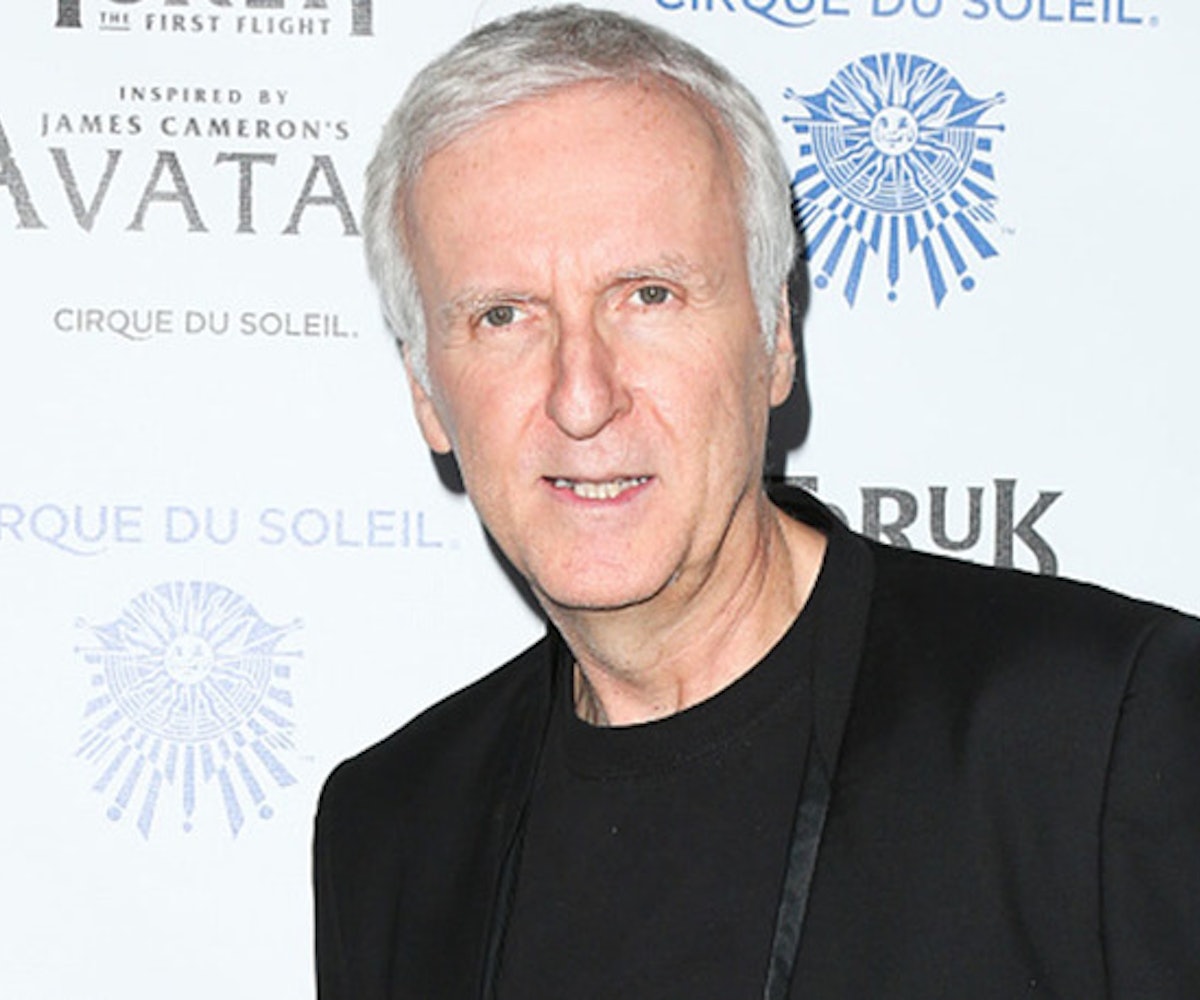 James Cameron will apparently be one of the few people not dressing as Wonder Woman for Halloween this year. He told The Guardian that the huge success of the female-driven superhero film wasn't really a big deal. “All of the self-congratulatory back-patting Hollywood’s been doing over Wonder Woman has been so misguided," the Avatar director said. "She’s an objectified icon, and it’s just male Hollywood doing the same old thing!”

He went on to say that while he liked the movie, "it's a step backwards." Cameron said he instead preferred the heroine in his own film Terminator. "Sarah Connor was not a beauty icon. She was strong, she was troubled, she was a terrible mother, and she earned the respect of the audience through pure grit. And to me, [the benefit of characters like Sarah] is so obvious. I mean, half the audience is female!”

It should be noted that Cameron's former wife Linda Hamilton, who played Sarah, was a babe, and Gal Gadot lassoed a lot of grown men in Wonder Woman.

Cameron expressed frustration that Hollywood lacks powerful and nuanced female characters. “There are many women in power in Hollywood and they do get to guide and shape what films get made. I think—no, I can’t account for it,” he said. “Because how many times do I have to demonstrate the same thing over again? I feel like I’m shouting in a wind tunnel!"

After his comments, some people, including Cher, called Cameron out for his own sexist past, like the way he treated Hamilton when the two were married. A time the actress herself called

I think we can still all agree that there can never be enough strong female leads.

NEXT UP
Beauty
“Birthday Makeup” Is Sparking A Battle of The Sexes On TikTok
Culture
13 Valentine’s Day Gifts Under $100
It Girl
Madison Bailey Is Embracing The "Elegance" of Being in Her Mid-20s
Fashion
Kali Uchis Stars In H&M Studio’s Glamorous New Spring Campaign
Style + Culture, delivered straight to your inbox.