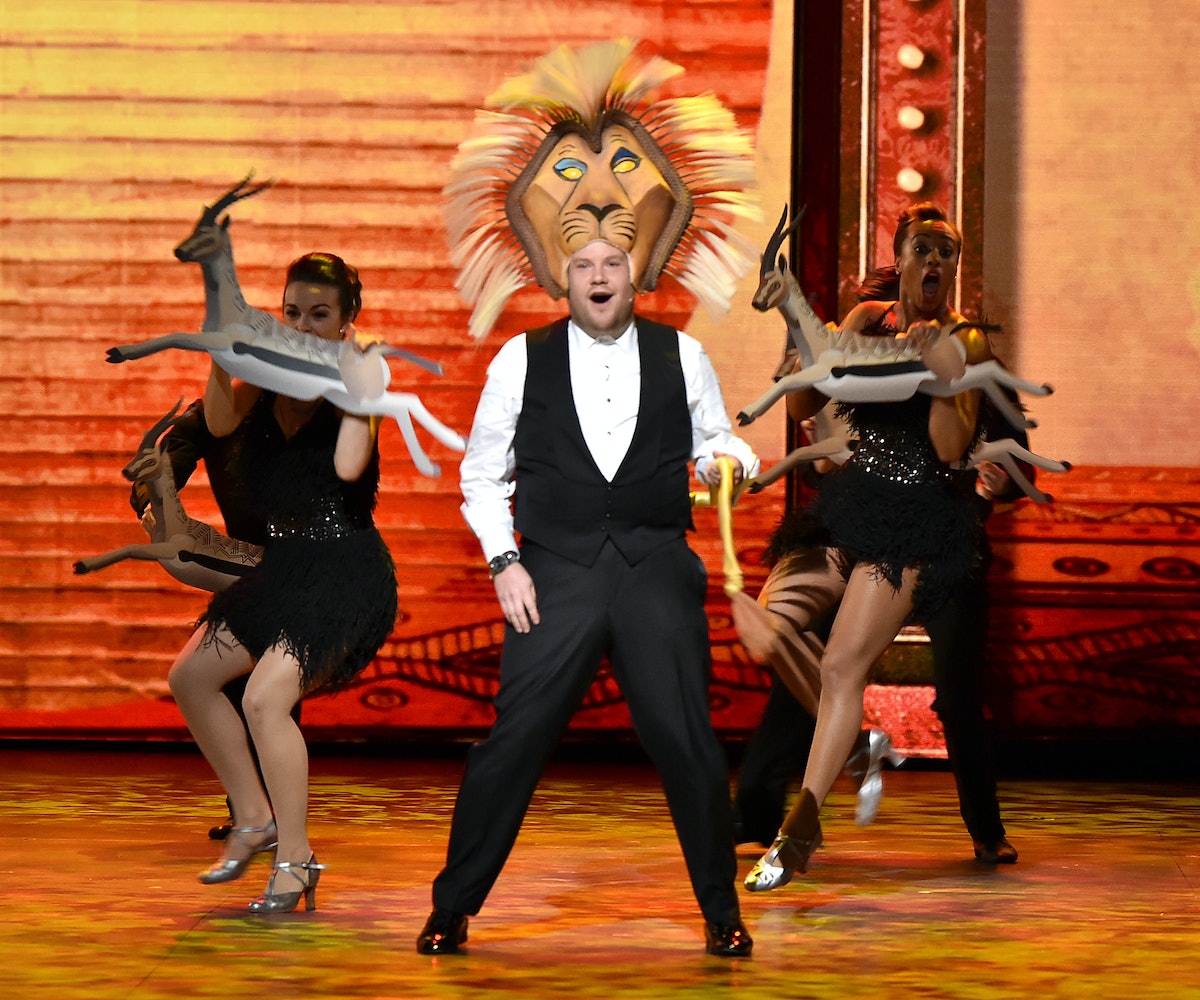 Before he kicked off last night's Tony Awards with a planned medley of Broadway numbers, host James Corden faced the daunting task of addressing the shooting in Orlando. Corden, his back to the audience at the Beacon Theater in New York, took about a minute to tell the people of Orlando that both he and the entire theater community stood with them. “All around the world people are trying to come to terms with the horrific events that took place in Orlando this morning,” he said with poise. “On behalf of the whole theater community and every person in this room, our hearts go out to all of those affected by this atrocity. All we can say is you are not on your own right now. Your tragedy is our tragedy.

Then, because this is Broadway, the show went on, and Corden made a case for hosting every award show from here until eternity. After being introduced by the cast of "Hamilton," Corden took the audience back to his childhood, where his love of theater and dreams of performing on Broadway were forged. Then, as one does when they are hosting the Tonys, Corden performed a breakneck medley that tweaked some of the biggest Broadway productions in history. "Fiddler on the Roof," "Cats," "Annie," "Evita," "Jesus Christ Superstar," "Dreamgirls," and "The Lion King" were all included, and Corden once again displayed the supernova talent that has contributed to his astronomical rise in popularity. Check it out, below.