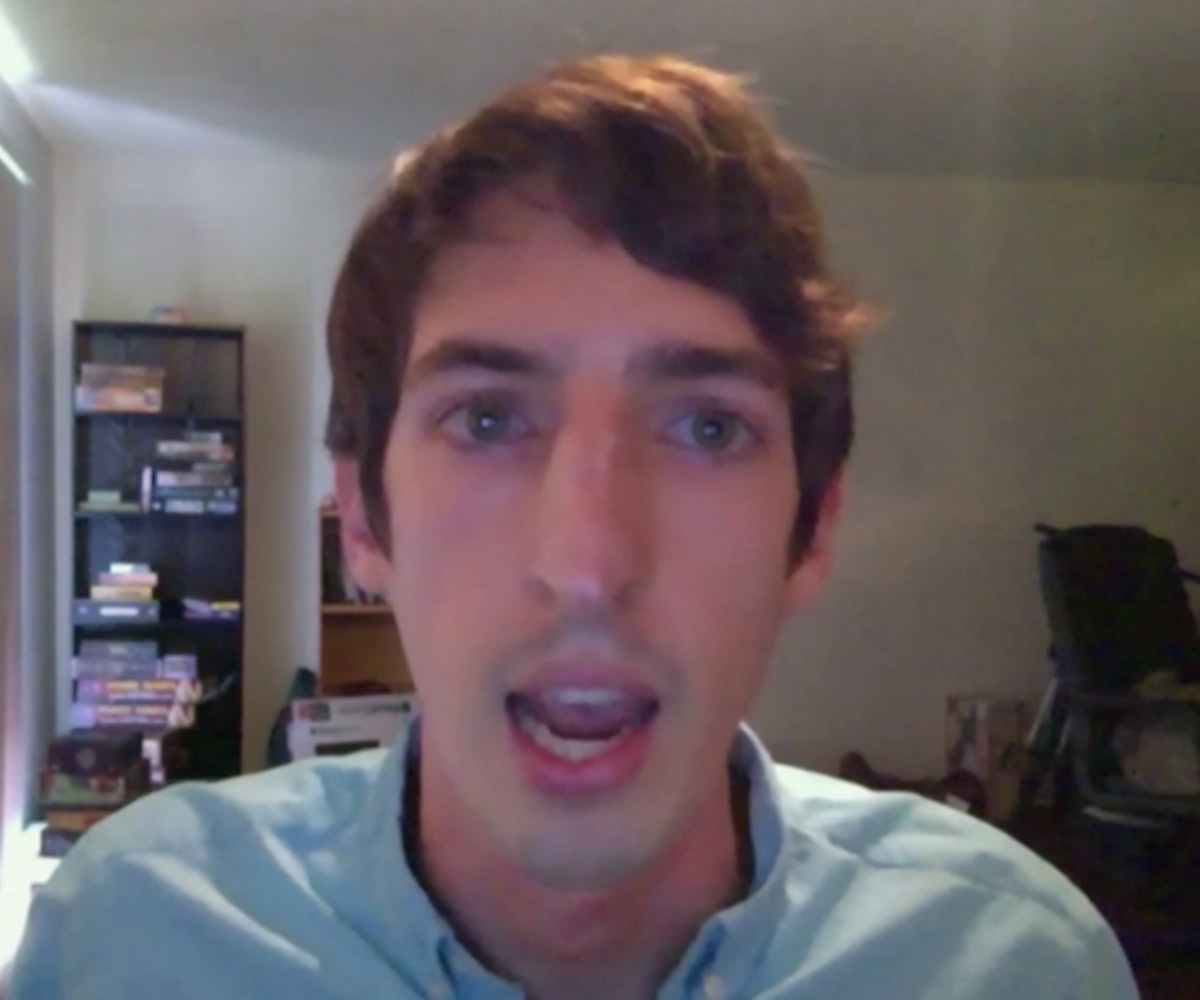 If the name James Damore doesn't ring a bell for you, here's a quick refresher: Damore was a Google engineer, who was fired for circulating a memo he wrote in which he condemned Google's efforts to hire a diverse array of employees. In the memo, Damore made clear that he thought the lack of women in prominent tech roles was not due to sexism, but rather, to "biological differences between the two sexes," as Motherboard reported in August. See, women: It's not that men don't want you to compete with them, it's that you're biologically incapable of doing so. Really makes you think, right? (Well, not if you're a woman because we just can't think hard for very long. We're not made that way.)

Following the release of the memo and Damore's subsequent firing, he became something of a cause celebre for the kind of free speech advocates who tend to pose hypotheticals like, "But what if a child with cancer's dying wish is to say the N-word? Is it still wrong then?"

However, Damore insisted after his firing that he was in no way a white supremacist, denying that he supported the alt-right. Okay. But why, then, did he decide to create a Twitter quiz today, in which he asked people's opinions on whether or not the "internal title names" of the KKK are actually "cool"? Hmmm.

Damore's quiz was preceded by a disavowal of the KKK; he said the group is "horrible" and he doesn't "support them in any way." And yet, he... has a lot of admiration for their names? Damore claimed, in subsequent tweets, that "you know you’ve moralized an issue when you can’t criticize its heroes or acknowledge any positive aspect of its villains," and that not talking about the "cool" aspects of the KKK is "like teaching your child to be responsible about drugs and sex without addressing the fact that they can be fun."

Is it, though? Or is not calling the grown men and women who refer to themselves as "wizards" cool and instead, calling them what they really are—dangerous bigots who should be totally ostracized—the better thing to do? Also, the comparison between the KKK and sex is really disturbing, because the KKK is very bad, while sex is very good. This should be obvious to anyone with any exposure to either of those things.

Damore, however, doesn't see it that way. He is convinced that by virtue of the fact that the KKK embraces Dungeons and Dragons terminology, people are going to flock to its white supremacist embrace, abandoning any moral principals they have, because they just really want someone to call them a wizard. Somehow, I don't think it's that easy to make people give up their ethical code—if they have one, to begin with. But what do I know, I'm just a woman, and thus, according to Damore, not even smart enough to understand all this in the first place.

NEXT UP
Life
Read An Exclusive Excerpt From I’ve Had To Think Up A Way To Survive: On Trauma, Persistence, and Dolly Parton
Nylon Nights
Maggie Rogers Gets Ready for Louis Vuitton’s Spring 2023 Show
Life
Pamela Anderson To Release "Unfiltered" Memoir, 'Love, Pamela'
Beauty
Hailey Bieber's Latest Manicure Is Halloween-Themed