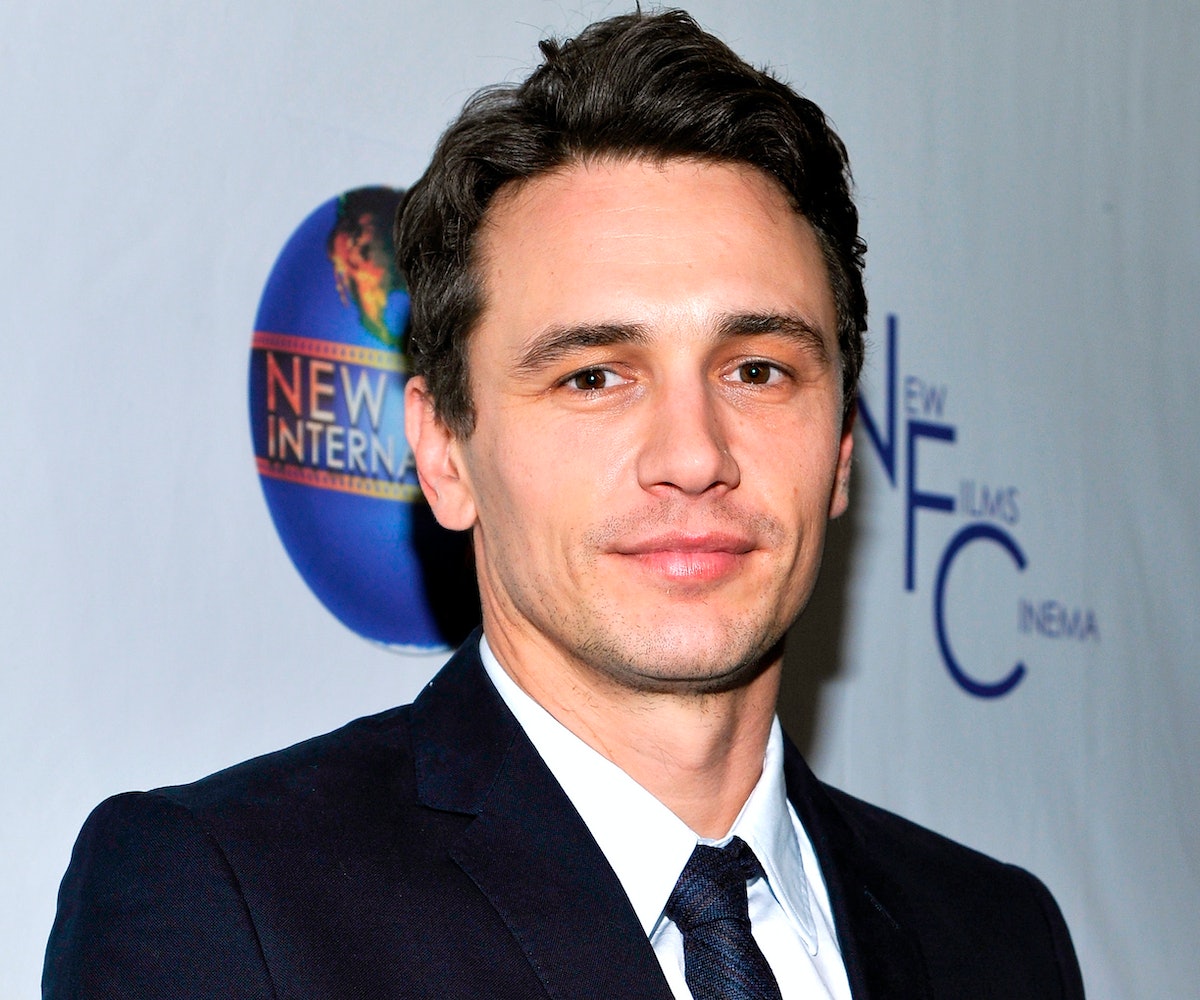 James Franco occupies himself with so many creative projects that we don't understand how he could possibly have time for acting. A few weeks ago, the actor was celebrating his bar mitzvah, and it was only yesterday that he released an animation with Julian Glander about his troublesome high-school days.

If anything, we were expecting an official confirmation about his alleged short film with Lana Del Rey, but instead, it turns out that he's releasing a full-length album with his band Daddy called Let Me Get What I Want. Daddy is a duo that consists of Franco and multi-instrumentalist Tim O'Keefe, and the two started making music together after they met at the Rhode Island School of Design's Digital+Media MFA program. The band officially signed a worldwide multi-year deal with Kobalt on October 30.

"We are really excited to partner with Kobalt on our upcoming Daddy album and film," the duo told Billboard. "Kobalt has the right forward-thinking approach to work with a project as unique as ours, where we see our work not only existing within the music realm, but extending into the film, art space, and beyond on an independent basis."

If you couldn't already tell based on the album title, the entire concept project is inspired by The Smiths, the infamously gloomy Manchester rock band that reigned from 1982–1987. In a way, this concept album serves as the next creative form of “Poems Inspired by Smiths’ Songs," which were two sections from Franco's book, Directing Herbert White: Poems. The Smiths' bassist Andy Rourke is even featured on every track on the album, so this is all very legit.

Up until this point, we were not aware that Franco had any musical capabilties whatsoever, but we totally understand his Smiths obsession. We're dying to know what Morrissey thinks about all of this. Let Me Get What I Want is expected for release sometime in 2016.