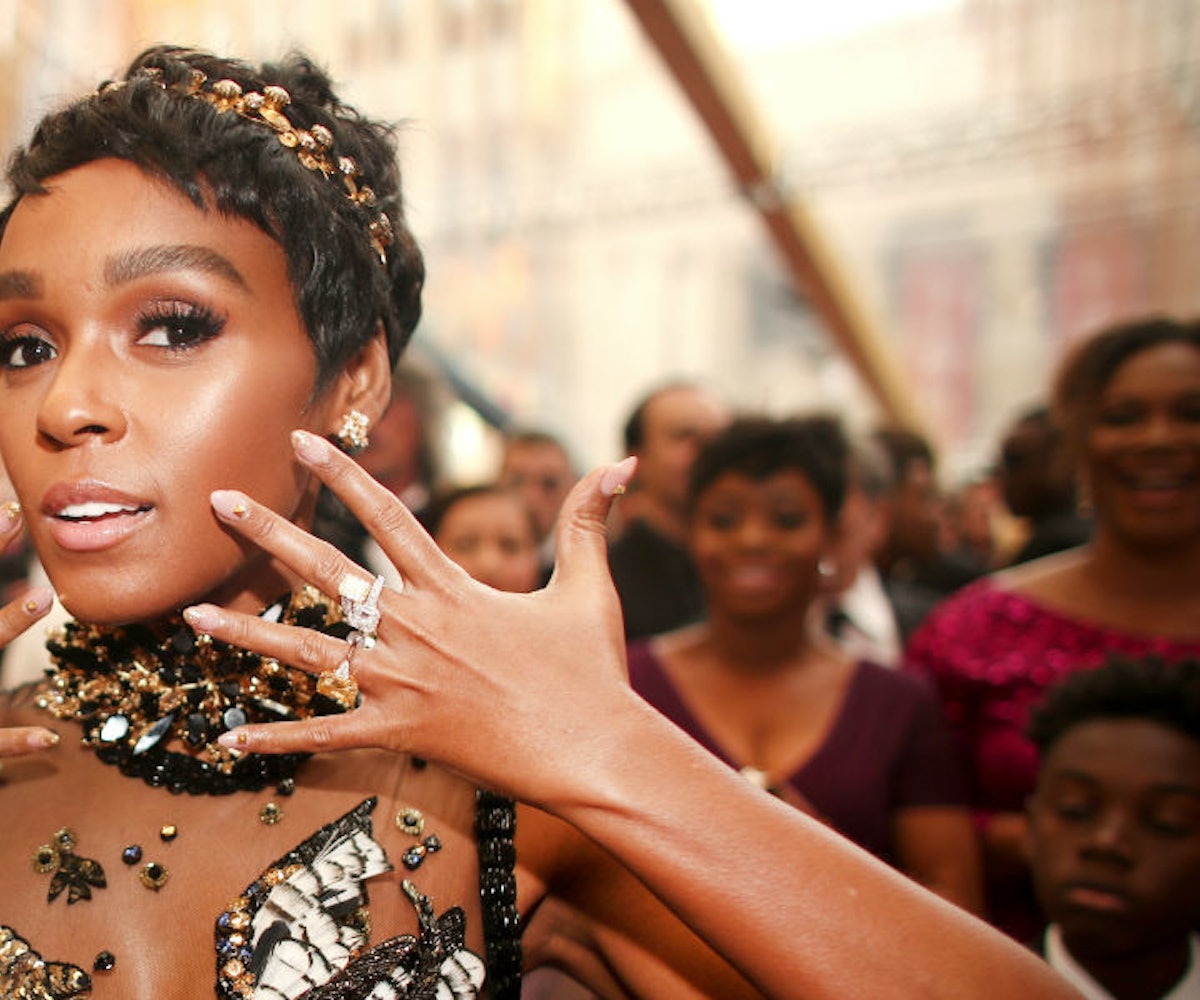 Many people dubbed Janelle Monáe’s “Make Me Feel” video her coming out. It wasn’t. The singer never talked about her sexuality and, as such, never confirmed or denied the rumors that the video brought to the surface. Now, a month later and on the eve of the release of her new project, Dirty Computer, Monáe has come out as pansexual in a recent Rolling Stone interview.

She told the publication, "Being a queer black woman in America, someone who has been in relationships with both men and women—I consider myself to be a free-ass motherfucker." She says that she initially identified as bisexual, "but then later I read about pansexuality and was like, ‘Oh, these are things that I identify with too.' I'm open to learning more about who I am.”

Monáe says that, while she always evaded answering questions about her sexuality in public (she wouldn't confirm whether or not she’s dating Tessa Thompson), “if you listen to my albums, it’s there.” She shares that the original title for her song “Q.U.E.E.N.” was actually “Q.U.E.E.R.,” and that you can still hear the word in the background if you listen closely.

Dirty Computer, is rumored to be her most vulnerable release yet. The singer is stripped of her previous android identity, Cindi Mayweather, sharing her unfiltered thoughts. She hopes her courage is inspiring for other “dirty computers” out there. “I want young girls, young boys, nonbinary, gay, straight, queer people who are having a hard time dealing with their sexuality, dealing with feeling ostracized or bullied for just being their unique selves, to know that I see you,” she says.