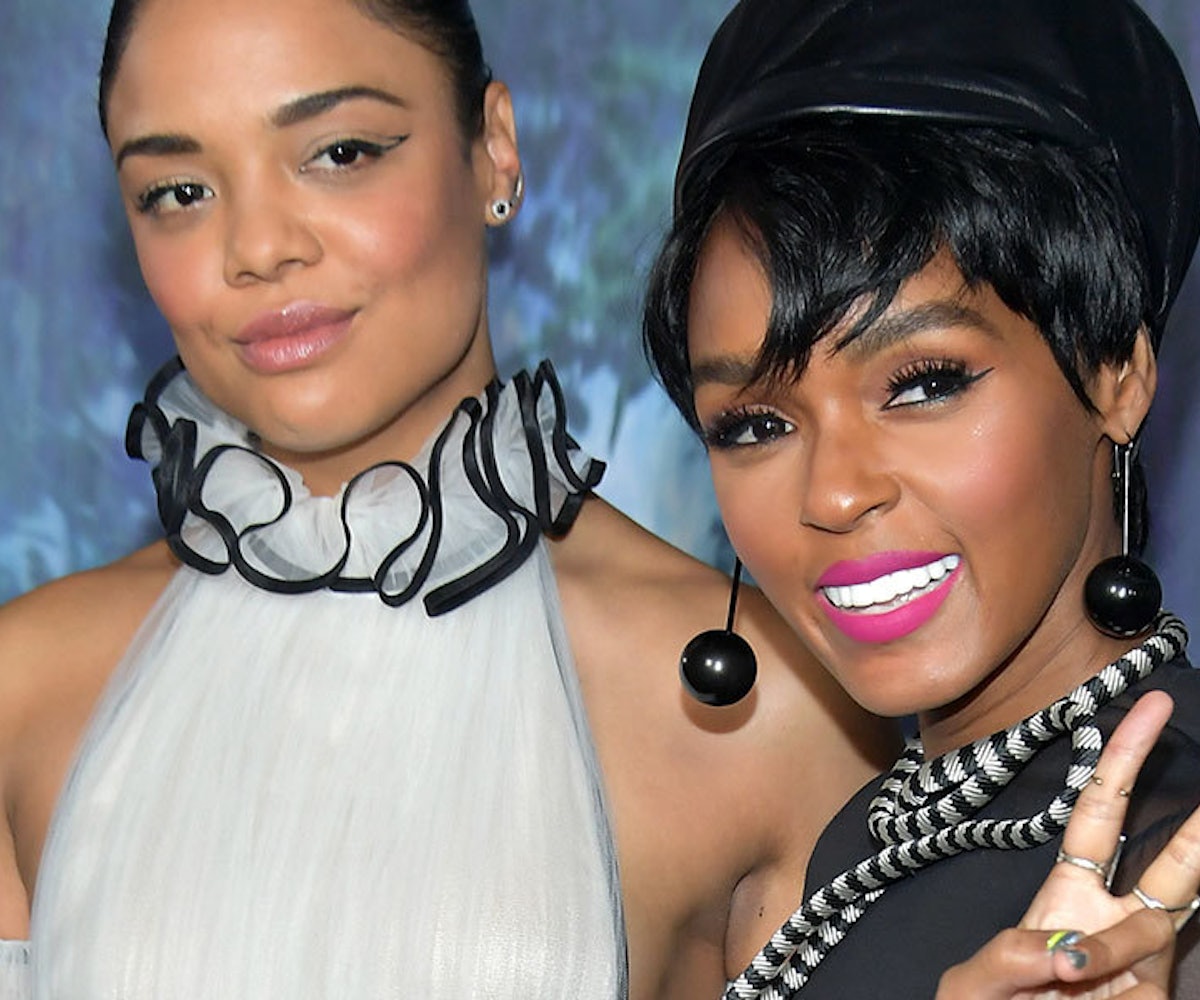 Janelle Monáe revealed in a recent interview with the New York Times' Jenna Wortham, that her upcoming visual album Dirty Computer will be a 50-minute film about star-crossed lovers living under an authoritarian government. That couple will be comprised of none other than Monáe and her very own rumored-lover Tessa Thompson.

This aspect of the project is sure to keep those rooting for an IRL relationship clapping. But, don’t get your hopes up too much. Despite the sexual tension between the pair in the “Make You Feel” video or the fact that Thompson literally emerges from between the legs of Monáe’s pink vagina pants in “Pynk,” Monáe says that these are merely instances of her revealing herself as an advocate of women and queer issues. “I’m a girl’s girl, meaning I support women no matter what they choose to do,” she told the New York Times. “I’m proud when everybody is taking agency over their image and their bodies.”

When Wortham asked her what she thought about the speculation, Monáe was also vague. Wortham writes:

Watching her as she decided on a response was like watching a mathematician working out Fermat’s Last Theorem. Gears were churning; calculations were being made. Finally, she laughed, raised her eyebrows and deflected: “I hope people feel celebrated,” she said. “I hope they feel love. I hope they feel seen.” It was late into the evening, and I was conscious of how long we’d been talking—at least two hours—and let it drop. But the issue lingered for me, especially the more times I watched her film.

And until Monáe feels comfortable enough to share her story, it will just have to linger for the rest of us, also.