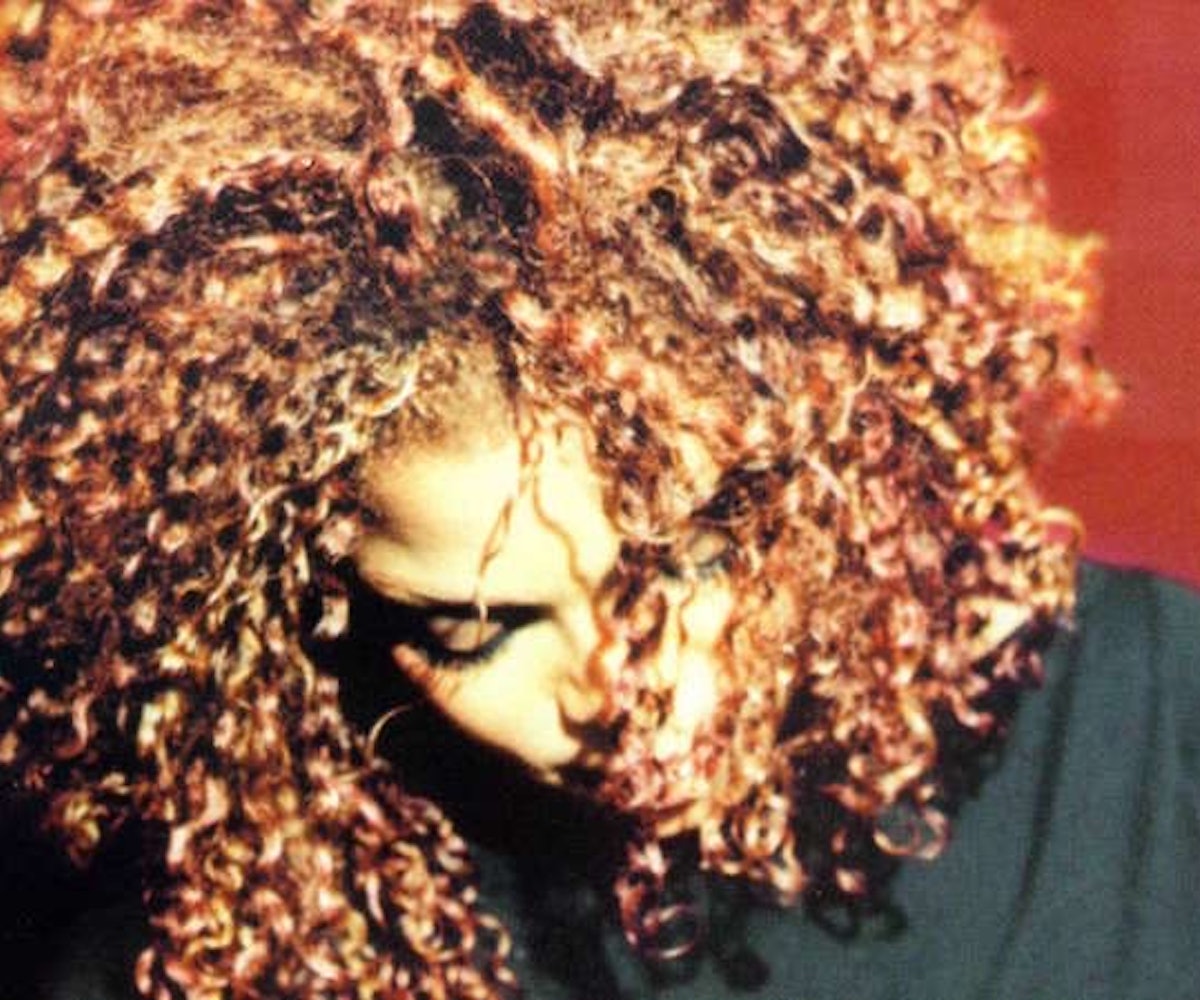 Janet Jackson didn’t have anything to prove in 1997. She had just signed a record-breaking deal with Virgin the year before, making her the highest paid recording artist at the time. She had already established herself as a pop icon; she could’ve gotten away with playing it safe and putting out a tame album with radio-friendly hits and big-name collaborations. Instead, she brought us Velvet Rope.

Usually, a project of this magnitude comes around the beginning of an artist’s career, not her sixth studio album. But Jackson isn’t your average artist. She grew up the youngest girl of nine children—five of whom made up one of the biggest boy bands of all time. (Maybe you've heard of them.) When you’re forced into the spotlight as early and as often as she was, you don’t have time to process what’s going on. Though Jackson was in her 30s when the album came out, the demons she encountered, the loneliness she experienced, and the hurt she pushed aside as a result of her fame all collided on Velvet Rope.

“You think you've gotten over things, but you never do,” she told CNN back in ’97. “You push it away, but finally you have to look at this (expletive). Was it frightening? Hell yes. The pain was worse than ever. Writing [songs] about it was therapeutic. This was the hardest album I ever did. It took me six months to record it, but it felt like 31 years, which is how old I am. There were times I had to walk away from the microphone because I was in tears from what I had written.” What we got was the unrehearsed and vulnerable Jackson, the heartbroken and despondent, the angry and sexually liberated. We got all facets of the singer in 22 tracks.

Some have referred to Velvet Rope as being the singer’s magnum opus. It’s up there, but calling it that would be doing the rest of her discography a disservice. It also isn’t underrated, as many have said. It was appreciated at the time of its release by the people it was made for. Like writer Myles E. Johnson, who tells me over email that Velvet Rope was the first album he wanted to live inside of. “I wanted to look like the ‘Got ‘Til It’s Gone’ video. I wanted a sexuality and melancholy like ‘I Get So Lonely.’ I wanted a politic like ‘Free Xone' or ‘What About.’ I wanted to party with folks found in the ‘Go Deep’ visual. Janet Jackson crafted a type of alluring, eclectic blackness that was poetic, youthful, and bold.”

I was seven when the album was released. So, not exactly the intended audience. I was transfixed anyway—by Jackson’s vocals, the videos, but, more than that, by the subsequent tour. And there's one distinct memory of the HBO airing of Jackson's Velvet Rope tour that has stayed with me to this day. It came during the performance for “Rope Burn,” when Jackson pulled a man from the audience on stage, tied him down, and proceeded to seduce him, while outfitted in a bra and pants. It wasn’t something a seven-year-old should’ve been watching, let alone something I could really process, but I do recall the confidence Jackson exuded, and the power she held over the man, yes, but also everyone watching her. I knew that it was something worth admiring. Many artists would go on to pull similar stunts at their concerts, but nobody did it with her conviction.

We never, really, saw Jackson as she presented herself on Velvet Rope again. She continued to make great music, but it was never quite as layered. After Velvet Rope came All For You, a nice commercial album. Then, the 2004 Super Bowl happened, and everything screeched to a halt as far as sales and chart-topping was concerned. The irony of what some have called her downfall—the moment when Justin Timberlake ripped off her top—is that Jackson’s breast being exposed to the general public is G-rated business when you consider she had recorded herself masturbating, performed a striptease on stage and aired it to 15 million people on cable television, and released a lesbian rendition of Rod Stewart’s “Tonight’s The Night” just seven years prior.

Armed with bright red curls and a new sense of self-awareness, Jackson unhooked and ushered fans behind her metaphorical velvet rope. And in doing so, she opened up the space for other singers to do the same. “This album is still the blueprint for the pop star that wants to ‘go deep,’” Johnson says. “I can’t imagine Madonna’s Ray of Light, P!NK’s Misunderstood, Lady Gaga’s Joanne, Beyoncé’s Lemonade, Rihanna’s Rated R and Anti, SZA’s CTRL or Christina Aguilera’s Stripped without Janet Jackson showing them how to undress, emotionally, while the whole wide world gazes.”