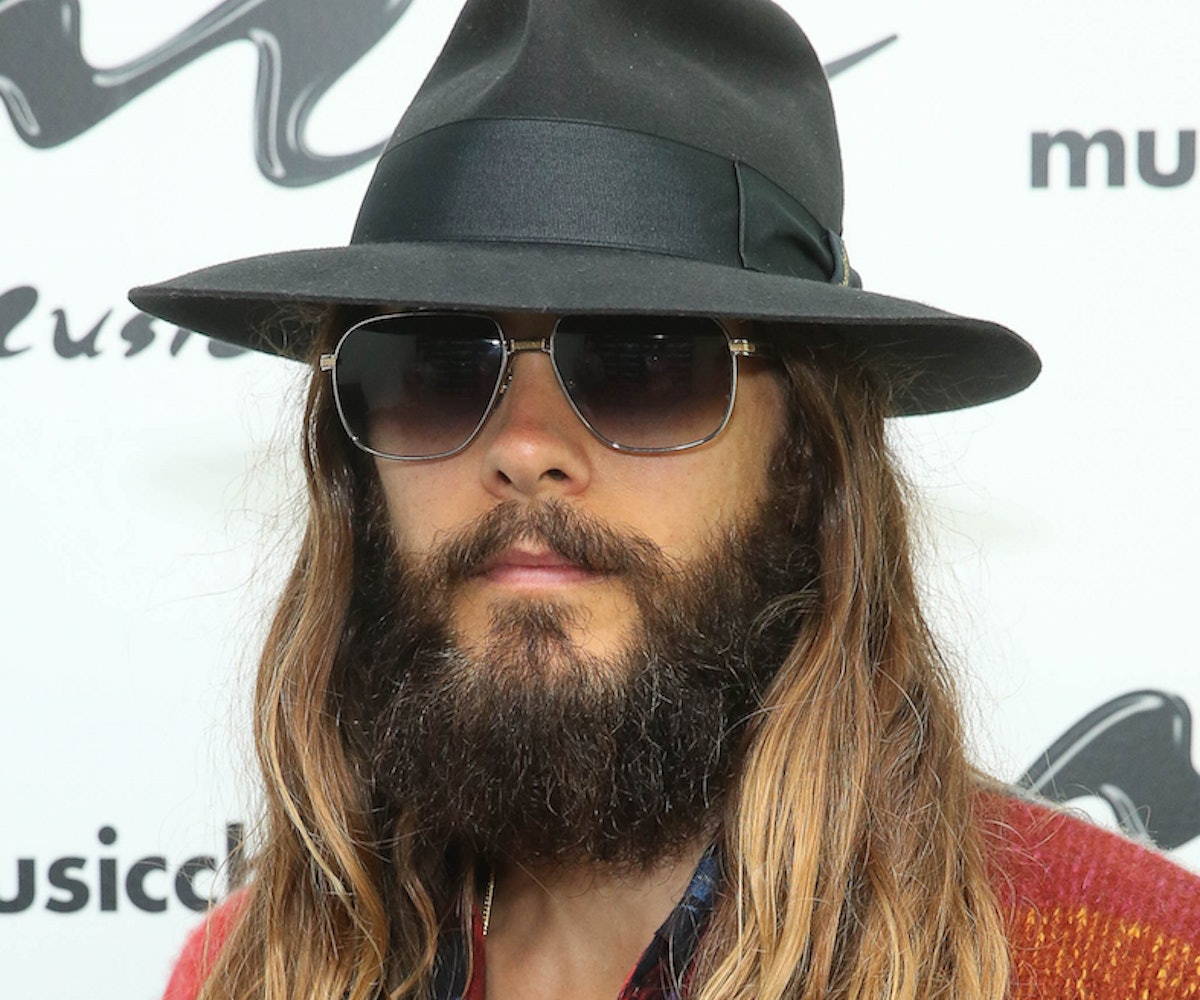 You know what? I’m a writer. And as a writer, I can hide behind “creative license” and straight make up words because that is a part of my authorial duty. I can do that, because, not to get all Roland Barthes on you, but words are just societally agreed upon sounds/noises that stand as signifiers. So here is my new word, an adjective: “Jared Letoiest.” As in, “Wow, Steve, I really like your ponytail, but it isn’t the Jared Letoiest thing I’ve seen recently,” or, “That guy was totally standoffish, but then I realized he didn’t know how to read, it was the most Jared Letoiest experience I have ever had.” The definition of said word can be summarized as an object that posesses the properties or qualities of a singular Jared Leto, which includes self-assuredness, kick-ass hair, an effortless way with the ladies, and also a penchant for flannel.

The reason for this new word, which we should alert Oxford about promptly, is this recently surface TMZ video of Jared Leto’s car, which, to be fair, can only be described as Jared Letoiest. No, it isn’t a hybrid or a Mustang or a Lambo. It is a classic Bronco SUV sans roof, adorned with custom orange and yellow flames covering, nay, licking, the hood. TMZ made a whole video about it, but you probably shouldn’t watch it unless you want to feel really uncomfortable and be assailed by an overabundance of sound effects, but just have this as a takeaway: Jared Leto’s car is simply the Jared Letoiest, and we would totally hop into it to make out with him in the boiler room.