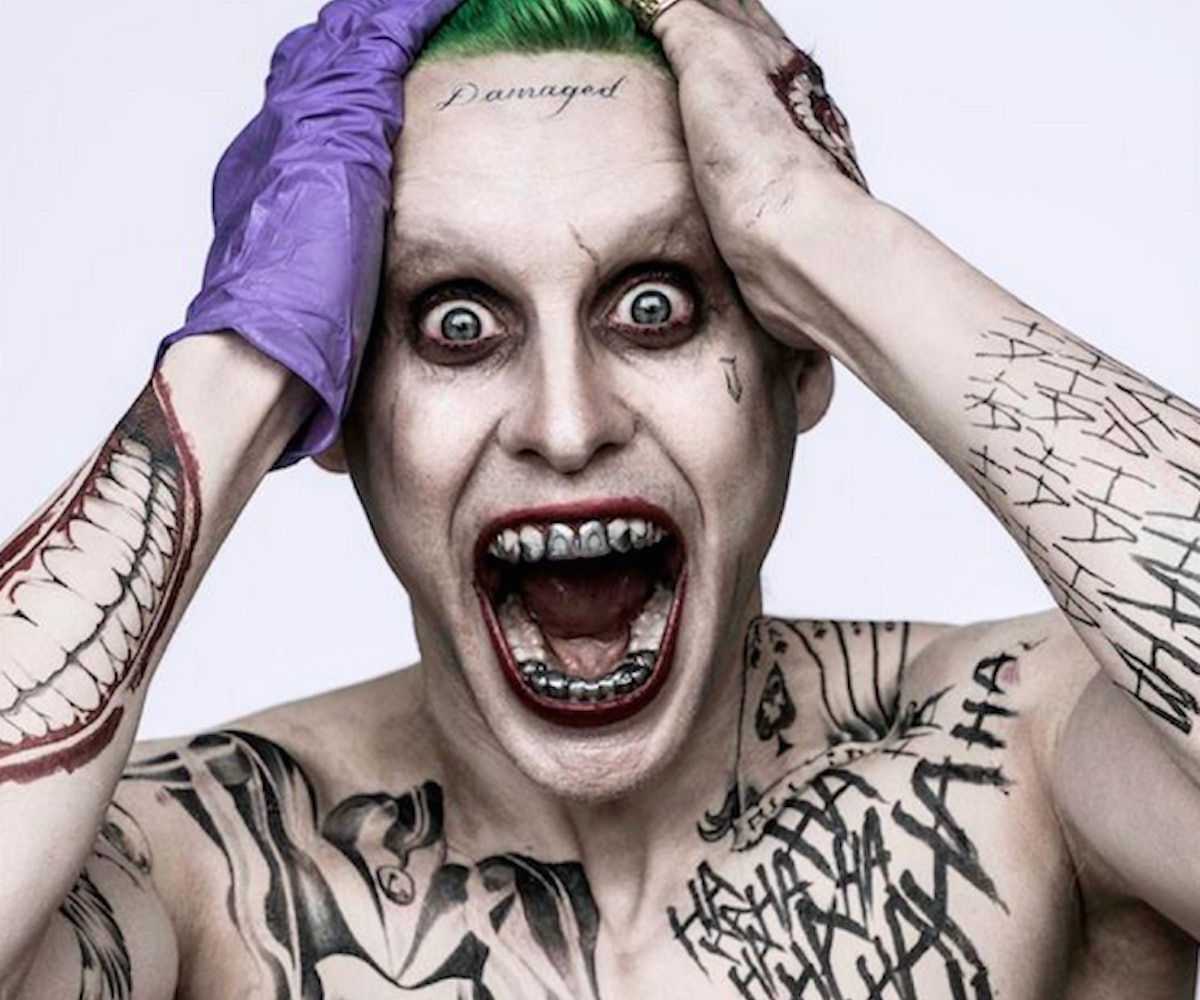 It was bound to happen: Grainy images and video have surfaced of Jared Leto as the Joker on the Toronto set of Suicide Squad, which means we get to him just how the filmmakers intended. Up until now, our only real glimpse was that tatted-up official image that was released last month (you can see it above). There, Leto was shirtless, exposing a gallery of Joker-themed tattoos that most of the Internet delighted in making fun of. Here, Leto is dressed in a more traditional suit, although it's a dark grey and burgundy instead of the Joker's more familiar purple and green combination.

In the video, we see a scene play out between the Joker and Margot Robbie's Dr. Harleen Frances Quinzel, before her transformation into the Joker's sidekick, Harley Quinn. (Pictures have also surfaced online of Robbie post-transformation.) Some might consider the video and pictures spoiler-y, so we'll refrain from describing it to you, but if you'd like to get a sense of how Leto will use his body and movements to convey Joker's warped mixture of playfulness and insanity, the video below should give you a good idea.

NEXT UP
Entertainment
Björk's Music Video Evolution, From Fresh-Faced Star To Avant-Garde Master
Life
ask a witch love spells
Life
Manifesting Your Best Life By Working With Spirit Guides
Entertainment
The Meaning Behind Paramore's Disillusioned Anthem, "This Is Why"