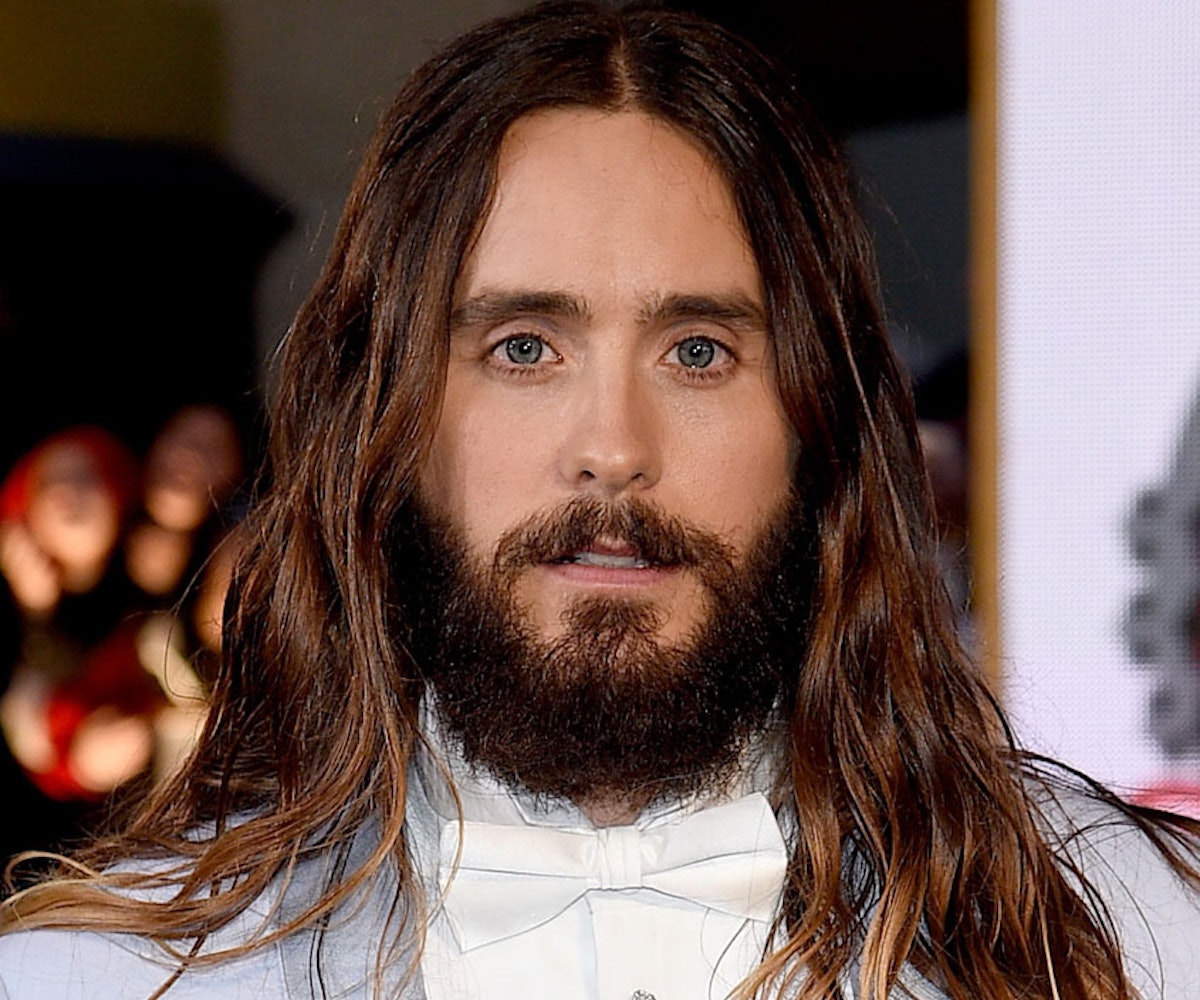 Despite what teen-centric coming-of-age films tell you, there are many things in life more embarrassing than showing up to a party in the same dress as another person. That being said, we're not world-famous celebrities, a.k.a. who-wore-it-better media prey. So we'd be interested in hearing exactly how Jared Leto and Kim Kardashian feel at this moment of time—when they both debuted nearly identical platinum blonde, slicked-back 'dos.

Both Leto and Kardashian are known for their long, dark-haired manes (sometimes ombré, sometimes not), so it's surprising to see them both with such radically bleached locks. And although we knew that Leto ditched his prophet-esque long waves earlier this week, we were not expecting another drastic change. (Be still our hearts!) Kardashian debuted her new look at the same Balmain show this morning.