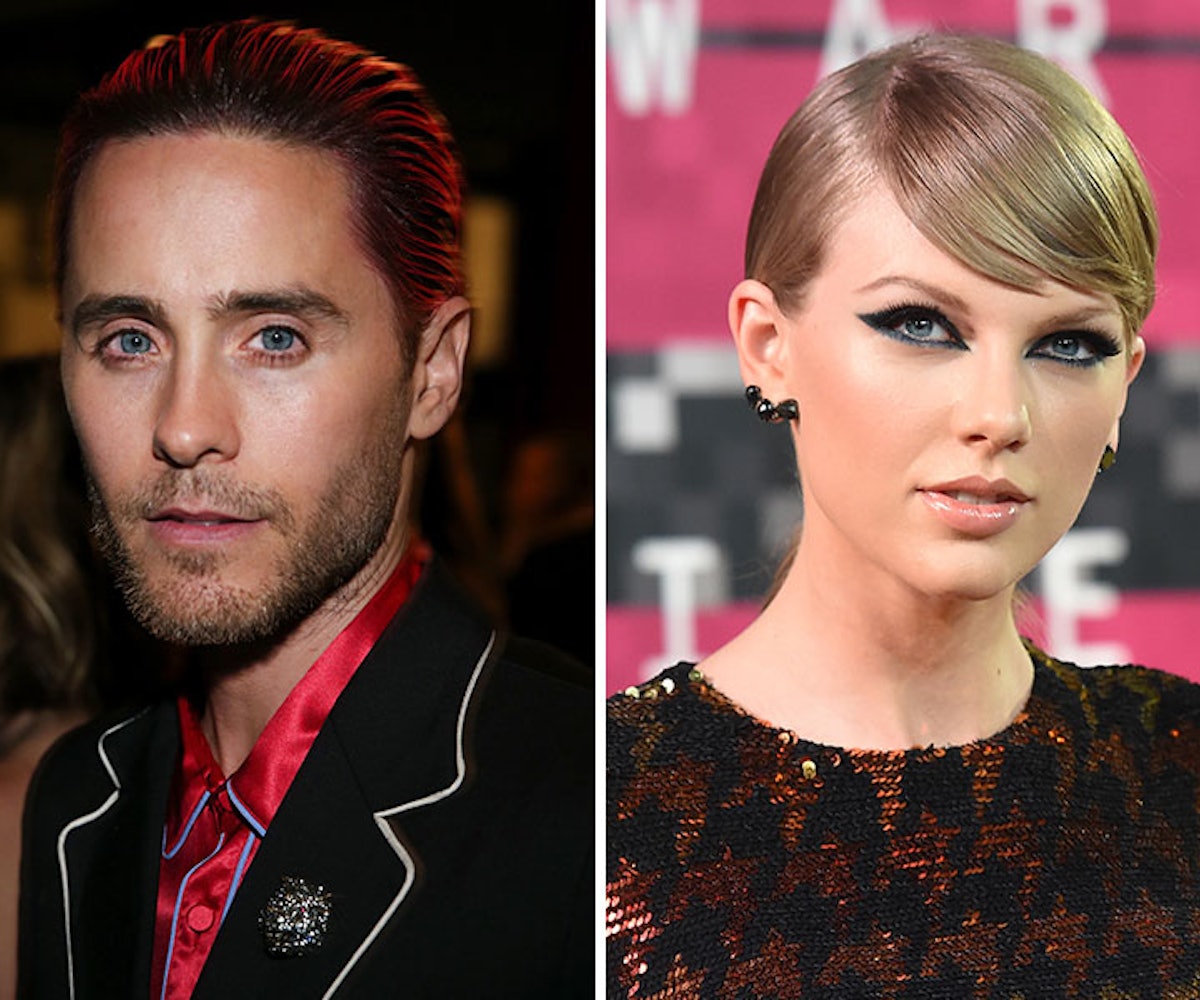 Despite what the hoards of squealing fans, the sold-out arenas, and Ryan Adams' highly publicized paean may indicate, not everyone prefers to bask in the sonic feat that is Taylor Swift's 1989. Jared Leto—mankind's most ageless actor-activist-musician—is one of those people. According to a video obtained by TMZ, while they were in the studio a few months ago, Leto and his band 30 Seconds to Mars looked to the pop star's latest album to see if they could draw inspiration from it and replicate some of its more accessible elements.

If you haven't yet listened to Swift's 1989, which was the top selling album of 2014, do as Leto did: Avoid "Welcome to New York" ("Ah, I don't like this at all. Next."). When bopping along, or perhaps just sitting still with a smirk on your face, to "Blank Space," take note of the Sia-like measures. Then enjoy the first verse, and raise your eyebrows—along with the rest of the world—at the "Starbucks lovers" part. Also make sure to chat about "Charli XX" (which we assume is Charli XCX) and how she crushes everything. When "Style" comes on, sit there with your mouth agape and sarcastically comment about what an "interesting little pop song" it is.

Then, if you decide to ponder how you can incorporate her stylized elements into your own music, conclude with a harsh statement, like Leto's "I mean, fuck her. I don't give a fuck about her. It's about what works best for us."