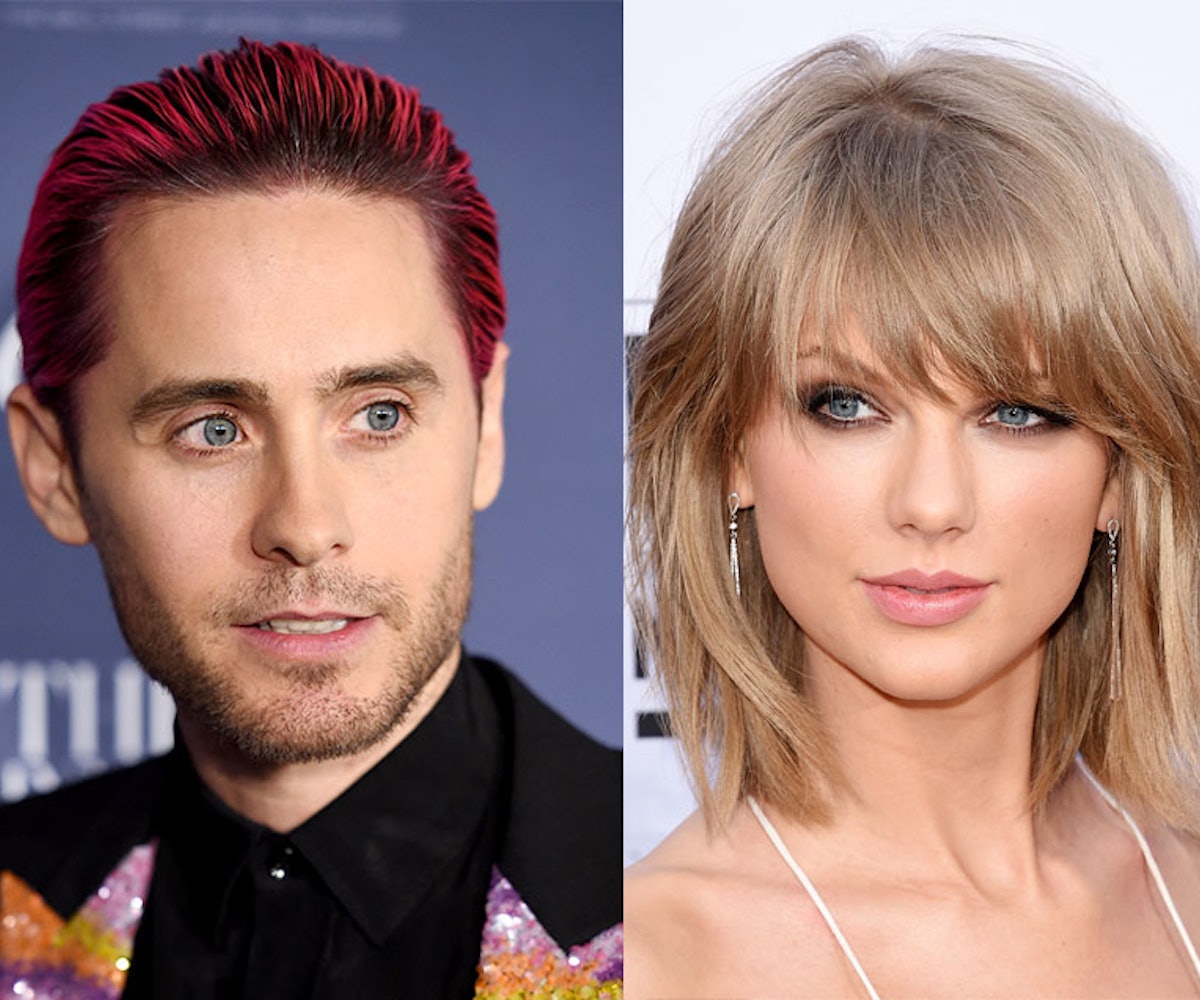 It may not be the most popular opinion, but it really does kind of suck to be a celebrity. Not only do you have paparazzi following your every move, but you also can't have a private conversation or confide in someone without the chance of it being leaked to the media by a "source." And so when a video surfaced of Jared Leto critiquing Taylor Swift's 1989 with his 30 Seconds to Mars bandmates in the studio, which is a presumably sacred space for an artist, it's pretty fair to say that Leto wasn't too happy about it. After all, seeing as he listened to the album because he wanted to see if he could draw inspiration from it, he may not have necessarily been talking about Swift as a person when he said, "I mean, fuck her. I don't give a fuck about her. It's about what works best for us." He may have just been talking about her musical style and choices.

And so Leto did what every right-minded celebrity would do: He took to Twitter to apologize, not only to Swift, who he seems to have a red-carpet friendship with, but also to her fans, who were very, very angry at the video.