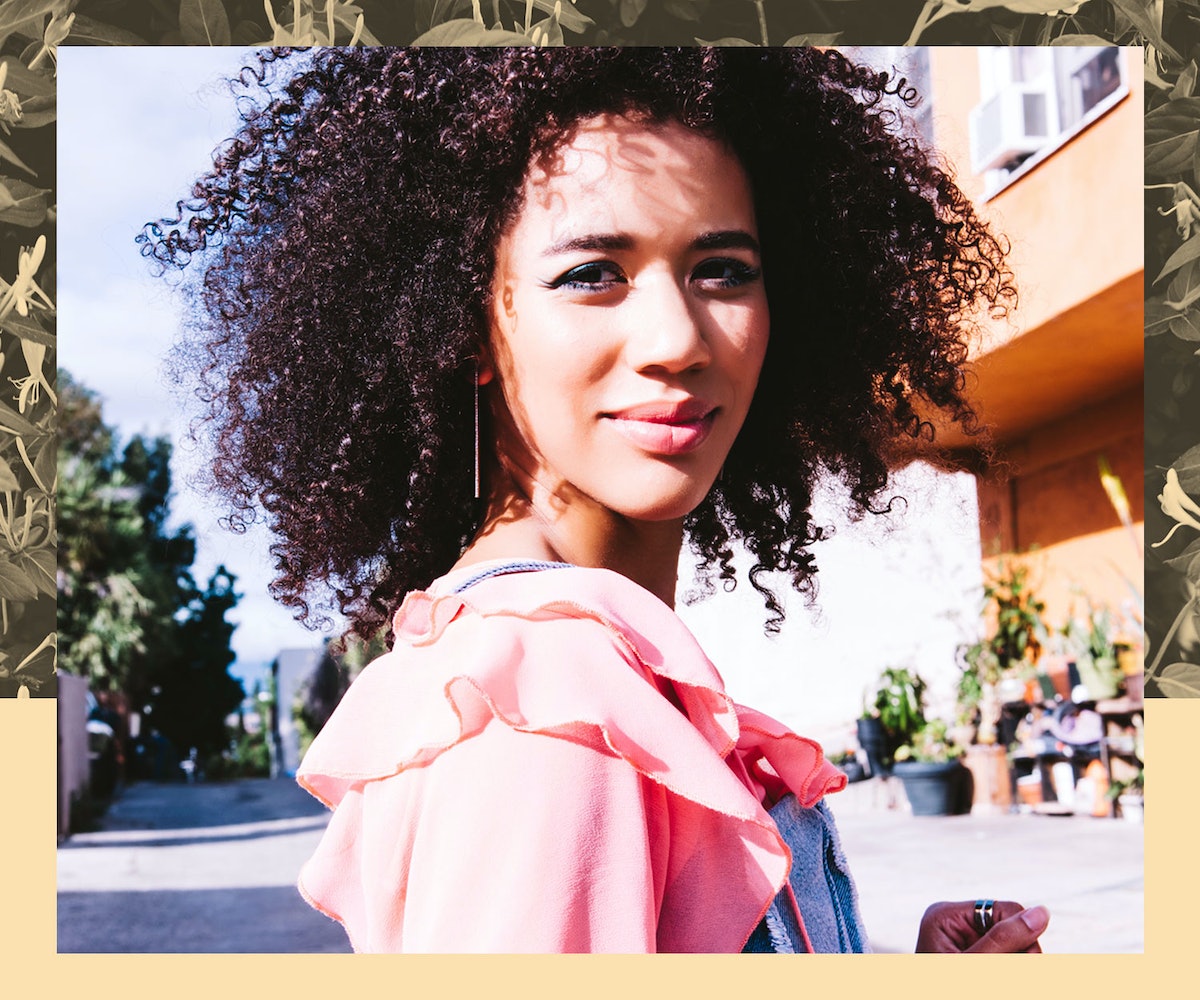 HBO’s ambitious drama The Leftovers is about a disappearance. More specifically, it’s a show about the disappearance of 2 percent of the world’s population—an event known as the Sudden Departure—and how those left behind on earth are reshaped by the unexplained phenomenon. But in the show’s terrific second season, a different disappearance hangs over the show’s characters, and although it was on a much smaller scale, its consequences are no less profound.

At the center of that disappearance is Evie Murphy, a teenage girl who, along with two friends, seemed to vanish without a trace. The question of “What happened to Evie?” haunts the characters throughout the entire season, and in the process became one of the biggest mysteries on television that year. And for Jasmin Savoy Brown, the young actress who was cast as Evie, the entire experience felt surreal. Brown, who moved from Portland, Oregon, to Los Angeles to pursue acting, was kept in the dark by the show’s writers and producers as to her character’s whereabouts. It was only when she read the script for the second to last episode of the season that she learned of Evie’s shocking fate. “I was sitting in my apartment reading the script, and I freaked out and screamed and threw it,” she remembers.

Several weeks ago, The Leftovers began its third and final season, and once again in the season premiere, Evie is involved in another plot twist that only begs more questions and that Brown had no information about when we spoke on the phone with her last week. The 23-year-old actress has already lined up her post-Leftovers gig, on the TNT drama Will, a rock 'n' roll reimagining of the Shakespeare myth. Below, we speak to Brown about first-day jitters, how she landed on one of television's greatest dramas, and shooting the new season in Australia.

Brown wears on left: dress by  Delfi, outer denim dress by Phlemuns, Jewelry by Eeriness. On right: top by Amur, skirt by Delfi, jewelry by Eriness, Shoes by Huma Blanco.

Was it at all frustrating to get cast on The Leftovers, only to have your character disappear for most of the season?

I was really stoked because that was my first big job. I was happy to even have that big first episode, but then I just had really bad FOMO. I just became so close with everyone that I was so stressed to leave. I was like, "I'm going to miss out on all this fun." That was the worst part about it.

What was it like for you the next morning after the twist was revealed?

It was a kind of an out-of-body experience. It's hard for me to really comprehend that I was a part of it. It kind of felt like I was watching it all play out from an outside perspective. It wasn't really registering because it was still awesome and new.

What was it like shooting on the other side of the world in Australia?

It was easy. I love traveling, and I've been quite a nomad since I was a kid. I never really had separation anxiety or missed home or anything like that. My girlfriend went with me, and we explored Australia, and it was an absolute blast. It was really the summer of my life.

[SPOILERS INVOLVING EVIE’S FATE BEGIN HERE] Are you able to say why your character ended up joining the Guilty Remnant? Do you have your own theory?

Everyone has their own opinion. My opinion is that it simply comes down to the fact that she's a teenager. I feel like on the surface, she presents herself as light and fun, but that’s to cover up the deep well of emotion and anger and everything else hidden underneath. She felt that Meg [the leader of the GR] understood her, that they had a connection, and no one else took her seriously on that level. Meg did, so she was vulnerable and followed her. [SPOILERS END]

What is it like on your first day on set? Were there nerves?

It was insane and surreal until I got to set and everyone was so lovely. I remember my first day on set, I went for a makeup test. Ann Dowd and Carrie Coons both happened to be coming out of their trailers and came up to me and just gave me the biggest hug and were so kind, and Ann was calling me sweetheart and squeezing my cheeks and asking about my life. They were acting like moms. It just made me feel completely at home and comfortable and took away any sort of fear or stress about the process.

Now that critics have finally recognized The Leftovers as being one of the best dramas on TV, is it frustrating to you that more people don’t watch it?

It's definitely satisfying [that it's been praised], but it's also kind of not unbelievable because I think it's brilliant, but I guess because it's such a secret and I'm so involved with it that it's hard to believe. Not a lot of people know about it or are talking about it. It's a really interesting thing. I feel like maybe in five or 10 years people will go back and be like, "Oh, what was this show?" I actually think it doesn't matter. Of course, I would love if everyone in the world saw it, but at the end of the day, I don't think it matters because the people who have been touched by it, have been so profoundly touched by it.

Do you think The Leftovers could have gone on beyond this season or does the story come to its natural conclusion?

It does. I love the ending. I don't think it could have gone on. I think it could have in the sense that the writers are brilliant and could have made it work, but the way it ends is so perfect for the soul, and it ends on such a high note in terms of storytelling. If they kept going, it would become a little bit narcissistic.

Brown wears on left: anorak by Bassike, earrings by Eeriness. On right: jacket by Greta Constantine and sunglasses by Karen Walker.

Will the audience shed tears in the series finale?

Yes, 100 percent. There'll be crying the entire episode. Just reading it, I was bawling my eyes out. It's beautiful.

Where were you at your career right before you were auditioning for The Leftovers and then how did getting cast change the trajectory of your career?

It was the best and worst time, meaning it was the worst time but I was making the best of it. My best friend had just moved to Los Angeles and had become my roommate, and I lied to her and said I had money even though I didn't. I was working a graveyard shift at a restaurant, I would be in class every day, and then do a play at night. I was getting no sleep, I was tired from auditioning all the time and just exhausted. But happy. I was happy because I can thrive in situations that are very dramatic and painstaking. I'll be like, "I'm doing this for my art and I'm tired, but it'll be worth it." The audition came around and I never in my life had such an emotional immediate reaction to a text. I can't even explain it. I just read the script, and I broke down crying, and my spirit felt alive. I was like, "Even if I don't get a callback, I'm just happy that I got to read this thing."

Who do you play on Will?

I play Aemilia Bassano who was Shakespeare's muse. She was the dark lady of his famous sonnet, and she was the first female English poet to publish under her own name instead of using a man's name. She was a feminist of her time and a musician. She paved the way for other female artists. Depending on who you ask, some people think that she actually wrote Shakespeare’s plays.

Does acting in a different period affect your performance?

Yeah, it's challenging because obviously, it's a different accent. That's a lot of training, learning, and coaching. But also the way they moved and existed was just a lot more formal. It was a lot of mental energy and physical work figuring out how to exist truthfully in that time, but not let it constrict me, to not get stiff because I'm trying to be formal, to still be free and in my body without looking like a modern 20-something.