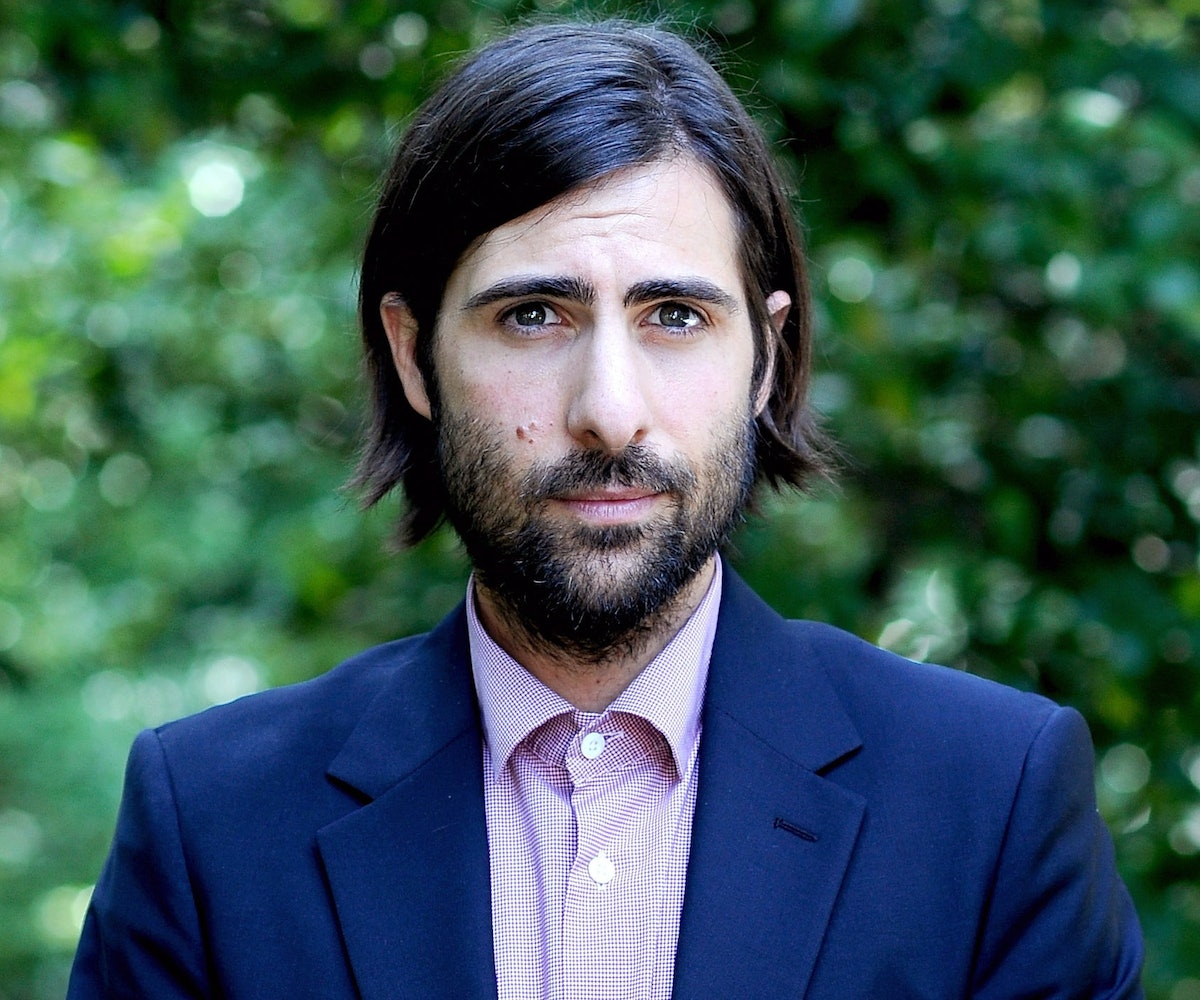 While Jason Schwartzman might be best known for his appearances in Wes Anderson films, indie flicks like The Overnight, and his greatly missed HBO comedy, Bored to Death, he found himself in the audience at last Sunday's Golden Globes in a new role, as producer and director. Schwartzman was there repping his Amazon show, Mozart in the Jungle, which won for best comedy, and also got a surprise award for Gael Garcia Bernal's lead performance. Now in its second season, Mozart in the Jungle—which also stars Lola Kirke—is set in the unexplored world of classical music, and the musicians whose professional and personal rivalries it revolves around. Although Schwartzman shows up as a very eager classical music podcaster named Bradford Sharpe, his influence is mostly behind the scenes, something he's still getting used to. We spoke to Schwartzman about directing for the first time, creating the show, and learning about classical music.

Congrats on the Golden Globe nomination! Where were you when you found out?

I was checking my daughter’s temperature—she had quite a crazy fever a few days before, so I was up checking her. When I found out that we got the Golden Globe nomination I got a bunch of emails. I don’t sleep with my phone on, so I turned it on just to check something, and then we got all these congratulations. Then, all the sudden, like it was out of a movie, the thermometer was like “tick tick tick” and my daughter had no fever. So we got great news on the fever front, and great news on the show front in a matter of seconds.

I read that you got the idea for the show after reading a review of Blair Tindall’s book of the same name. What was it about the story that made you want to make it into a TV show?

The thing is, I still can’t believe that I’m a producer of a show. It’s very new. But that book came out years ago [in 2005], so I really didn’t think I could be a producer then. I’ve spent a lot of time listening to rock and roll music and reading about rock and roll. Certain areas of music have just eluded me, not because I don’t like them, but because they’re overwhelming. Musically speaking, jazz music is overwhelming to me because there are so many different configurations for who’s playing with who, and classical music is kind of hard to get into—not musically speaking, because it’s beautiful—but it’s always been, to me, so fancy. I don’t know any other way to say it. When I read this review of Blair’s book, I was like, “Hey, this is amazing! This is kind of like what happens in rock music and kind of like what happens in Hollywood and probably not that different than what happens everywhere.” There’s romance, there’s people messing up, there’s backstabbing, there’s politicking. I thought of classical as being this super pure thing, and just reading that it wasn’t, it really came alive to me.

So then how do you go about getting this show made?

It seemed like you could have a show about music but it also didn’t have to be about music. It could be about many things. Hopefully if you have interesting enough characters, you could have episodes without music. The tentacles were quite far-reaching. I didn’t think I could be a producer, so I would just tell people, “You know what would be a cool show? If they did one about classical music.” For about eight years I was saying that. And then Roman [Coppola], my cousin, said, “You keep telling people about this classical music show. Why don’t you just do it?” And I thought, “Well I can’t do that, because how would you make a show?” And he said, “We could try to figure it out together and we could produce it and get a writer. We have representatives and agents—they’ve done this before.”

This show was your first project as a producer, and in the second season you’re also making your directorial debut. What was that like?

Essentially, I was trying so hard not to be the weak link in the chain. Each episode has to pass onto the next one story-wise and scheduling-wise. If one director goes over schedule, it messes up the week for the next person, so that was a big thing for me. I also didn’t want it to be like, “Here’s this episode, here’s this episode, here’s this episode—woah. What happened with that episode?” I’ve never been in this position before to really truly sit down with actors and talk to them about what they’re doing and how they’d like to accomplish it. When you’re acting you definitely don’t really do that. When you’re producing, if you had a suggestion, you would run it by the director, and they would run and talk to the actors. This is my first time walking in between takes and talking them through it. It was definitely frightening. I knew this intellectually, but it’s amazing how each actor just works slightly differently enough that you have to stagger the way you give ideas or suggest things. So it’s kind of cool to go in and try to navigate those waters.

Would you consider directing again in the future?

Yeah, we’ll see! I never thought I would direct ever, but I think it’s important to, at least in my life, understand the difference. You know what, I’m going to give you an example. I found this pair of boots on Tom Waits in a picture once, and I was like, “I’ve got to get boots like that.” So for a year I was looking, and in the Rose Bowl flea market I found a pair that was almost exactly like them. I put them on, and I looked in the mirror, and I said to myself, “I’m not Tom Waits.” He can pull off the boots. So just because you want the boots doesn’t mean you should actually wear the boots. I’m trying to keep a distinction—I like to direct, but it’s got to be right. I’m so happy because this was right.

You’ve also worked with some incredible directors over your acting career. Did you pick up any advice from them?

Not directly, but I think that there’s all different kinds of things. I think working with Wes [Anderson], for instance, gave me a sense of—he really likes to be close to the actors. Wes loves to work on the set and he gets such a thrill out of it. It’s exciting when you’re the actor and the director’s not just sitting there, like doing something else. I think one thing I took from that is to just be near the actors, and to always be there if they need me. And then from Roman [Coppola], I took the total spirit of us being a family. I just love it. It’s this circus, and I love it.

If people haven’t dived into the show yet, why should they watch it?

I think there are many reasons. It’s really a show about a strange family who might be lonely a bit, because to be a classical musician at that level, in some way you sacrifice so much. It’s like being an Olympic athlete. From such a young age, you have to say, “I’m not going to go out, I’m not going to do that. I’m just going to work on this.” Because of that, there are these people with such a unique experience and only the people around them understand that. Our show hopes to capture that feeling. At the same time, there are different levels. If you’re a young person trying to make it, it’s so hard to get jobs right now, but here’s this one person who’s tried so hard to get something and she’s so close—but the closer you get to it, you realize that with it comes some compromise and some hard feelings and romantic feelings. What will you sacrifice to get the thing you’ve always dreamed of? And is it too late to say, “I know I devoted all this time to it but maybe I was wrong?” The closer she gets to it, the more she has to get burned—it’s like getting close to the sun. And also, I think the show is unique to other shows on TV. I like the sense of humor about it. It’s a little absurd and kind of like an old-timey movie. It’s not super vulgar, it looks beautiful, and hopefully it’s just going to get more and more fun.