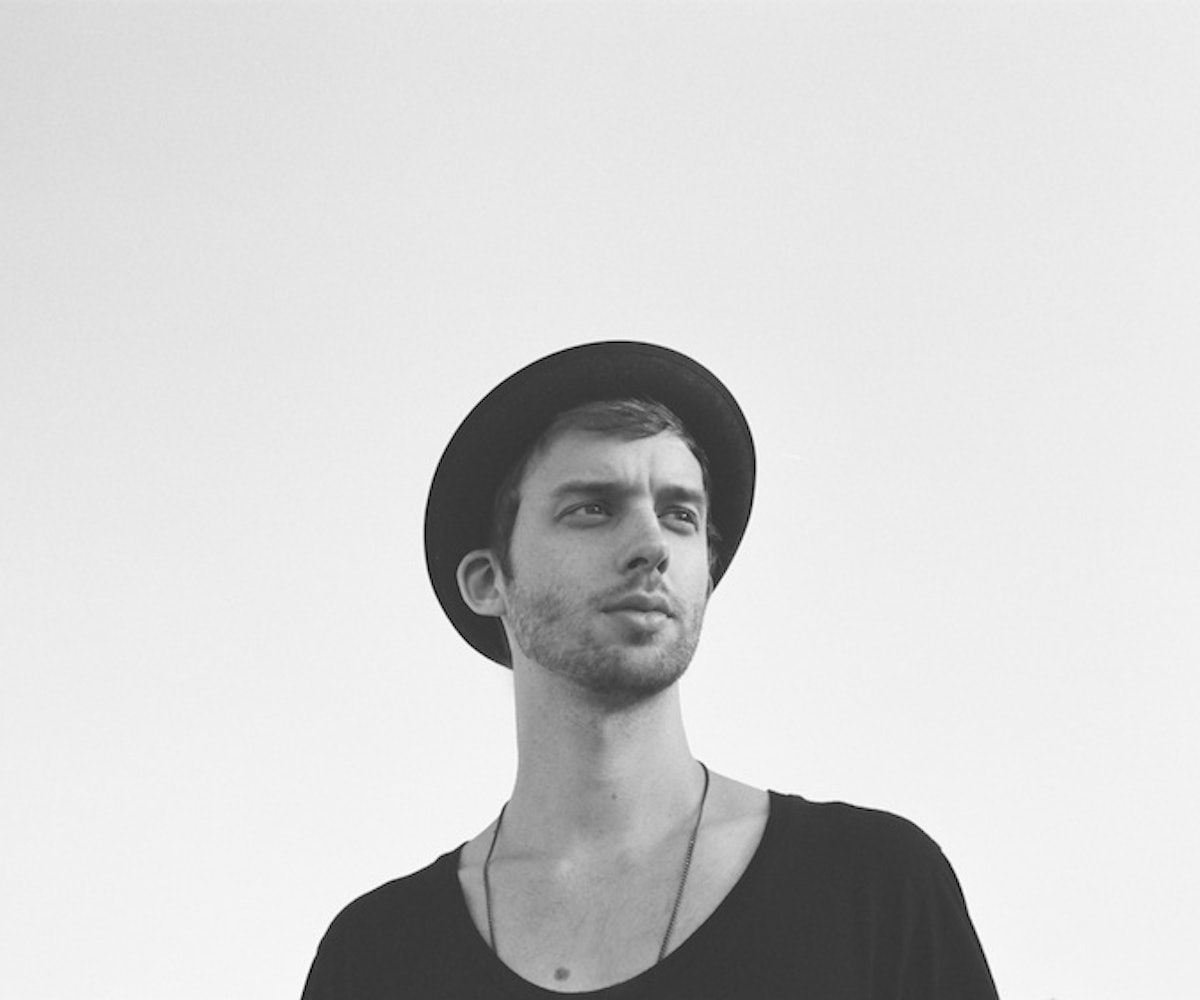 Jaymes Young first crossed our sonic consciousness back in the summer when he dropped his lush debut single "Dark Star" upon the world. While the track hasn't left our iTunes rotation since then (listen here if you haven't already!), if you ask us, the songs somehow become even better once the temperatures drop. Tracks like "Moon Dust" and "Fragments" combine R&B-inspired melodies with silky-smooth vocals for a heady combination that leaves you a little bit woozy-feeling afterward. Don't worry, though...it's a good thing.

As the California musician explains of his sound, "I want it to reach inside of people and bring out something that they didn't realize was there." Well, he succeeded. Young has mastered the art of crafting moody pop jams that are the musical equivalent of wrapping up in a cozy blanket with a strong Hot Toddy in hand. It's sentimental without being sad (sort of like if London Grammar hung out on the beach with Sir Sly), and we can't get enough. Luckily there's more where that came from, since he's worked his dark magic on Phaeleh's jam "Distraction."

Originally intrigued by "a lovely little string section that I heard repeating," Young's version isn't your average remix--it includes an original vocal that he wrote and sang himself. According to the musician, "it was the first remix-style song I had finished that I was happy with." It definitely won't be his last, either. He says he dreams of working with artists like Lucy Rose, Daughter, or John Mayer, so stay tuned for more Jaymes Young. After all, it's going to a long winter...and you'll need an awesome soundtrack.

NEXT UP
Entertainment
Meet Amy Allen, The Grammy-Nominated Songwriter Behind Pop's Most Honest Hits
Entertainment
Harry Styles Is Performing At The 2023 Grammys
Entertainment
Annie DiRusso Makes Indie Rock For Your Growing Pains
Entertainment
Muni Long On The Grammys, Burnout & Not Worrying About The Labels
Style + Culture, delivered straight to your inbox.