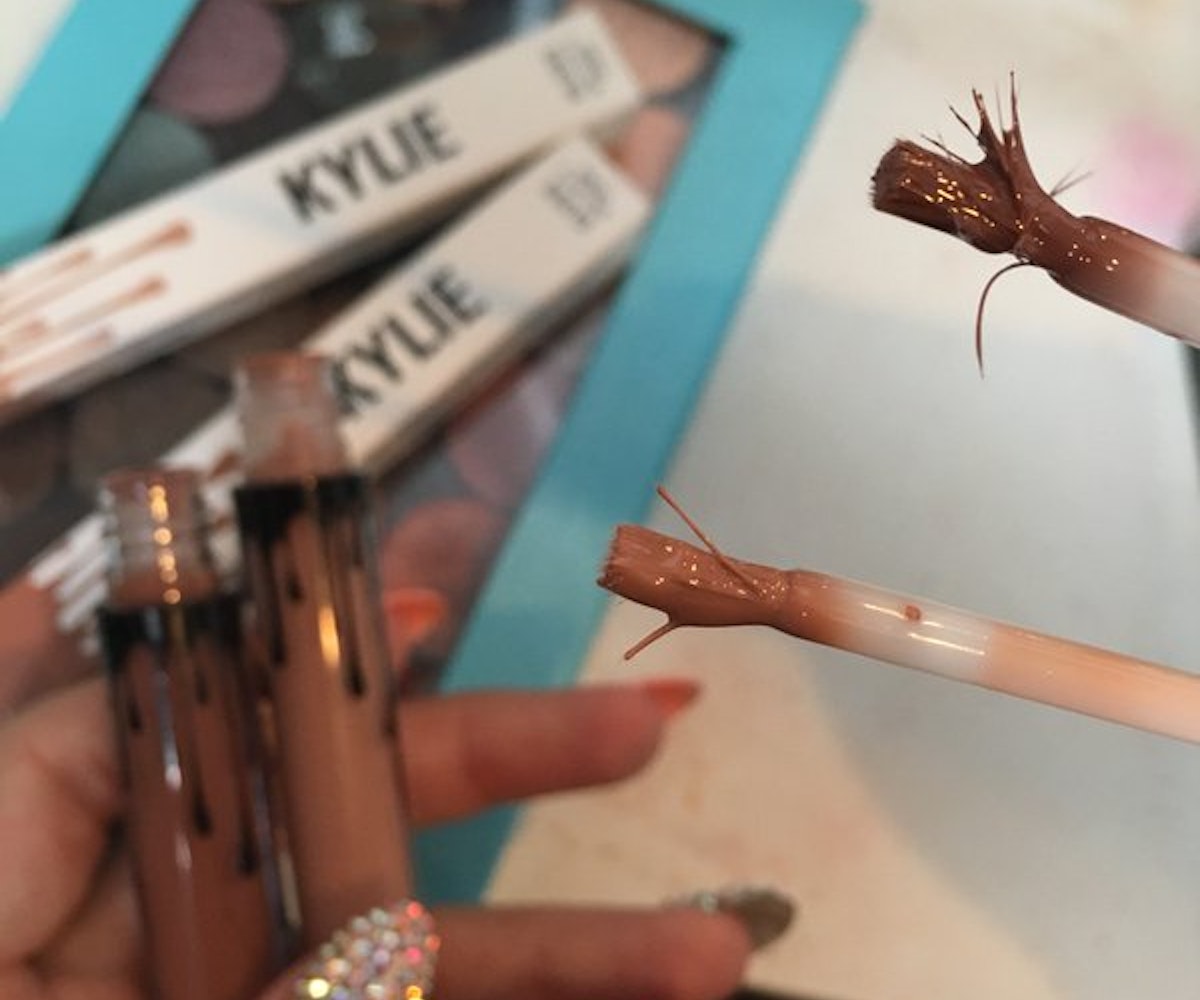 We pretty much live and die by Jeffree Star's makeup tutorials, product recommendations, and his general air of IDGAF. And, true to his no-holds-barred style, Jeffree was not quiet when he opened up several of Kylie Jenner's new lip glosses and found the product to be subpar.

In a hilarious and biting review of the lip glosses posted in full on Oh No They Didn't, Star posted several pictures of mangled applicators, sticking out like the hair on Angelica's beloved Cynthia doll on Rugrats. He goes on to rage against the lack of quality control and asks "So the first customers were just guinea pigs? How is that fair for a consumer to get something shitty and then the next launch its fixed? The average customer gets ignored with these huge companies. My timeline is full of horror stories about the lip glosses."

All excellent questions that point to how just because a celebrity's name is on a product doesn't mean that product is very good. Star also points out that while Kylie has started to address the issue and said that "the next wand will be better," that doesn't help the customer who is stuck with what they have. With no disrespect to Kylie, who has previously launched some pretty baller products, she's not the one actually manufacturing the lip glosses. However, with her name and money behind it—not to mention hordes of fans—it's important for her own brand to take the issue seriously and ensure the quality issues are addressed.

Check out some of the best bits of Star's product review below and let us know, have you had any issues with Kylie's lip glosses?

Update: Kylie Cosmetics has responded with this series of tweets.