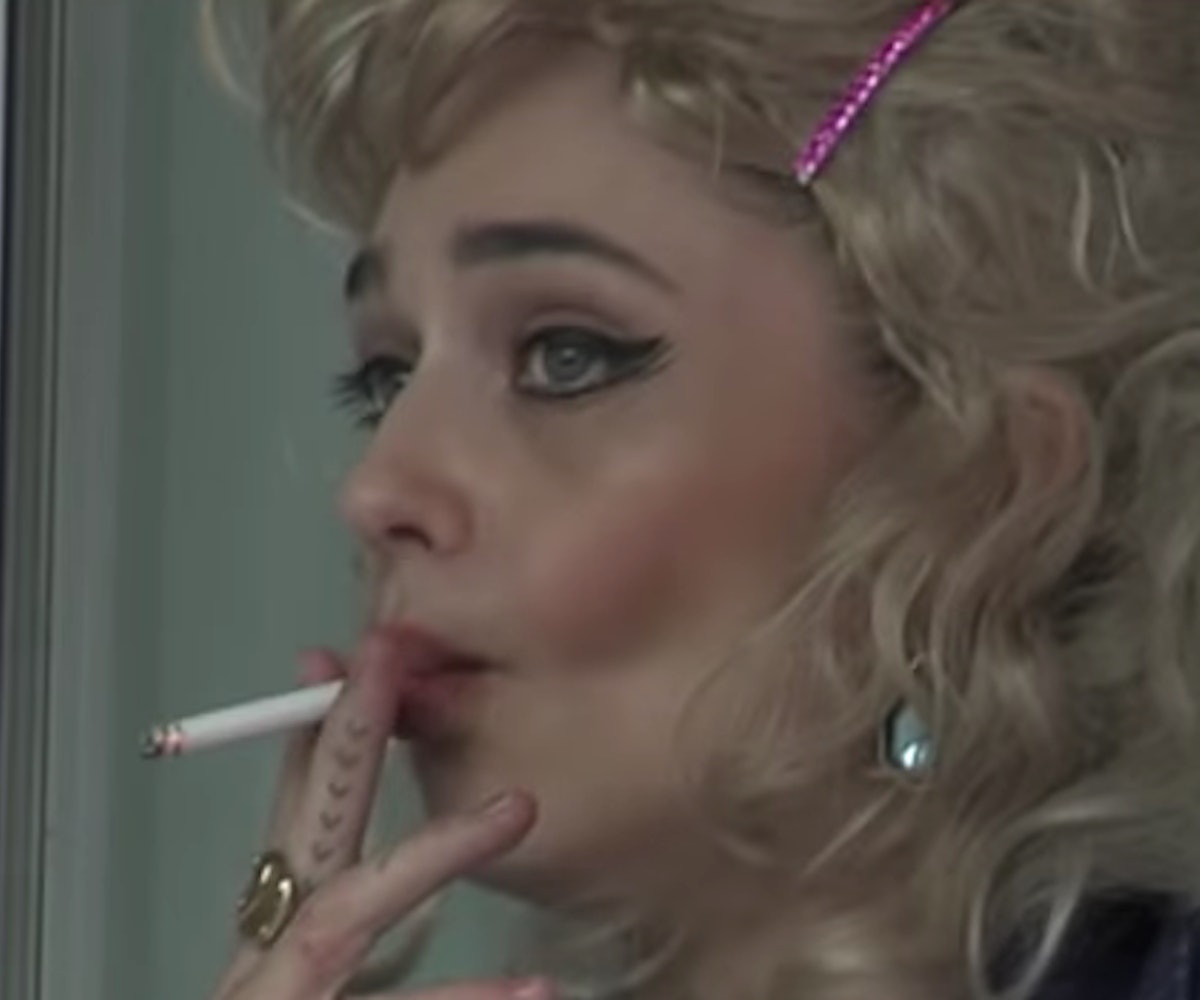 Jemima Kirke directed and starred in Alex Cameron's new visual for his track "Studmuffin96," and, let's just say, it's quite the viewing experience.

The second video collaboration between Cameron and the Girls actor, "Studmuffin96" is a grainy peek into the sleazetastic world of the recently reunited Jay and Pepsi-Jane. Donning a sky-high beehive and dangling a lollipop from her cherry-stained lips, Kirke lackadaisically struts around an old laundromat, attending to the aging machines before a dazed and bloody Cameron stumbles in. Things quickly move to a seedy motel room, where she whips out a couple of sex toys and Cameron passes out on the toilet.