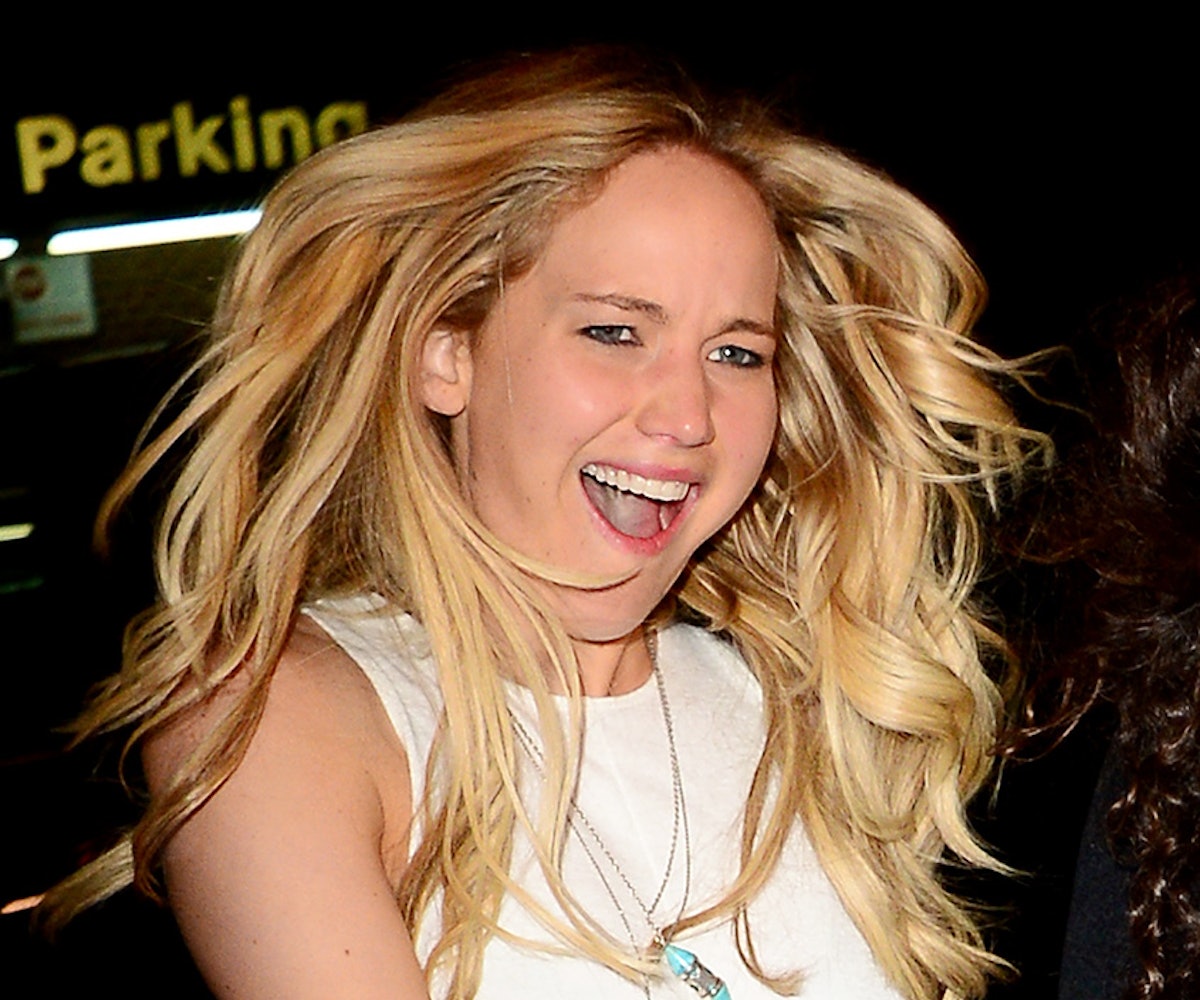 So, Jennifer Lawrence walks out of a restaurant…

Oh, is that not how the joke goes? Forgive us. There isn’t a joke that begins with Jennifer Lawrence, star of The Hunger Games, exiting a restaurant? Yikes. We could’ve sworn there would’ve been one by now because Jennifer Lawrence is all about a good joke, and this here photo would make for a great standup bit.

Anyway, yes, here is a photo of the IRL Katniss leaving a fancy restaurant in New York City called Nobu. It looked like she had a good time, no? We don’t blame her for stealing those chopsticks. That eating establishment is pretty expensive. Just think what a nice story she’ll have one day when said sticks undoubtedly come out during a girls' night in featuring takeout. “Ladies,” Lawrence will say cracking open another Sapporo, “these chopsticks are stolen. Can you believe what a klepto I am?” Lawrence will laugh.

Her friends will then pose the age-old Millennial question and yell, “Pics or it didn’t happen!” Luckily for Lawrence, she’ll have the photos to prove it.