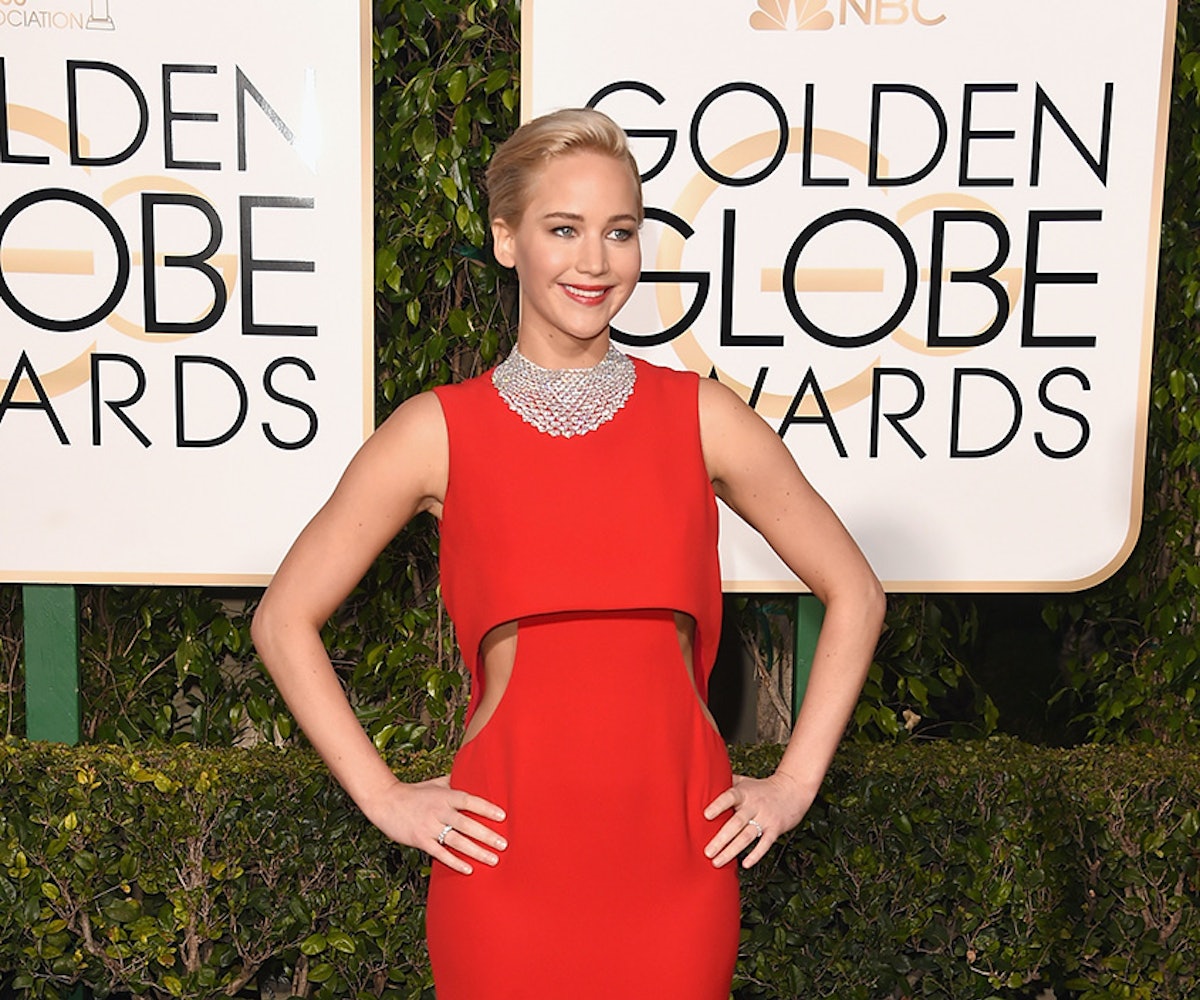 With the opportunity to go to awards shows several times a year, actresses get the chance to show off and develop their red carpet style, typically with the help of a stylist. And while a lot of thought, preparation, and branding goes into selecting a red carpet look, sometimes there is a higher force that calls for a wardrobe change. For Jennifer Lawrence, her period was the dictating decision maker of her Golden Globes dress this year, as she revealed to Harper’s Bazaar.

The elegant red Dior column gown she donned for the 73rd Golden Globe awards was actually her Plan B. "Plan A was a dress that I couldn't wear because awards season is synced with my menstrual cycle, and it has been for years," she told the magazine. So instead, she chose a different dress because of its more comfortable fit. “It was loose at the front. And I didn't have to worry about sucking anything in. The other dress was really tight, and I'm not going to suck in my uterus. I don't have to do that." Just a few days ago Lawrence also called for a new "normal" body type in Hollywood, saying we've gotten too used to underweight as normal.

Leave it to Jennifer Lawrence to rock Dior while battling the cramps and bloating that always arrive that time of the month. Not everyone has the luxury of exclusively wearing sweatpants when their period arrives, and sometimes you just have to push through it. Celebs—they’re just like us.