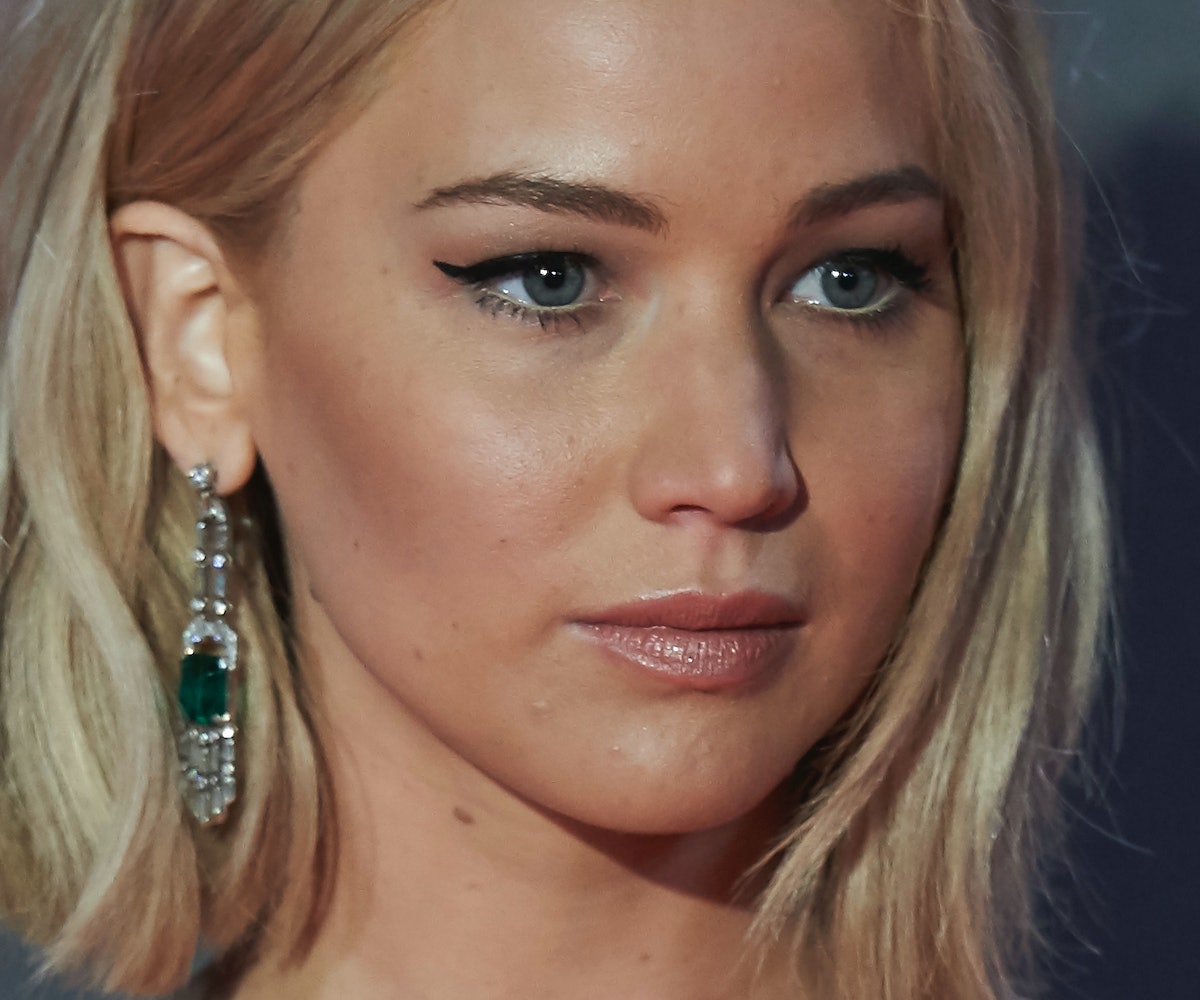 Jennifer Lawrence is lonely. It may be hard to believe considering she's a hilarious badass with a crew of famous friends, but the Hunger Games actress shared with Vogue in an interview for its December 2015 issue that she's "lonely every Saturday night" and "guys are mean to her." She also just wants to take her bra off and eat pizza. (Don't we all.)

Now that the story with her confession has hit the Internet, Lawrence is going to have to order a lot of pizza. Regular guys have begun trying to slide into @JLDaily's DMs by bombarding the Twitter account with date invites. Unfortunately for these guys (and fortunately for Dominos delivery guys in her neighborhood), Lawrence doesn't have Twitter and they've been tweeting a fan account, which politely turned down the suitors by informing them that it had no affiliation with the actress.

Read below select proposals Lawrence could have picked from, if she was a tweeter, and the fan account's gentle decline.