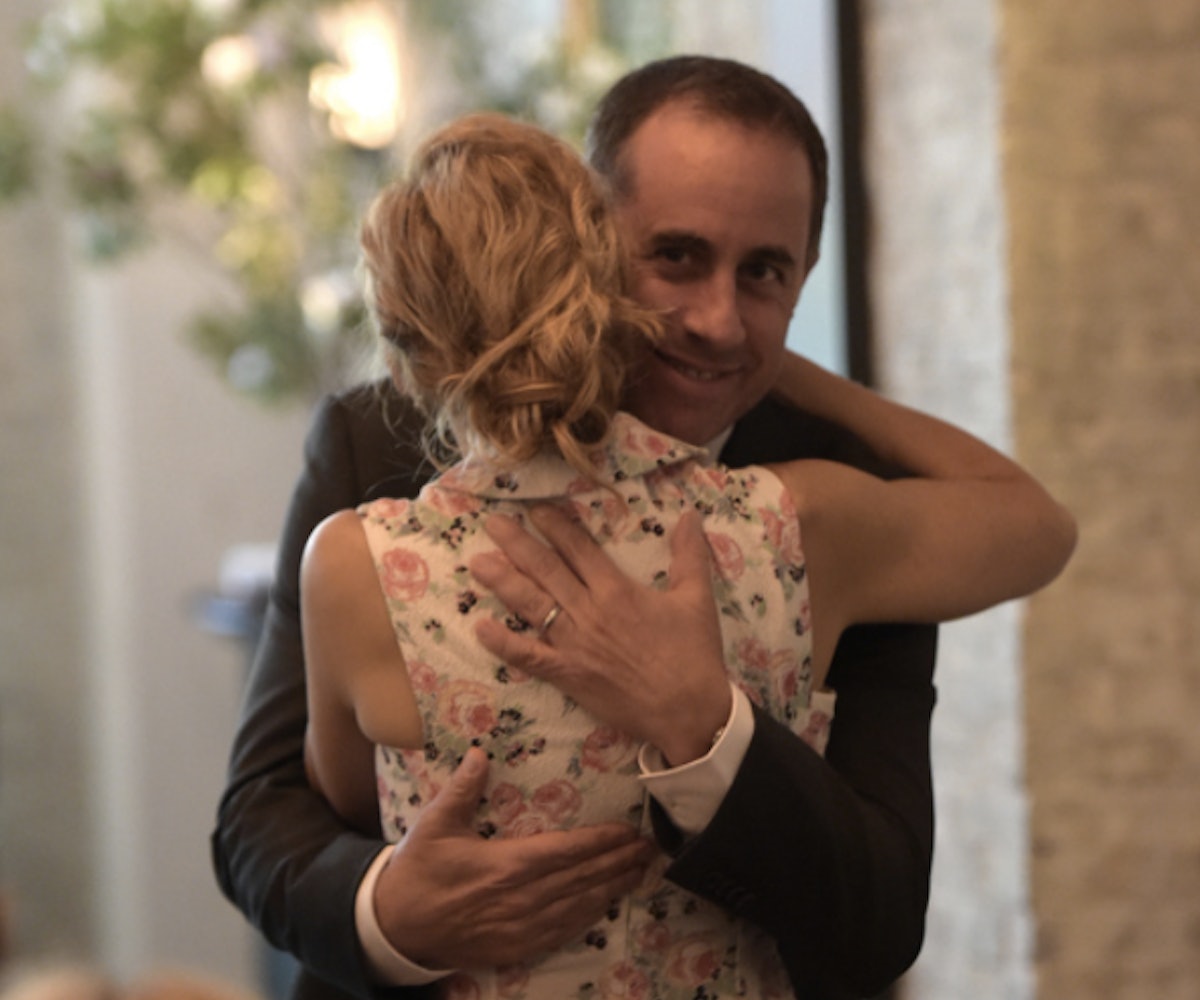 Jerry Seinfeld tried to smooth over an international incident yesterday when he explained why he didn’t hug Kesha. In the clip that quickly went viral on Wednesday, the comedian is shown being approached by the pop star on a red carpet while giving an interview. She asks him for a hug, and he refuses. Several times. It was awkward.

Seinfeld tried to put an end to the speculation of why he deemed Kesha so un-hug-worthy by explaining to Extra that he simply does not hug strangers. “I’m 63. I don’t know every pop star, I don’t know everyone,” he told the show. Seinfeld also said that he found Kesha’s request to be a “little off,” and added that, “When you get to be my age, and you’ve done a couple things, you have your own reality. In my reality, I don’t hug a total stranger. I have to meet someone, say hello. I have to start somewhere.”

Nothing is more Seinfeldian than debating when it is and isn’t okay to hug someone. In fact, in an episode of Seinfeld called “The Kiss Hello,” Jerry becomes ostracized in his apartment building after he refuses to greet residents with a kiss. But lest you think Seinfeld is attempting to smooth things over, we’re pretty sure his most recent post on Instagram is a direct troll of Kesha. It’s very childish and thus very Seinfeld.