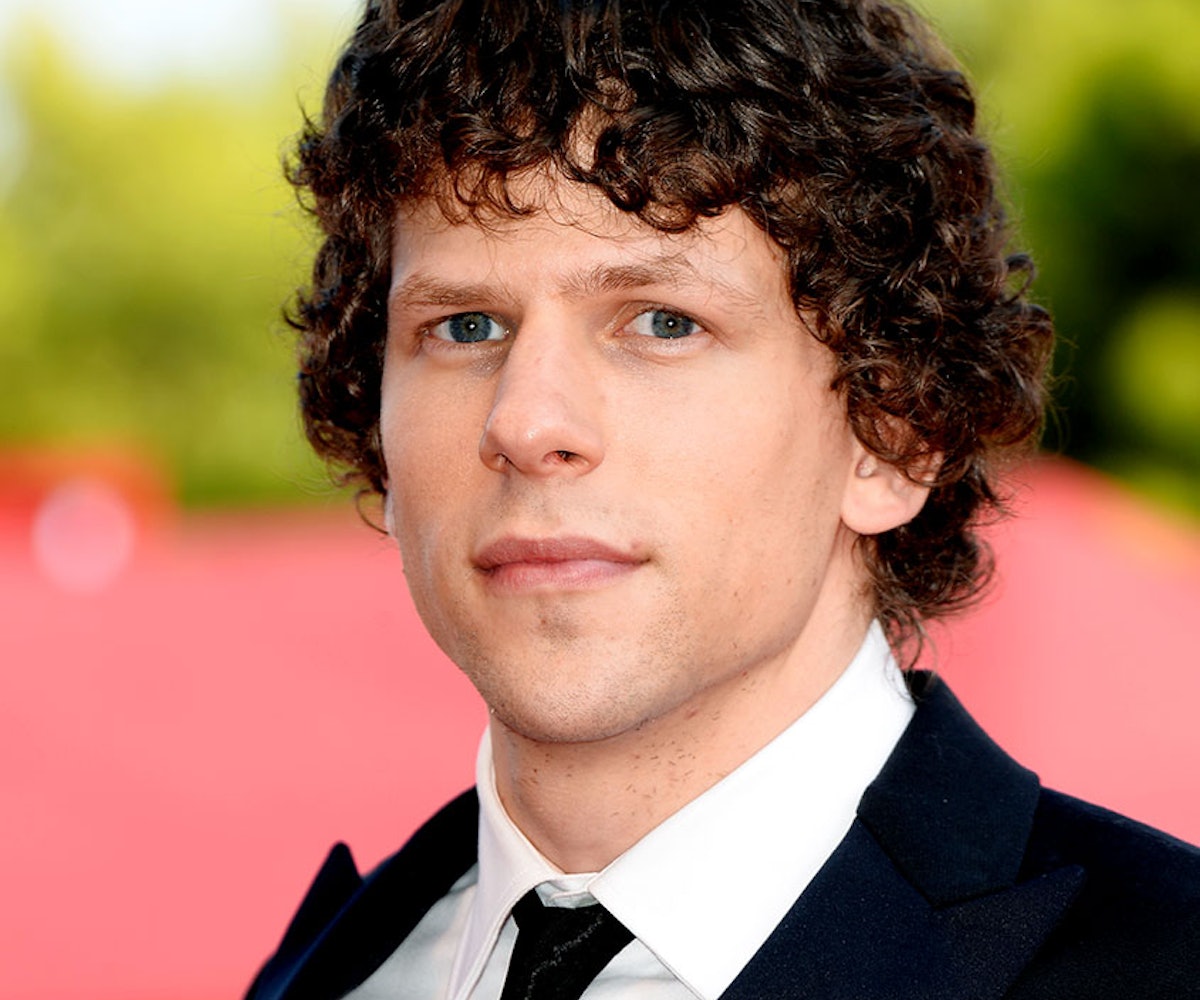 From playing Mark Zuckerberg in The Social Network to Columbus in the horror-comedy Zombieland, Jesse Eisenberg’s resume can seem a bit disjointed. Look closer, and the 31-year-old’s credits point to a curious actor searching out diverse roles—one who to some degree is always playing himself, but who is also always good. Next year finds Eisenberg again in foreign waters, this time without his signature curly mop, playing Superman’s nemesis Lex Luthor in the highly anticipated Batman v. Superman: Dawn of Justice. Before he does that, however, audiences will see him as they often do, playing an intellectual in the toney art house movie, End of the Tour. In it, Eisenberg plays journalist David Lipsky of Rolling Stone magazine who spends four days on the road with celebrated novelist David Foster Wallace after the publication of his 1996 masterpiece, Infinite Jest.

Here, Eisenberg talks about the relationship between journalists and their subjects, his own writing, the outrage over his comments comparing Comic-Con to genocide, and the deep philosophical conflict confronting Lex Luthor.

I know you met with David Lipsky while preparing for the role.

The first thing I asked him was how he interviewed people, and he taught me not only the kind of practical aspects of being a journalist, but how to get the answer you want to get when the subject is being a little bit resistant. I adjusted my behavior in relation to Jason Ponsoldt [the film’s director], because that’s what a good journalist would do. You play the foil in order to get the story. Also, I noticed David seems to laugh. I don’t, whether it’s an uncomfortable laugh, or a tick, or he finds things frequently funny. That seems like a good way into thinking about this guy, a guy who’s laughing a lot and tries to create an environment that feels friendly and tries to ingratiate himself to Wallace.

Do you view journalists differently after making this movie?

I already had a kind of sympathy for their plight, as it conflicts with mine. I’m trying to protect myself, and they’re trying to present something new. I tend to not have such an affection for experiences where I feel like I’m being kind of antagonized, where I’m going to be portrayed in what I feel is an inaccurate or unflattering light. I’ve been in that situation and I have sympathy for that.

There’s already Oscar buzz on the movie. Do you pay any attention to that?

Having been through it once, it’s just distracting and just exhausting. The only thing you want is for the movies to be well received and for it to make the money for its investors back so you can keep acting.

What about these remarks about Comic-Con that caused an outrage—you likened it to genocide.

I’m a sensitive person and Comic-Con is very exciting. It was very overwhelming and I’d never seen a kind of response to a movie like that before—it’s like a sensory overload. If you are not overloaded by that experience, you must have grown up in…I don’t know what the equivalent experience would be. People were shouting my name. The initial human instinct response is terror. In retrospect, it’s great that they are excited about the movie. But at the time, it was overwhelming.

You won’t have to go next year because Batman v. Superman will already be out. Or are you contracted into sequels?

I would love to because I love that role. It’s such a fun character.

How does your take on Lex Luthor square against past incarnations?

He’s an unusual guy. There’s charm and eccentricity, and at his core has a very emotional inner life. It’s really wonderful the way Chris Terrio wrote this character. He’s so talented at capturing all of these conflicting elements. Luthor is always real—he’s dealing with a potent philosophical crisis. It’s cleverly drawn. I shouldn’t say anything more because I think, as I’m become increasingly aware, everything is parsed, usually inaccurately, not by you, but by someone who would read it. I probably shouldn’t say more, but my character is dealing with a real philosophical crisis. It’s cleverly presented by this writer, Chris Terrio, who is really, really clever, and by Zack Snyder, who’s directing it.