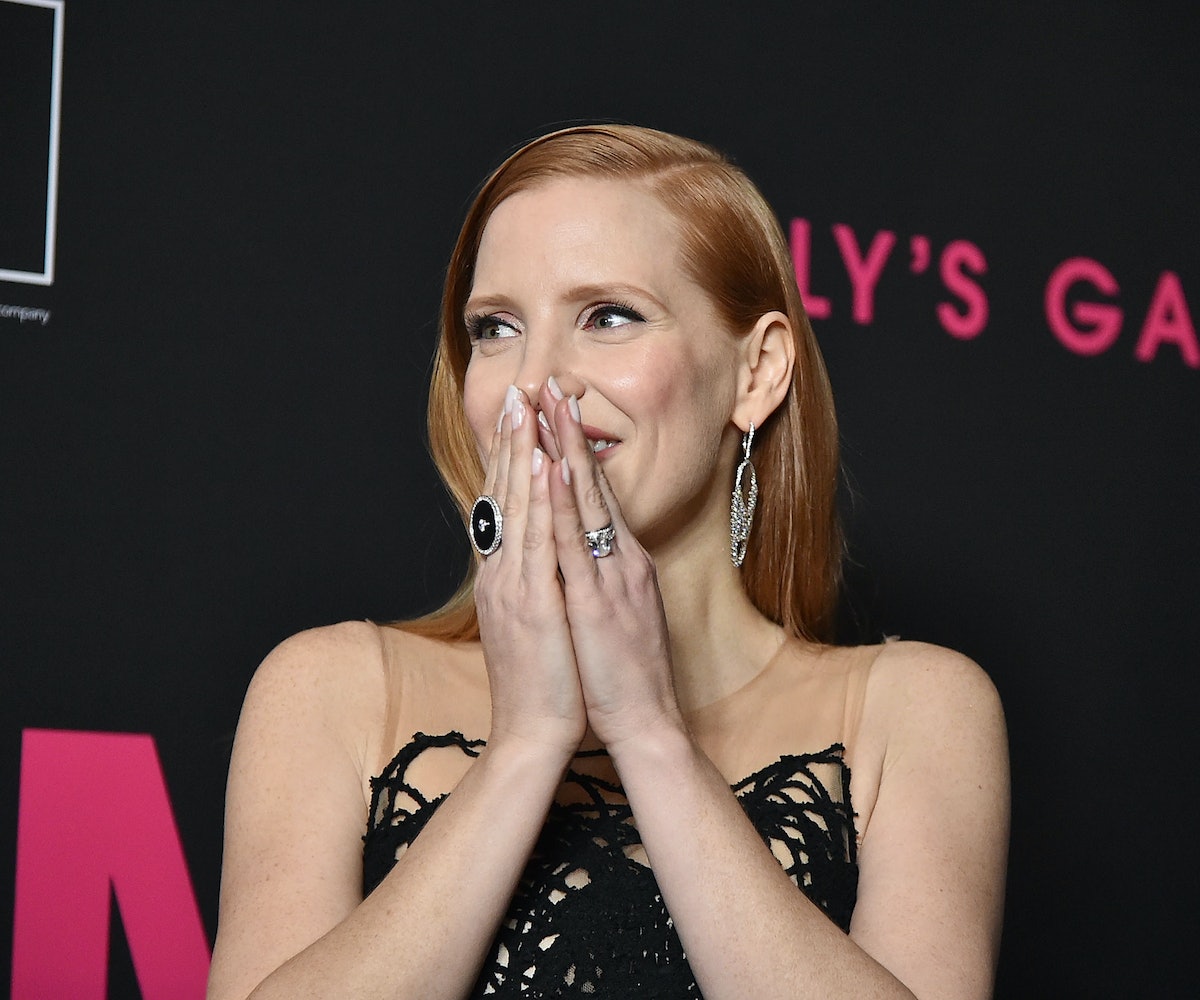 The Los Angeles Times released its latest entertainment cover story this week, and it's a big one, featuring some of Hollywood's most prominent actresses, all talking about the importance of speaking their minds within an historically sexist industry. The headline under the cover photo declares a "Shift in Focus," a seeming reminder that it's time to turn away from the biases and prejudices of the past, and look toward a new, more inclusive future. The only problem? All six of the women featured on the cover and within the article are white. Some shift!

The cover features actresses Saoirse Ronan, Diane Kruger, Annette Bening, Kate Winslet, Margot Robbie, and Jessica Chastain, many of whom have been vocal, particularly in the wake of the Harvey Weinstein revelations, about the problems of sexism in Hollywood. It is, then, all the more dismaying that none of these women saw a problem with being part of a cover shoot in which not a single woman of color was represented. This is, in one photo, the precise problem with white feminism; it is focused only on the plights of white women; once they achieve equality for themselves, they shut the door closed behind them.

This cover has been rightly dragged on Twitter, with writer and editor Rebecca Carroll calling out Jessica Chastain in particular, and noting that highlighting a group of all white women don't represent a "shift in focus," but rather the same focus there has always been: on white women, particularly those who benefit from the privileges of wealth and beauty. Chastain has not responded to Carroll's question, but it is a valid one for all these women, who participated in a roundtable discussion for this article, and posed together for this picture. How did they not speak up about the fact that there were no women of color included in their group? Why would they not question the absence of vital Hollywood voices like Viola Davis, Constance Wu, or Lupita Nyong'o?

The sad answer might just be that these actresses didn't notice the lack of women of color. That is the kind of blindness, the type of sleep-walking, that can happen when you are a direct beneficiary of an unjust system like the white supremacist patriarchy. Sure, these women might see the problems that they personally have confronted; there's no doubt they've experienced some level of sexism within their industry. But that excuse is akin to Weinstein blaming his predatory behavior on having grown up in the '60s and '70s. This type of willful obtuseness is not an excuse anymore. It must be called out every step of the way, so that one day the focus will not simply shift away from white men and onto white women, but will rather expand to include everyone, all at once.