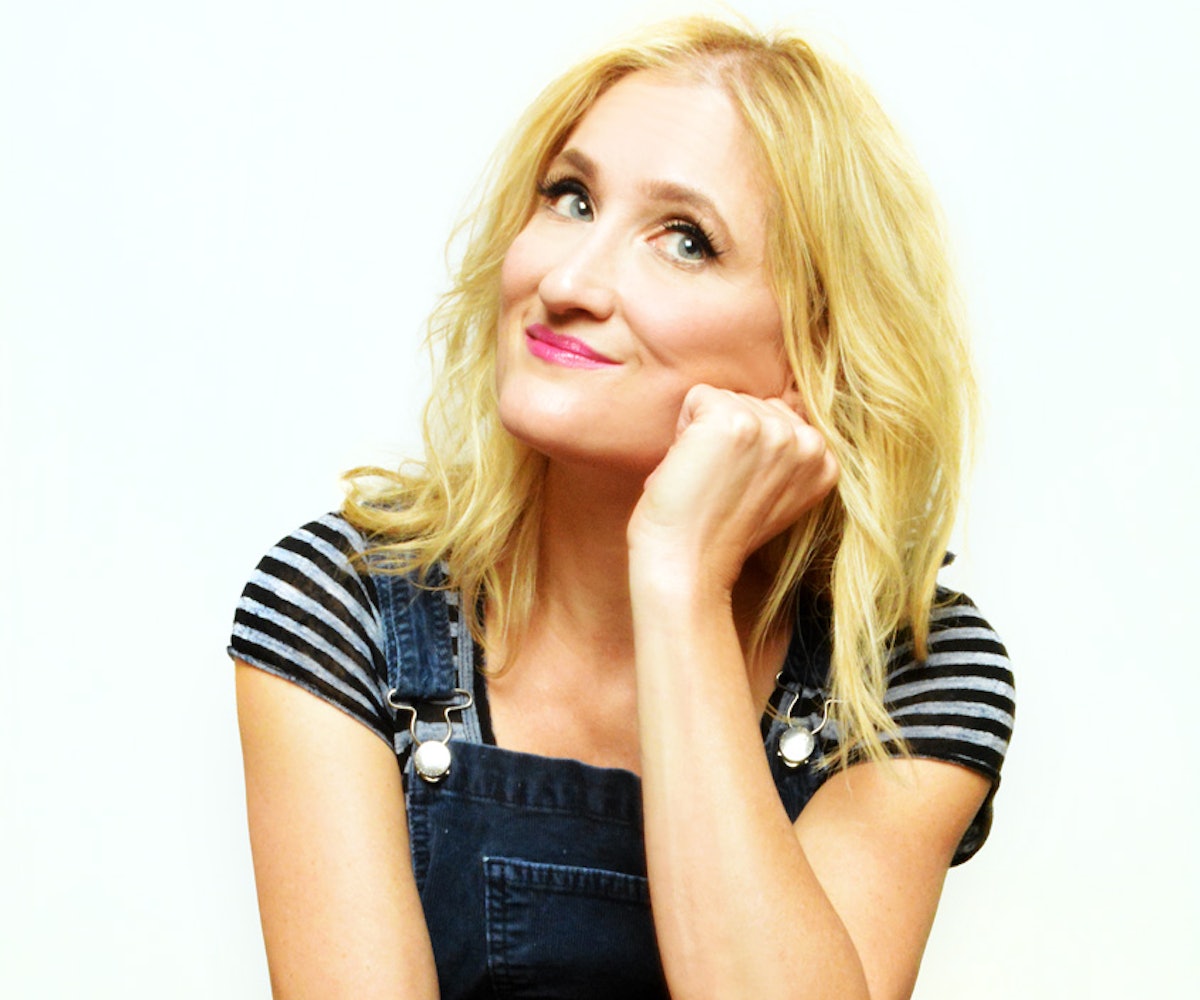 Twenty years ago, the expression "as if" hadn't gone mainstream, and virgins without licenses could live in peace. Then, Amy Heckerling's Clueless—which may very well be the seminal teenage film of the modern-era—was released, and thus a generation of fast talkers with dreams of digital closets was born. Along with the film came its ultra-'90s soundtrack, which was re-released in a yellow and black plaid vinyl earlier this week. Despite its impressive roster of musicians, which included Radiohead, Coolio, The Muffs, Counting Crows, and the Beastie Boys, perhaps the most influential song of the film was Jill Sobule's "Supermodel."

We sat down with Sobule to talk about the evolution of rock, feminism, and film. Because while a lot has changed over the past 20 years, it seems to all be coming back in our nostalgia-washed pop culture.

What do you think defined the ‘90s in terms of sound? What was being done then that’s not being done now?

There was shitty music in the ‘90s and there’s shitty music now, and there’s amazing music now and it's different I suppose. I wonder if a lot of people will ever hear a vocal again that is not completely perfect or auto-tuned. I was just listening to an old Roberta Flax song the other day and even where she goes flat, it’s absolutely gorgeous. There's great alternative and pure pop music, I just wonder that if sometimes it’s too glossy. I wonder if some of the rawness has been taken out. Music is more democratic on one hand because everyone can make it and everyone can have a YouTube channel. But as far as that kind of top-tier of pop that is only 0.001%, I think that’s more verified and harder to get into.

Did you specifically write "Supermodel" for Clueless?

Well, I didn’t write “Supermodel.” [Editor's note: David Baerwald, David Kitay, Brian MacLeod, and Kristen Vigard wrote the original version.] And I said, “Ok, the only way I’m gonna do it is if I can put some input into it.” So I thought, I’m going to add in the “I didn’t eat yesterday, I didn’t eat today, I didn’t eat tomorrow so I’m gonna be a supermodel” bridge to bring some social consciousness. In the ‘80s for three years I had an eating disorder. So it came to me and I had my three cents; my kind of sense of humor, but with a purpose.

The song plays such a crucial part in the film. It kind of feels like it’s the song of the movie. Did you work with Amy [Heckerling] on it?

I hadn’t seen the movie yet so I thought, “It’s gonna be some dumb teenage movie.” Especially after the label trivialized my song “I Kissed A Girl"—I wanted to have a real kiss; it wasn’t about… “Ohhhhh! You know, girls gone wild.” Like the Katy Perry one. [laughs] And then I saw the movie and thought it was freaking great. It was feminist and I thought this was gonna be good for the girls. I was surprised and hated myself for having a bad attitude at first.

"Supermodel" really speaks about the visceral teenage perception of being thin and cool, and it was at a time where heroin-chic played a pivotal role in pop culture. Do you think the themes and ideas are still relevant?

Well, it doesn’t change. I mean, I always think that Freud kind of had it wrong. That it wasn’t just those first few moments after birth or first few months of your life when you really become who you are. It really starts in seventh grade with all the hormone crap and the peer pressure. So all the themes in Clueless were well done and ageless. It was a pre-cursor, you know? Everyone thought it was funny. Then, a little while ago, I was watching it again and the whole joke of everyone not talking to each other and being on their phones instead—at the time, we just thought, “That’s funny,” but that is the norm now.

Have there been any teen movies since Clueless came out that you felt have captured the teenage spirit?

Mean Girls? I didn’t care—it was one of those movies you watch it on TV, and you kind of forget about. It didn’t hold my attention. Then of course there’s things like Thirteen. I think maybe TV has been better than movies for teenagers: Freaks and Geeks, Six Feet Under, and Big Love. They’re not kid stories, but they portray adolescents in a non-patronizing way. And they deal with actual problems.