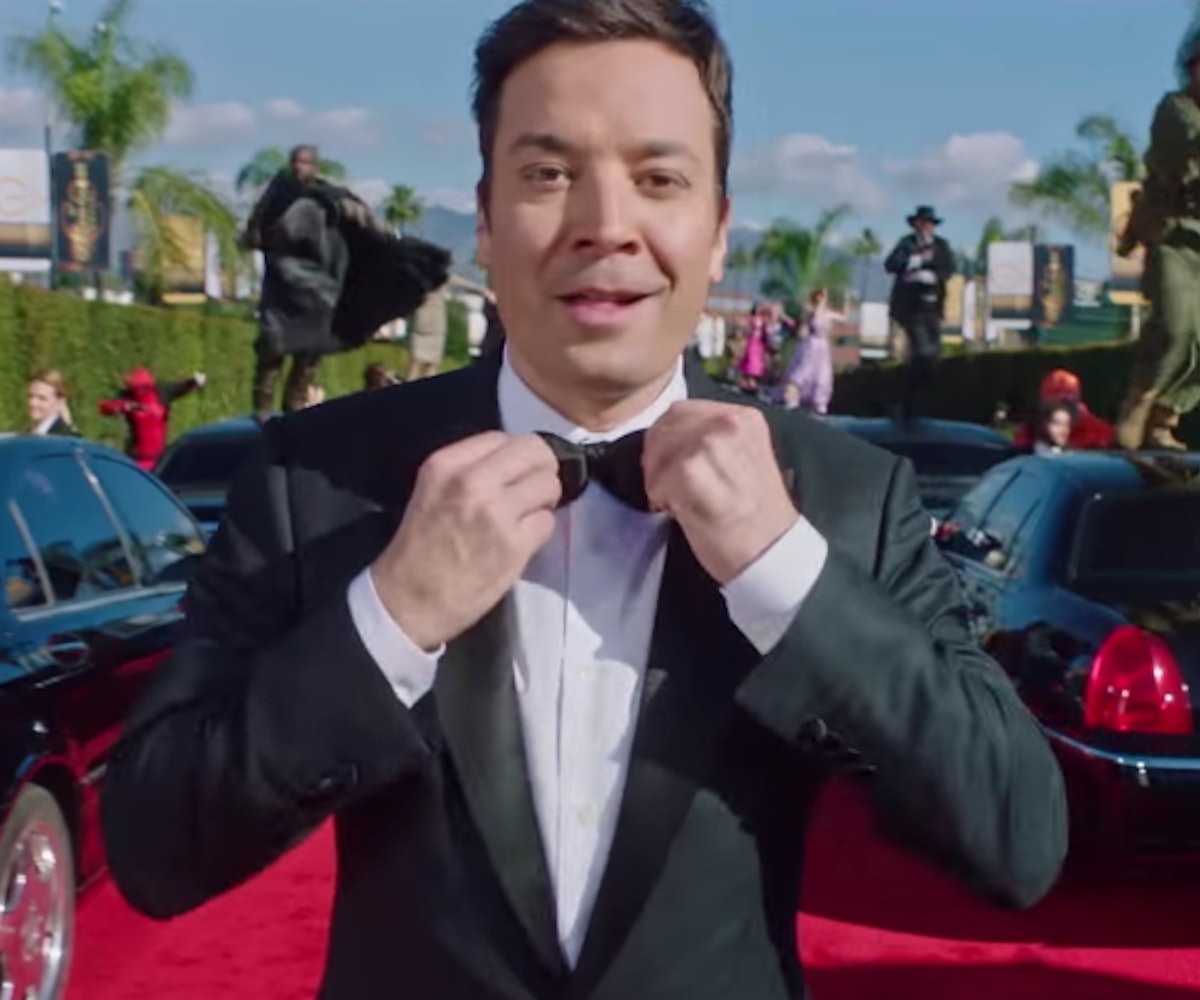 After Ricky Gervais opened last year’s Golden Globes with a searing, sometimes bitter monologue, the show’s producers made a U-turn this year by hiring song and dance man Jimmy Fallon as host. And since La La Land led all movies with seven nominations, it was only fitting that Fallon opened tonight’s broadcast with a glorious tribute to the movie’s virtuoso opening sequence. But instead of a traffic jam on the fearsome Los Angeles freeway featuring a bunch of anonymous Angelenos, Fallon’s version involved a crush of limos trying to get to the red carpet, and as these things tend to go, it was pretty damn star-studded. Fallon emerged from his car and was immediately joined by Nicole Kidman, who was followed by a snoozing Kit Harrington, and then Amy Adams and some backup dancers in orange hazmat suits, an ode to her movie Arrival. Soon, some of your favorite actors appeared in character. There was Rami Malek as Elliot, Evan Rachel Wood as Dolores, and the Stranger Things crew, highlighted by a dope verse from Millie Bobby Brown. There were backup dancers dressed as stormtroopers, Game of Thrones wildlings, and WWII soldiers, a nod to Hacksaw Ridge.

And then, Fallon took the piano Ryan Gosling-style to serenade the other Ryan (Reynolds). "Room full of stars, they've been getting drunk since three.” And because a Jimmy Fallon sketch would not be complete without a Justin Timberlake appearance, his “Dick in a Box” co-star showed up just in time for the two of them to float off into the night sky, solidifying their undying bromance. Watch it all go down below.