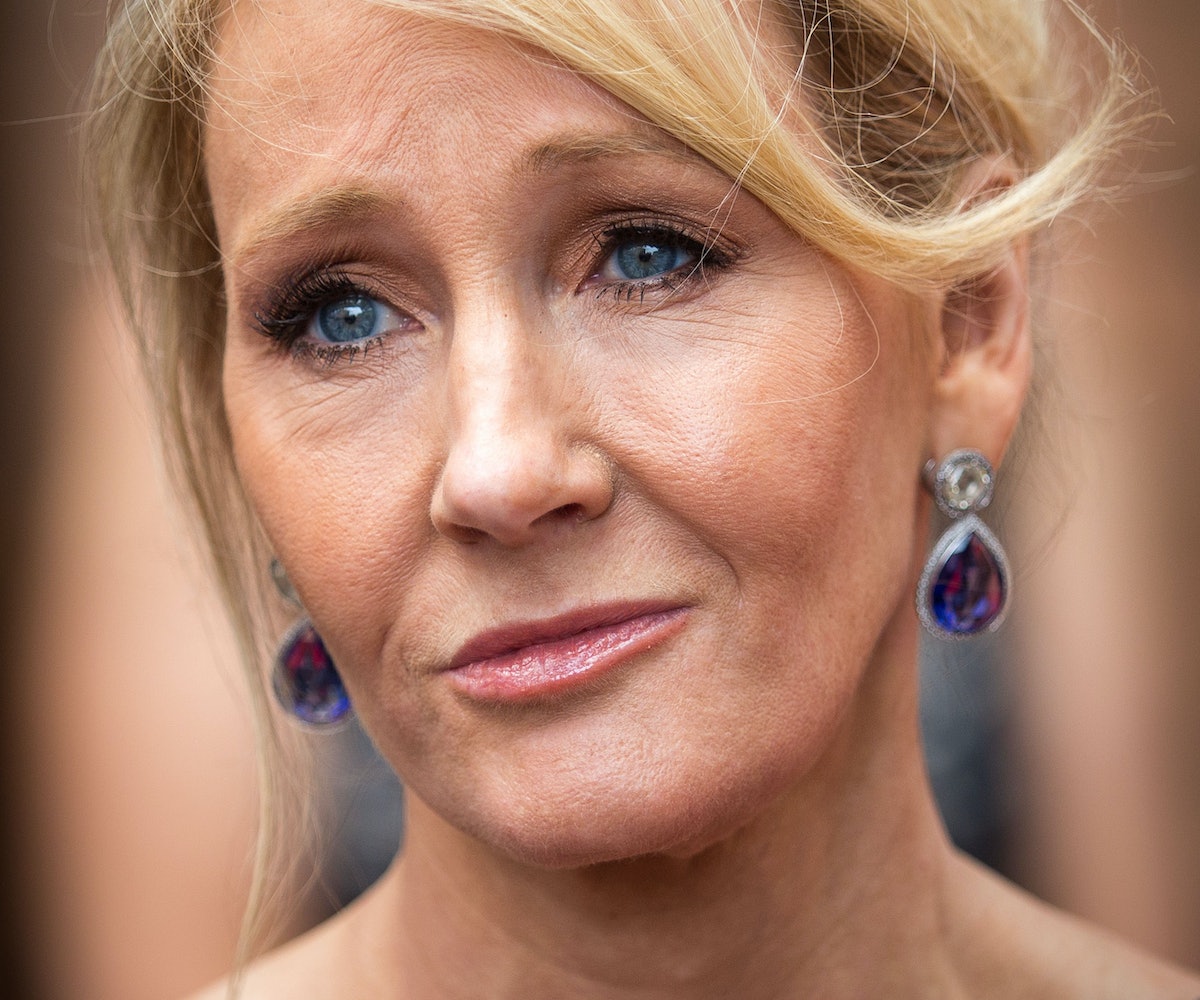 When we found out that Harry Potter and the Cursed Child was turning into a play, we assumed that this meant the series was far from over. After all, the book was only released a day ago and reviews are already flying in. Of course, J.K. Rowling had to go and dash all of our hopes and dreams when she announced that this is the last we'll hear about Harry Potter.

"[Harry] goes on a very big journey during these two plays and then, yeah, I think we're done," she told Reuters. "This is the next generation, you know. So, I'm thrilled to see it realized so beautifully, but, no, Harry is done now."

Remember the scene from Harry Potter and the Prisoner of Azkaban where Hermione Granger punches Draco Malfoy in the face? (Because he had it coming and totally deserved it btw.) That's how we feel right now, except it's like we've been stabbed in the heart repeatedly for the past 19 years. All of the untimely deaths throughout the series were hard enough, but this is so much worse. Rowling might as well have said, "Avada Kedavra."

We've never been ready to let go, but at least we can be comforted by the fact that Rowling is still writing. Who knows, maybe she'll change her mind and the Boy Who Lived will return to the script? For now, we will enter the first stage of denial as we obsessively read Harry Potter and the Cursed Child.