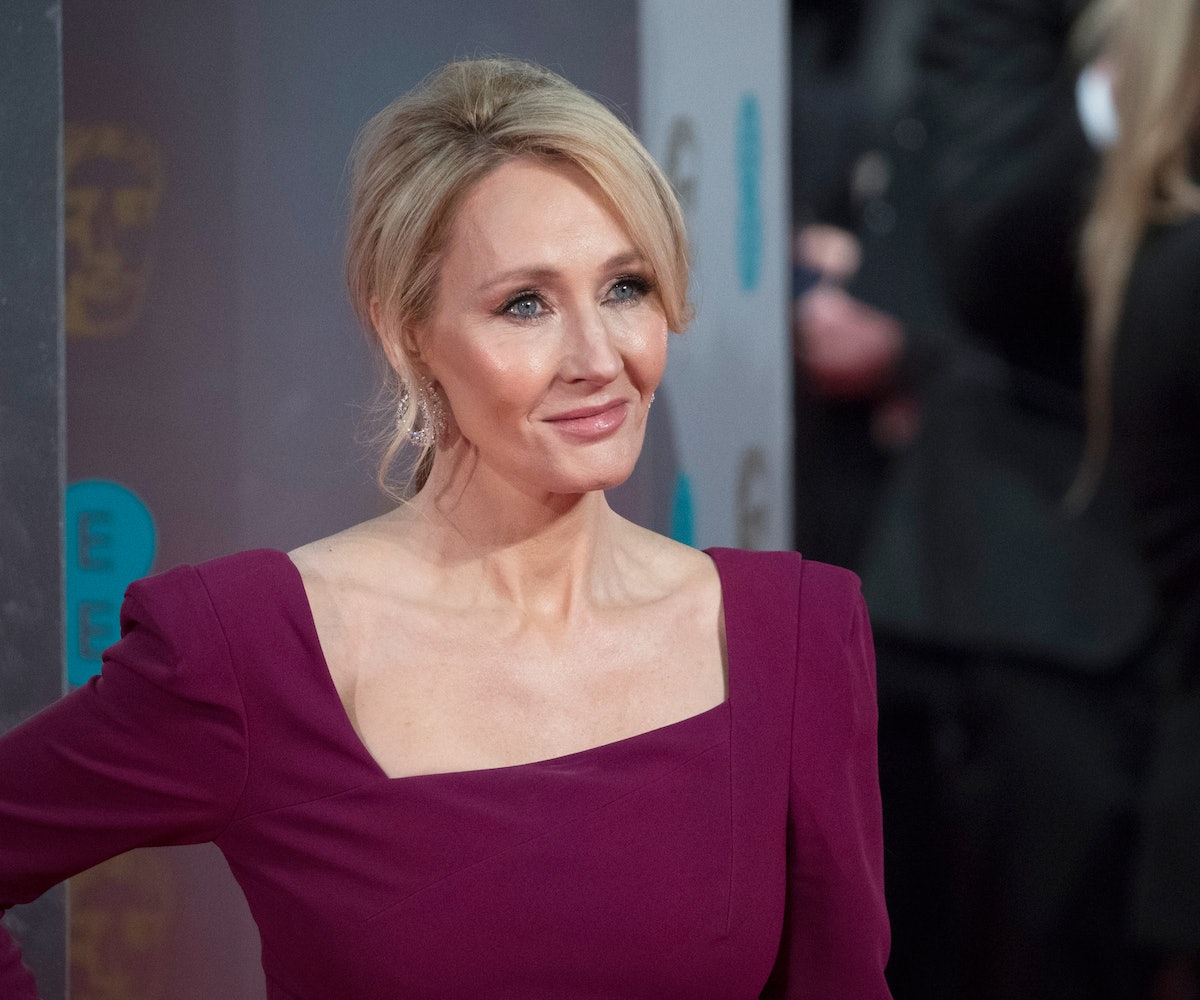 Following the majorly surprising British election yesterday, in which the Labour Party presented the ruling Tory Party with a massive blow, current Tory Prime Minister Theresa May found herself on the receiving end of some major social media blowback—including some that was blatantly sexist. Enter J.K. Rowling, who is no stranger to using her platform to voice her opinion and instigate change, and who is also no fan of sexism. Though Rowling does not support May, she also has no time for the kind of liberal men who resort to sexism whenever they don't agree with a woman's opinions.

Rowling used Twitter this afternoon to sound off on misogyny and the double-standards women in the spotlight face. "Just unfollowed a man whom I thought was smart and funny, because he called Theresa May a whore," she said, kicking off a 14-tweet long statement. "If you can’t disagree with a woman without reaching for all those filthy old insults, screw you and your politics." Rowling is, of course, commenting on the nasty, low blows men often use to degrade women in power.

"Every woman I know who has dared express an opinion publically has endured this kind of abuse at least once," she continues, "rooted in an apparent determination to humiliate or intimidate her on the basis that she is female." These types of remarks men make are lazy and uninformed. We saw it with Hillary Clinton's presidential campaign, but it happens all the time. Rowling finishes by denouncing any man who claims to be liberal but demeans women to reclaim their own power. She says, "If your immediate response to a woman who displeases you is to call her a synonym for her vulva, or compare her to a prostitute, then drop the pretense and own it: you’re not a liberal." Amen.

Dear men, do better. These childish remarks are getting boring.