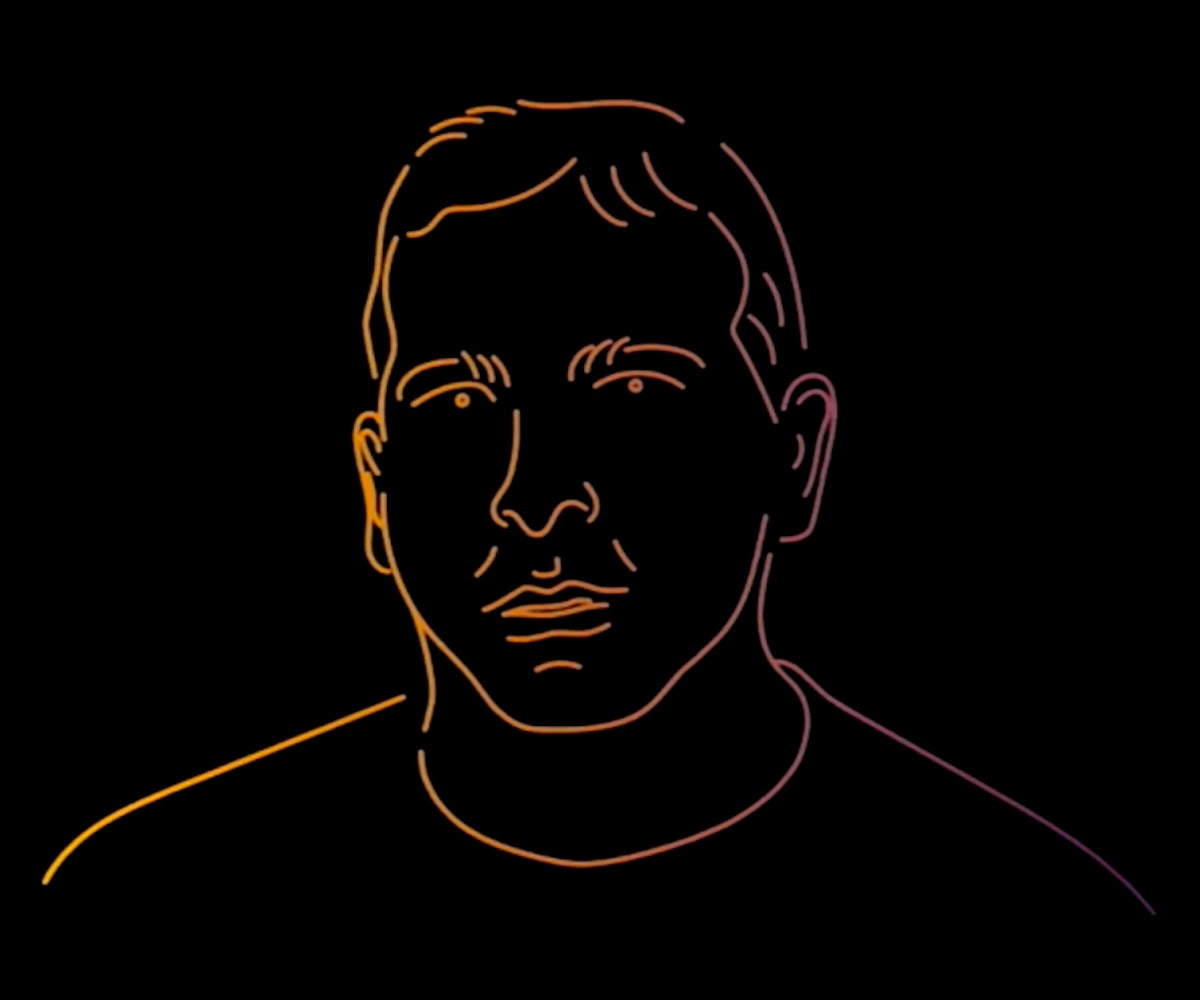 Not so long ago, Joe Goddard was reading an interview of Brian Eno. In it, Eno discussed the overabundance of pop records in the world, how the idea of the necessity for anything new was untrue. This was in the '70s.

Today, Goddard feels like the same can be said for house music, a genre he has helped shape during his nearly two-decades-long career. "We have enough," he tells me. Regardless, the creative mind has to channel its energy somehow, and Goddard's done just that with his first proper solo LP, Electric Lines. It's serendipitous. Goddard's architected a journey through the history of house music, cluing listeners into his musical influences with nuanced spins on pop samples and instrumentation. "I think it works as an entire listen," he says. "It's like a tasting menu of electronic music." Electric Lines is an anomaly among current releases that ride the highs of a few standout singles. It's an album's album, one that will prompt someone somewhere to say over drinks, "They just don't make 'em like this anymore."

Indeed, the democratization of electronic music has crowded the playing field and paradoxically made it both easier to succeed and harder to stand out. The world may not need more of the same house records, but it needs records like Electric Lines to keep the scene in check and disrupt the build-drop-build-drop narrative fist pumping through the zeitgeist. House music is, after all, about the journey. Goddard just so happens to make one fine guide. Take notes, kids.

Would you say the accessibility of making music today is a good thing or is it taking the art out of the music?

It's a really, really massive issue—one I've seen happen in different industries. My father is a film editor and worked with real film; he would physically use a razor blade, cut the film, and join it together with glue. In those days, you had to be very skilled in order to do that job; you had to be trained, and once you could do that job, no one would really tell you what to do. I saw that switch in his industry to a point where the clients all had a MacBook with Final Cut or whatever and they were having a go at doing the editing themselves; everyone thought that they could do the job. The democratization of these kinds of jobs, in some ways, is an incredible thing. However, I feel so overwhelmed by the volume of new electronic music that it takes me a long time to make up my mind about it. Even a new record that I am really looking forward to listening to, by an artist that I'm really excited about, sometimes it takes me months to really focus on that record and start to love it and start to know it inside and out. I feel like it makes it difficult for any new artist starting out to make themselves known and make their voice heard. It can be pretty depressing, as a creator.  Does the world really need more house records? At the same time, the fact that it's so easy and so accessible and everyone can have a go means these amazing young people are able to get their talent out in the world.

If the world has enough house records, why keep making them?

I'm not satisfied with what I have done, so part of my brain is like, "You can do better." Or, in an egotistical way, I'm not entirely happy with anything that I've made. My brain is always in studio mode. I get an enormous amount of satisfaction out of starting a track and feeling like it's going somewhere, feeling like it has a good dynamic or a good groove, or this chord sequence is really making me feel something. I'm so obsessed with that feeling that I don't think I'll ever stop making music just for that reason, for the sheer joy of the process. I'm really in love with that act of creating. I'd be perfectly happy spending my time doing that for the rest of my life.

Would you say then that being in love with the process and getting fuel out of that is one the best things that a young electronic producer can do?

The writer and speaker Malcolm Gladwell has this 10,000 hours rule that basically says you have to do something over and over again to get good at it. Feeling like you have never fully learned everything is key. It makes you feel more powerful, exciting, interesting, and nuanced. I feel like that's an endlessly exciting thing to try to master, so I ascribe to that. I feel like if you want to get good at that, then you just have to put time into it.

You consider Caribou's "Can't Do Without You" to be a genius song. What about it earns it that title?

The thing that I find most exciting about that is the fact that it has an incredibly amazing dynamic to it. It never gets less big and exciting. It's on a constant upwards gradient from the start of the track to the end of it. It's always increasing in excitement and velocity. It begins very, very small, very filtered, very gentle and just builds and builds and builds; so conceptually, it's very strong. It doesn't try to adhere to any verse, chorus, breakdown, any of that stuff. Emotionally, it just really nails what I love in music. It's neurologically fantastic.

It makes me wonder in breaking down the traditional structure of music and all those things, what is the role of a DJ today?

I DJ a lot, and, in some ways, there's still a very stable place for the DJ to just do what a DJ has always had to do which is literally providing a simple kind of entertainment. I think a certain percentage of people that go to a club on a Friday or Saturday night, even today, don't really know who's DJ'ing; it's more just a moment of escaping and being with friends, and a DJ is just providing wallpaper or a soundtrack. I don't have a problem with that. The DJ is a curator. These kind of curators are incredibly important today because of the sheer volume of music that's coming at you every week; they filter through and deliver.