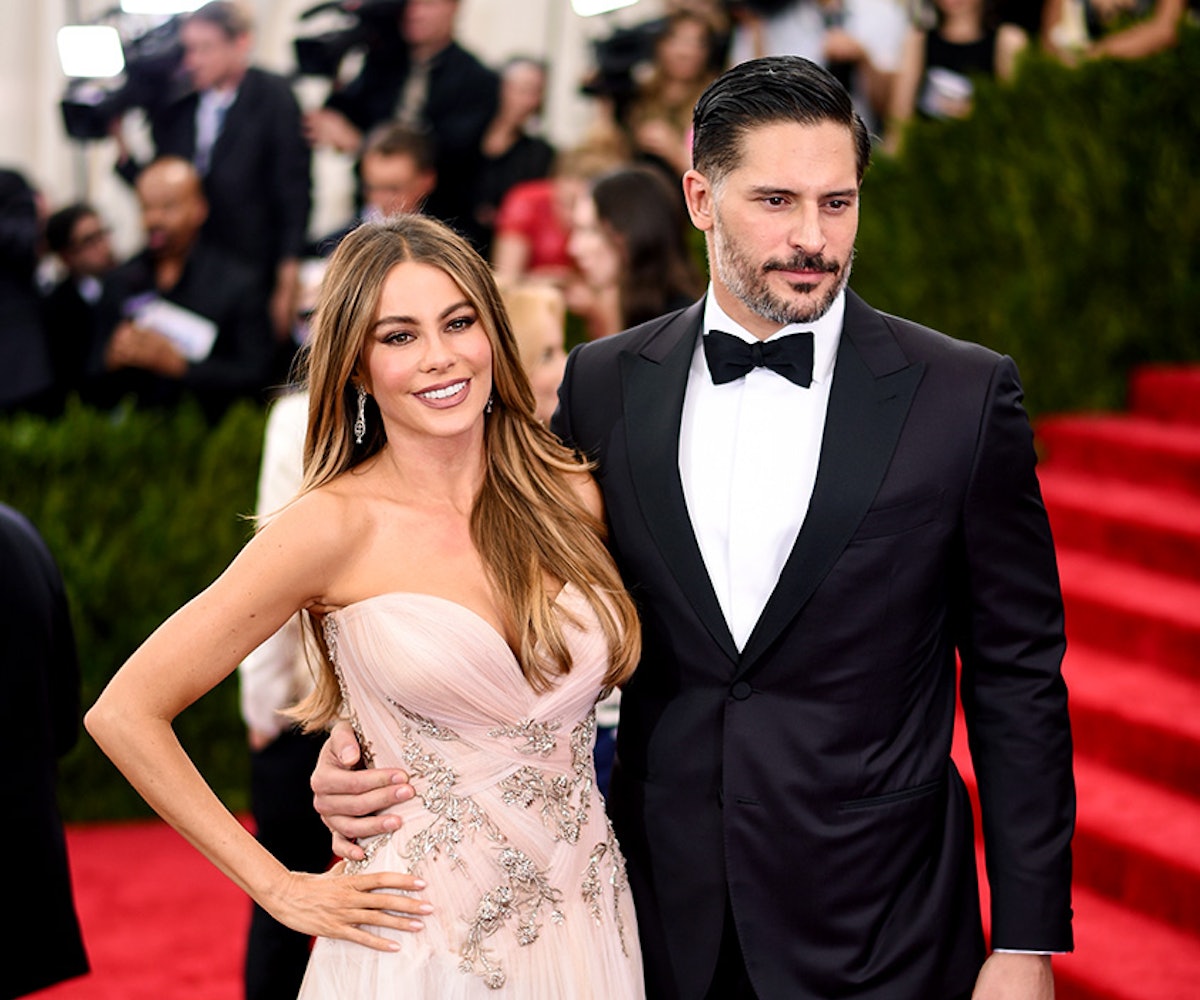 In case there was ever any doubt as to whether those Magic Mike guys were as smooth as their greased-up abs, well, Joe Manganiello is here to get rid of it faster than a pair of those tear-away pants. On yesterday's episode of Live! with Kelly and Michael, Manganiello told America's most informed housewives the tale of how he proposed to Sofia Vergara. And, yes, hearts were melted and body temperatures were raised.

"I wasn't nervous that she was going to say no," Manganiello said, because, of course he wasn't (after all,

in her gym). "I was pretty confident in that. But you only get one chance to do it, and if you're going to do it, you gotta do it right." So, he decided to learn Spanish and write a long, sentimental speech, which came complete with nerves and sweaty palms. "The last thing you want to do is mess up the Spanish on the proposal to the Colombian woman," he wisely said. Part of the speech was, "Eres mi todo," which (to those not replete with 7th grade Spanish knowledge) means "you are my everything."

Yes, ladies and gentlemen, that was the sound of box office sales rising.