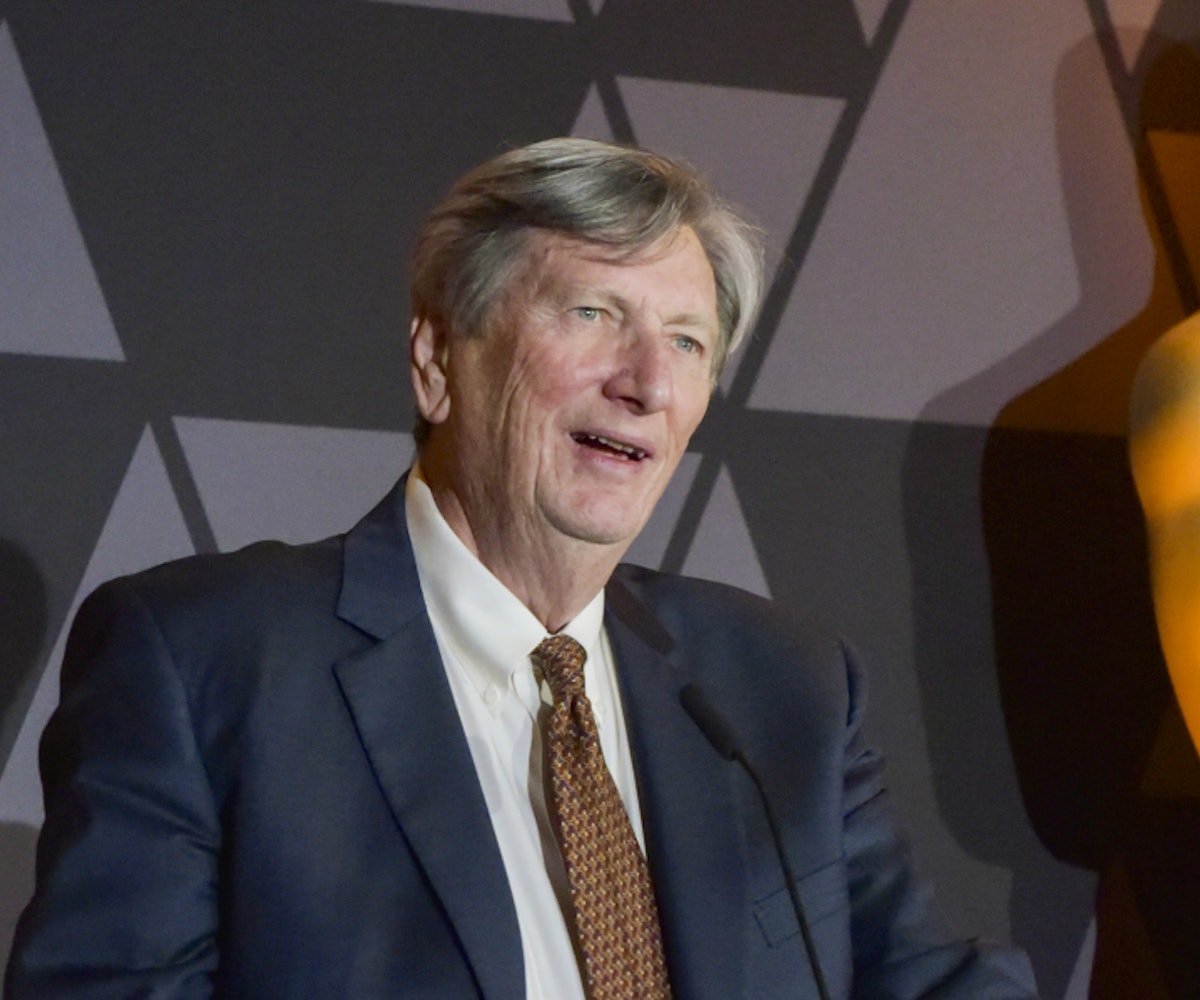 In an announcement that will likely surprise zero people, Hollywood's pervasive culture of sexual harassment goes right to the very top. This week, Variety revealed that Academy of Motion Picture Arts and Sciences president John Bailey is under investigation after receiving three complaints of sexual harassment against him.

Bailey, a prominent cinematographer known for films such as "The Big Chill" and "Groundhog Day," was elected to a four-year term as Academy president in August 2017. According to Variety, if he is forced to step down, he will be temporarily replaced by Lois Burwell, a veteran makeup artist and the Academy’s current vice president, until the Academy holds another election in July.

It is not currently known who filed the complaints against Bailey, which the Academy received on Wednesday. Under his tenure, the Academy has had to handle the fallout of numerous high-profile sexual assault cases in the entertainment industry. Most notably, the Academy expelled Harvey Weinstein just over a week after The New York Times released its bombshell story on his decades of abuse. This led to the adoption of a new code of conduct and procedures for the discipline and expulsion of Academy members who have committed abuse, harassment, or discrimination.

The Academy released its own statement on the matter:

The Academy treats any complaints confidentially to protect all parties. The Membership Committee reviews all complaints brought against Academy members according to our Standards of Conduct process, and after completing reviews, reports to the Board of Governors. We will not comment further on such matters until the full review is completed.

It is unclear when the investigation will be completed and if Bailey will go quietly, either on his own volition or by the Academy's. Bailey himself has not yet commented on the accusations, though there is evidence that suggests he does not handle criticism well. When Bailey was first elected to the presidency, Variety raised the point as to whether electing a 75-year-old white man to lead the Academy would help the industry's diversity problem. Bailey shot back by saying, "What you just said is bulls—. I was born a white man, and I can’t help it that I’m 75 years old. Is this some sort of limiting factor?"

Perhaps Bailey will miss the point of his sexual harassment investigation, too.