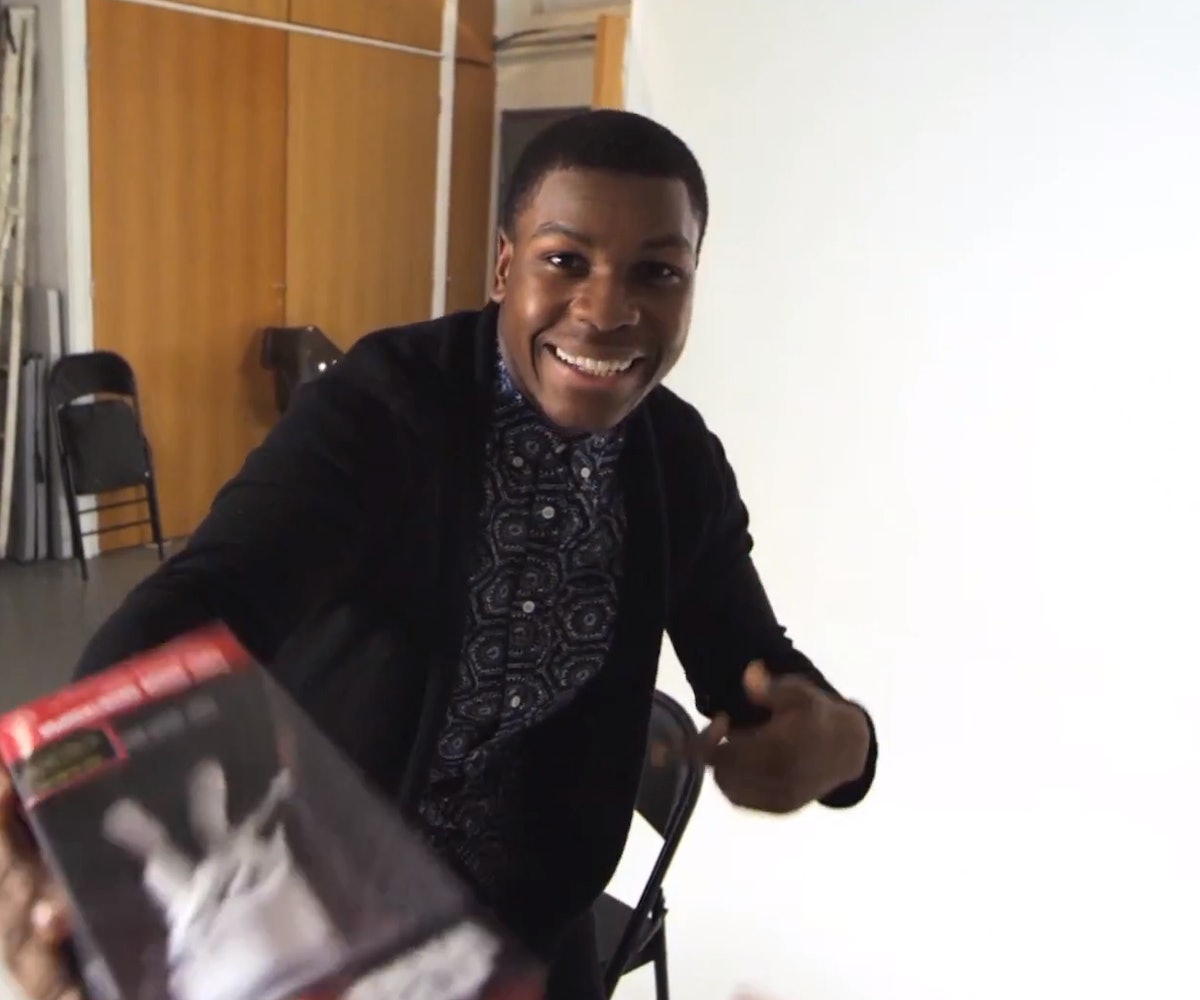 If his reaction to the new trailer is anything to go by, John Boyega is very stoked to be in Star Wars: The Force Awakens. And who can blame him? The British actor was largely unknown when he was cast as reformed Stormtrooper and possible Jedi, Finn, and like pretty much everyone else, grew up a massive fan of the space saga. But even we didn't realize the depths of his fandom until we approached Boyega at a recent photoshoot to ask for an autograph. Let's just say that he's not just in Star Wars, but he's into it, too. Really, really into it.