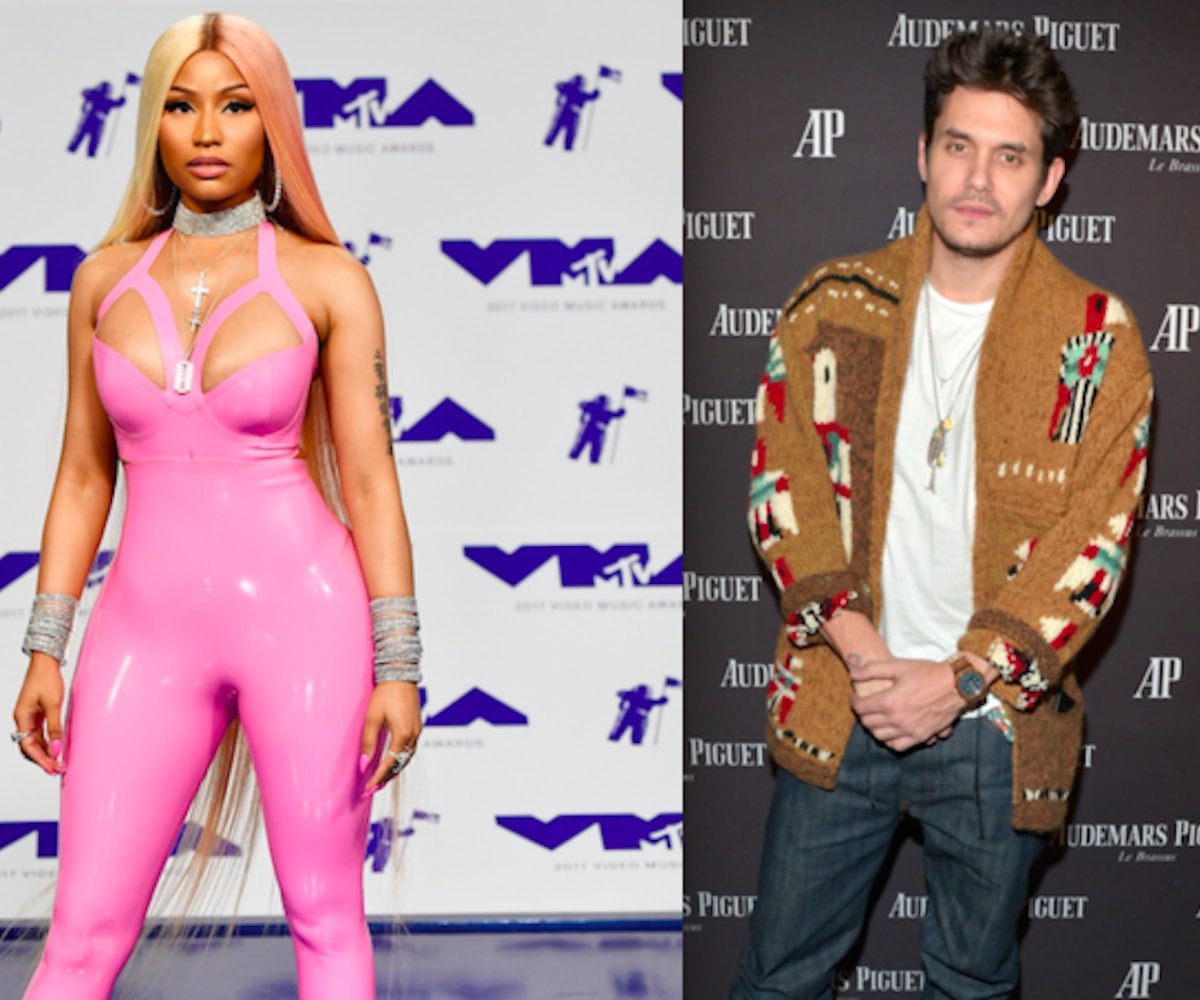 Twitter is a wildly interesting platform in which we have access into the minds and interactions of celebrities and public figures, some of which we never asked for (for example, our lunatic president), and some of which simply act as a great source of entertainment.

So when John Mayer tweeted that he spends an "inordinate amount of time per day wondering if Nicki Minaj would like [him] or not," most people attributed the interaction to the latter category. Nicki Minaj even tweeted back and the whole thing just seemed harmless and rather charming. A profession of interest from one talented musician for another! What could be problematic about that?

A lot of things, it turns out—specifically based on some offensive comments Mayer has made in the past. Mayer quite frequently has been embroiled in controversy for his troubling views on women, but his response during a 2010 interview with Playboy Magazine stands out as disgusting, particularly in our current political climate.

In this interview, Playboy asked Mayer "Do black women throw themselves at you?" (a grossly worded question to begin with), and Mayer responded "My dick is sort of like a white supremacist. I've got a Benetton heart and a fuckin' David Duke cock."

Considering Minaj is a black woman, Mayer's Twitter flirtation seems much less cute with this vulgar comment looming over the whole interaction. And people immediately called him out.

Megha Mohan, a journalist for BBC, summed up the issues with this entire interaction perfectly in a series of tweets:

And while Mayer's comments relating his penis to a Ku Klux Klan member were definitely terrible back in 2010, they reach a whole new level of offensive in 2017, when we literally lost a young woman's life to the horrible actions of white supremacists. For Mayer to have the audacity to publicly tweet what he did, especially knowing what he's said about black women in the past is just wildly tasteless.