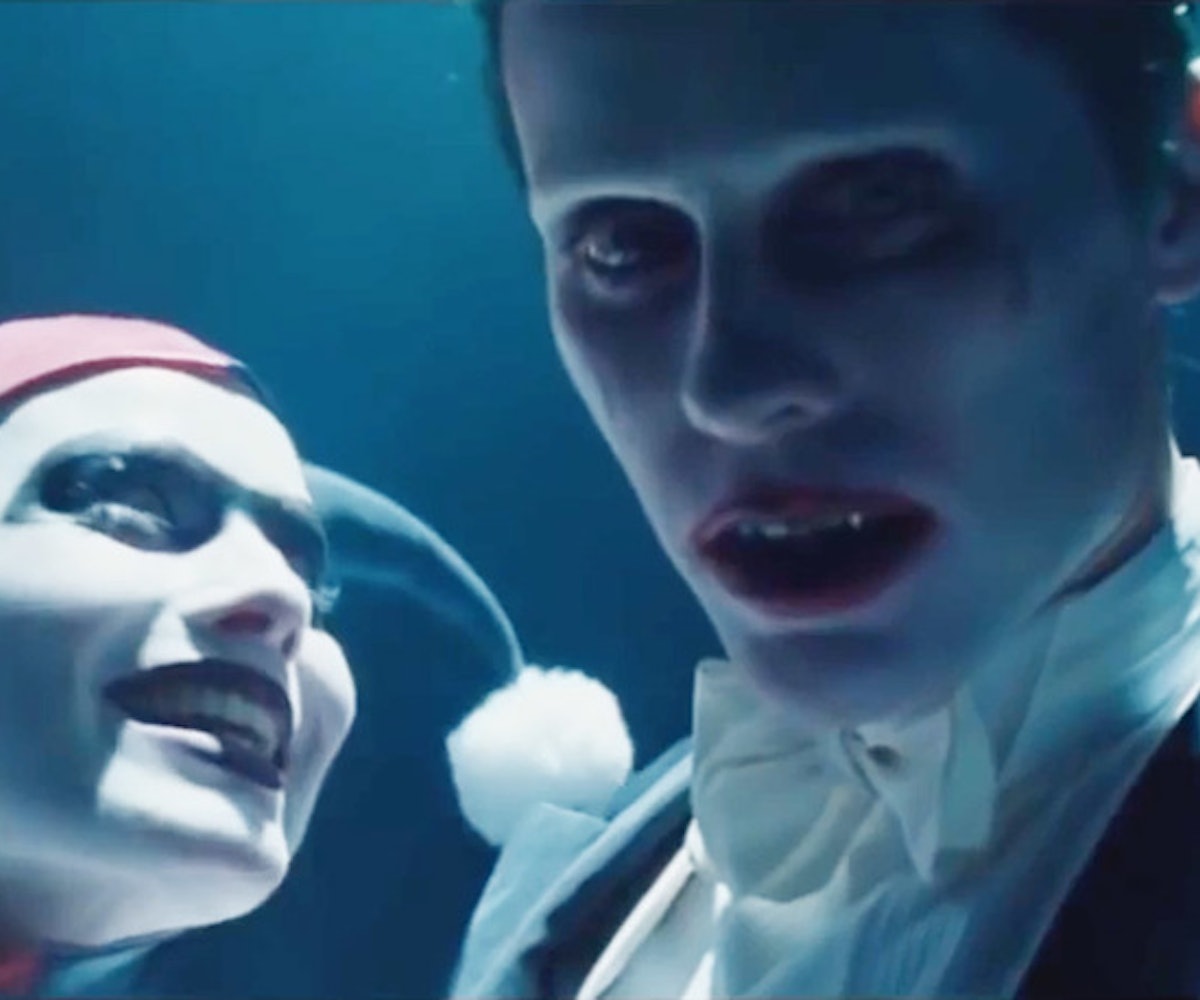 The Hollywood Reporter announced that Warner Bros. is currently developing a movie about The Joker and Harley Quinn, and no one is that excited about it. The directors and producers behind Crazy, Stupid, Love will helm the new project. Jared Leto and Margot Robbie will reprise their roles as the most dysfunctional couple in the Batman universe.

So far, the movie has been described as a "criminal love story" and "When Harry Met Sally on benzedrine," according to THR. And a lot of people are already wondering if we really need a movie like this, considering The Joker and Harley Quinn's abusive relationship, when there are so many other characters that could be explored.

Some people offered their own ideas for a better film, like one starring Poison Ivy and Harley Quinn where they kill The Joker.

A lot of people, in fact, hope the movie ends with Quinn killing The Joker, Kill Bill style.

People are especially confused because there is already another solo film about The Joker in the works. Meanwhile, WB seems to be unable to get a director for The Flash.

Basically, people don't have high hopes for this movie.

The internet to WB: keep it.

NEXT UP
Entertainment
Paramore Finally Has A Release Date For New Music
Entertainment
Cate Blanchett Plays A Troubled Genius In 'TÁR' Trailer
Life
Unfortunately, An Amber Heard & Johnny Depp Trial Movie Is Coming
Fashion
This Y2K-Beloved Bag Is The Most Sought After Item Of 2022